WWW
D_J_W (David Waters) said
Hi all,
I have been looking at making a chopper for sometime and came up with this design about the time the campaign was announced. 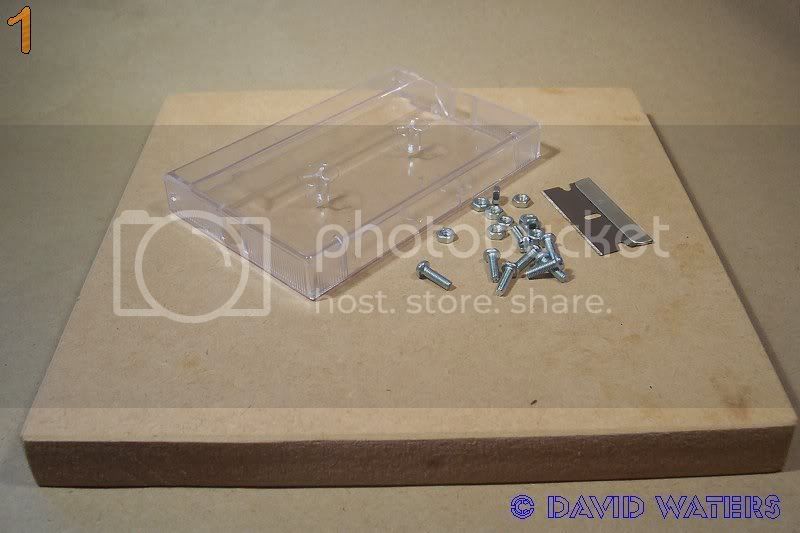 a. one audio cassette case
b. one single sided razor blade
c. 3 small screws & 3 small nuts and bolts
d. 1 off off cut of MDF 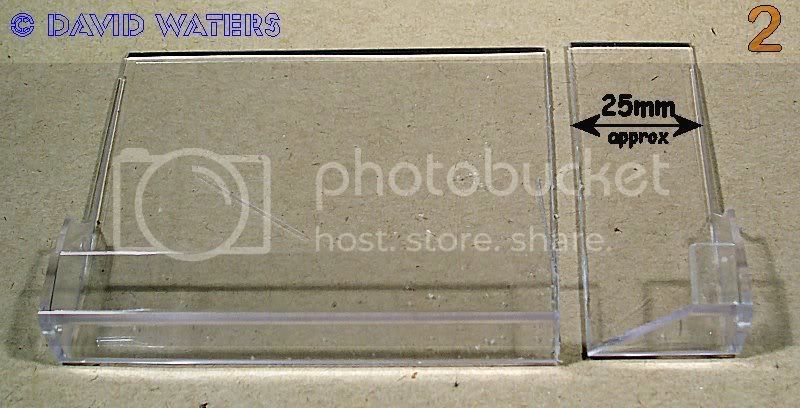 Cut a 25mm (approx0 strip off the cassette case lid and bevel off the end as per picture. 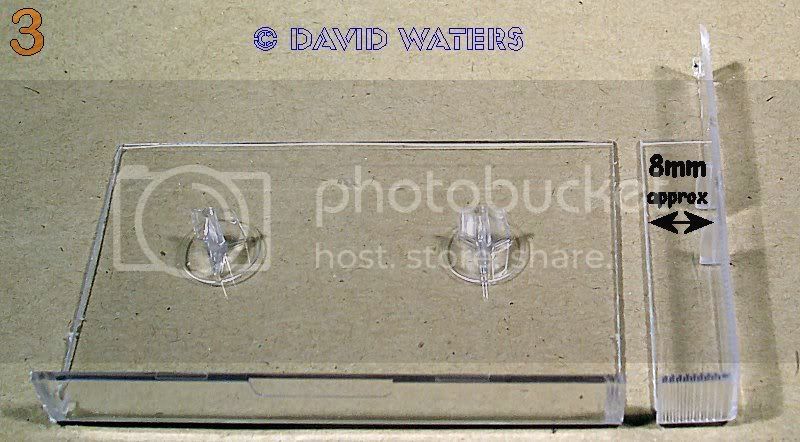 Cut a strip off the cassette base. It needs to be deep enough for the razor blade to clear the base of the cutting arm (the side of the case) while the base of the safety cap rests on the arm (the cut edge) (see photo 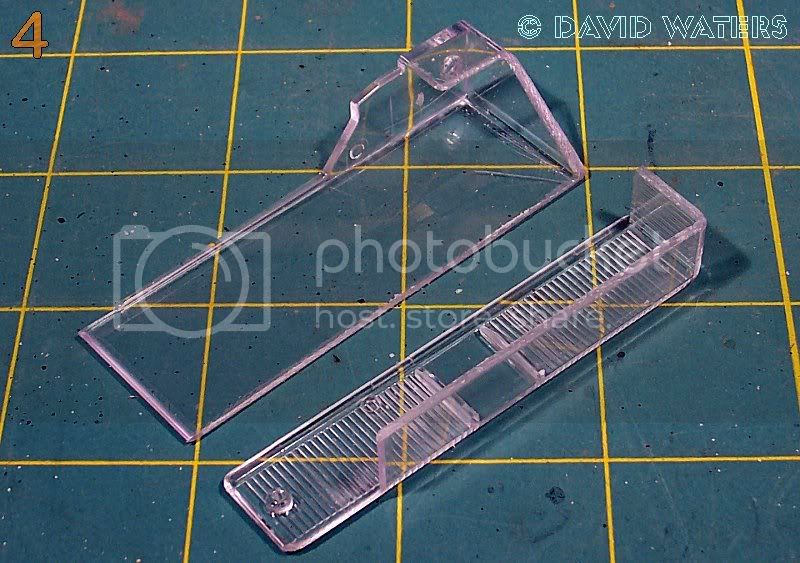 Hinge base and cutting arm. Cut off the original case hinge before it breaks off.

Drill 3 holes in the Hinge Base to take the screws, two roughly on the centre line and the same distance in from the ends. Drill a third hole at the lower edge of the hinge end, this stops the hinge from flexing when cutting. 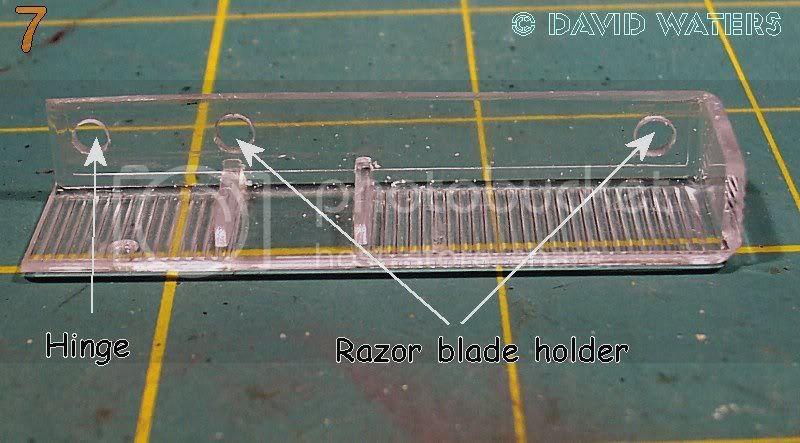 To get location of these holes, hold the razor blade against the cutting arm and mark the location of the holes for the two bolts to secure the blade. Then mark the hole for the hinge. Drill the holes to suit the bolt size (in my case, 3mm). 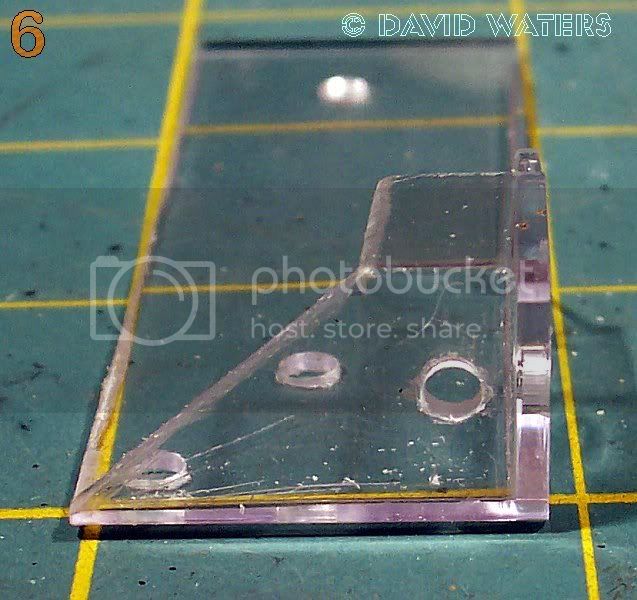 Once you have drilled the holes in the cutting arm, fit the razor blade and with the cutting edge resting on a flat surface and the hinge base on cassette case lid (not shown in photo, see next), mark the the location of the hole for the hinge in base.

Once the Chopper was assembled, I then took the old lid and cut off the remainder of the top and cut a small channel for the blade to fit into. This needs to be at 90º to the longest edge. (As per photo 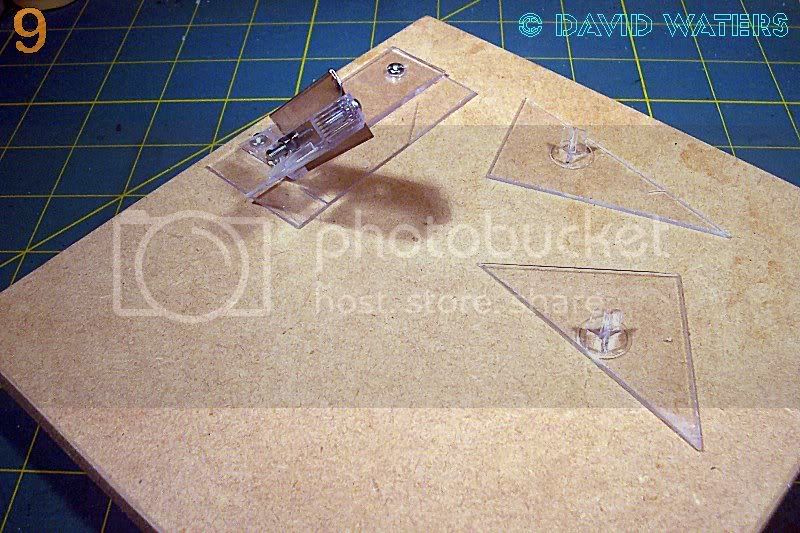 Finally, fix the Chopper to a piece of MDF with the 3 screws. I also cut two triangles from the old cassette base, one 45º and the other at 30º/60º. 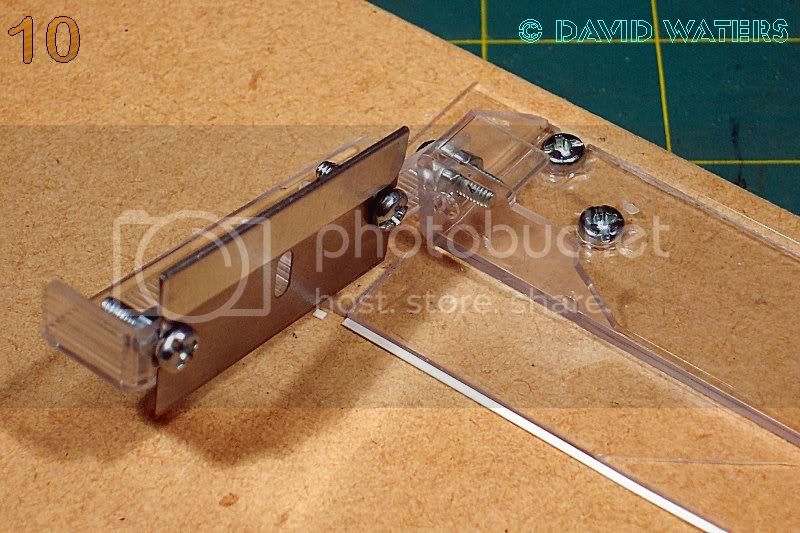 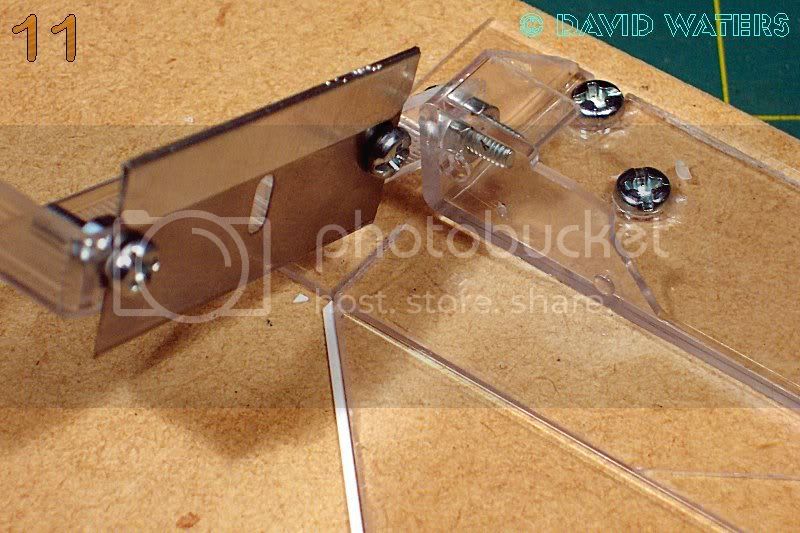 Note: I cut the Hinge and Cutting Arm from the right hand side of the cassette case, because this suits me, being right handed. If you are left handed, I would suggest you use the left side of the case.

"If nothing else works, a total pig-headed unwillingness to look facts in the face will see us through."
General Sir Anthony Cecil Hogmanay Melchett
Blackadder Goes Forth

PROFILE
Grumpyoldman (Dave O'Meara ) said
WoW, I first thought you were talking about a bike.

Looks good, and a good idea to boot.
Character is what you do when no one is looking.
Few things are harder to put up with than a good example.- Mark Twain
Make yourself an honest man, and then you may be sure that there is one less scoundrel in the world.--Thomas Carlyle

WWW
mark197205 (Mark King) said
An excellent idea, and a great way to recycle those old cassette boxes, I can see these turning up on modelling benches the world over.