PROFILE
blaster76 (Steve Joyce) said
So , the advertising begins. I think the original with claymation and starring Fay Wray is one of the greatest movies to come out of the 30's. Usually I sneer at these modern day remakes as they cater more to the teenager and the "special-efects" over the story moviegoer. I think from what I've seen in the ads is that it will remain true to the original (unlike that SUPER-STINKER 1977 version) and may actually classify as one of the few times a remake becomes a classic. I just saw the latest War of the Worlds. I think this is one of those times. It remained a bit truer to the book (other than the bit of the machines) than the classic 53 version. Both qualify as great in my book. I heard there was another version that they period piced it to victorian England. Anybody seen that one? Was it good?
Those who don't learn from history are doomed to repeat it
VMI "76
Order of the Red Nose Plug
Blue Volute Bumper Spring Award

PROFILE
AJLaFleche (Al LaFleche) said
I'm looking forward to King Kong, too. While the opriginal was great in part, some of the King's closeups look pretty hokey.
As to the Victorian setting for WoW, you may be thinking of the 1976 musical recording. 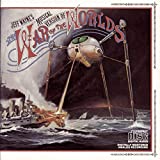 Since you're a fan on the 1953 WOW, check out what's hanging between the Panzer IV and the New Zealand flag:

This is from AMERICAN ARMOURED FOUNDATION when they were on Lonog Island. I don't know if the Martian machine followed them to Virginia.


Wings & Wheels Modelers-IPMS
"Whatever your hands find to do
You must do with all your heart."
From "Through Your Hands" by John Hiatt

PROFILE
generalzod (Chad) said
Steve
A few months ago I had bought that Victorian version of War Of The Worlds True it was truer to the book But the effects...................... Worst Special Effects Ever

PROFILE
blaster76 (Steve Joyce) said
Thanks Chad, that'll save a disapointment.
Those who don't learn from history are doomed to repeat it
VMI "76
Order of the Red Nose Plug
Blue Volute Bumper Spring Award

WWW
PvtParts (John Fortier) said
New KK...looking forward to it..Jackson does half as well with this as he did wit LOTR it will be worth it.

Why not make the whole plane out of the same material the blackbox is made from?

PROFILE
Vadster (Alex Hodges) said
ugh. I'm sorry guys, but King Kong just looks so lame. I don't really see why this movie had to be made...again. Godzilla....lame.....The Hulk....lame....now a gigantic CGI version of the greatest Ape is back and has propped himself up using the credibility of a director who just came off 3 successful movies....lame....I don't see the necessity in re-doing a film that was good/great for it's time simply because it needs to be re-done to modern special effects standards.

Actually you'll find the book was written by H.G. Wells around 150 years ago, so It was actually set in Victorian England........

Actually it was written right at the end of the 19th Century, so it was only just Victorian!

I was hoping for great things when I heard of the remake of WOTW, that it would be the Victorian setting...
Oh well

My deepest apologies to all the Aussies and Kiwis for my mistake. Have a pint

PROFILE
Halfyank (Rodger Cole) said
A couple nights ago AMC and TCM were showing, in that order, the remake of King Kong, and the original, at the same time. You could switch back and forth and see how truely bad the remake was. What a stinker. I like the fact that Jackson chose to NOT modernize the story. From what I can see it looks pretty true to the 1930s era. I'm interested in seeing how the actors, who seem to be going across type in their roles, handle them.

PROFILE
blaster76 (Steve Joyce) said
My thought about calling King Kong lame. Too many of the younger folks are "Sar Wars" babies. Most science fiction movies they watch are judged by these standards. To me, the Star Wars saga is kidee stuff....high on action and special effects low on plot and story. (cute little robots and furry things----UGH) and to add insult to injury it streched out over 6 movies. King Kong was based on "wonderment". In the original you have a steamer landing on a "lost" Tropical island (back then there were several such islands as there were few planes that could fly more than 1200-1800 miles and of course no satalite imagery.) The creatuers were done out of clay....in fact this was the first claymation film ever. (won the Oscar for special effects). The story is wonderful and classic at the same time. They tried one sequel, "Son of Kong" that was so bad very few people know about it. Of course the 77 remake rates in the top 100 worst movies of all time. I think if this new one follows the original it will be a blessing because 1. It is in color 2. the creatures will appear much more realistic looking as gorillas and dinosaurs. In the 30's anatomy was not as well researched and accurate depictions not as high ly stressed.

PLease give us a review whomever goes to see it

PROFILE
Vadster (Alex Hodges) said
I am one of those Star Wars people. I guess we'll just have to agree to disagree. I don't see myself as using Star Wars a a primer for other movies of that type. I, for one, find Logan's Run, the original Planet of the Apes, the original Omega Man to name a few to be great films. All pre-Star Wars. I also am very fond of the TV series Ultraman, Space Giants, & Spectreman - you can't get any cheaper than several Japanese men running around in rubber monster suits, but they hold merit (to me). :-)

I just don't believe the hype over this latest version of King Kong.

PROFILE
Halfyank (Rodger Cole) said
You think Son of Kong was cheesy? Try King Kong vrs Godzilla. I remember seeing that one when I was about five years old. Two guys in bad rubber suits duking it out over a pagoda. I remember I LOVED it when I was five, then I saw it again many years later and wanted to crawl under a rock with shame. Oh well, tastes change.

I agree with Alex, to a point. The first three Star Wars movies, SW, Return of the Jedi, Empire Strikes back, were great fun. I can't say the same about the most recent three. My daughters and I nearly fell asleep in the last one at the movies. Like I said, tastes change.

Your all mean! That poor pixelated monkey!!!

PIXELS HAVE FEELINGS TOO!

PROFILE
LogansDad (Robert F. Hamilton) said
Looking forward to it myself.
Just 2 things I wanted to point out:
Blaster- The original KK was actually Stop-Motion animation of armatured puppets. Kong himself was Rabbit fur & foam over a Steel armature. The dinos were rubber Puppets with Rat mandibles (borrowed from another incomplete RKO picture). No 'Claymation' involved.
AJ- yes indeed, The WOTW saucer survived the move to Danville VA. I've been to see it many a time. It was not an actual Movie prop, but was used as a travelling promotional piece.


The origin of Murphy's Law : "In the beginning there was nothing- which exploded"

"No sense being pessimistic. It wouldn't work anyway."

PROFILE
andy007 (Andrew Barclay) said
Hi Guys,
i saw the Movie last Nitgh and thought it was great! I can't compare it to the other King Kong movies as I haven't seen them. I felt that Kong was done very very well and the Skull Island natives were very effective as were the other creatures on the Island. I recommend it to everyone.

That one could be considered a classic in comparison to 'Godzilla versus The Smog Monster'... incomprehensible and prone to spontaneous Japanese 60's pop song interludes!
RECOMMENDED!

PROFILE
blaster76 (Steve Joyce) said
Well, the reviewers and the public seemed to love the King Kong remake. Might try talking my sister and kids into it next week. I've read the War of the Worlds at least 4 times. I have always adored the Sci-Fi greats like Wells, Verne, Asimov, Heinlein, Bova . I am hard core in my Sci-fi movie preferences but I love the 30's-40's Universals. Got im all in either DVD or on tape except Son of Kong and Mighty JOe Young, and now that those are out on DVD it won't be long
Those who don't learn from history are doomed to repeat it
VMI "76
Order of the Red Nose Plug
Blue Volute Bumper Spring Award