Hi there Guys!!
I was just reading a magazine and there was some pics of an expo with many figures!!
Some of them where from great heroes and legends throughout history but with the shape and form of the movies made the last years!!
Example:Troy-Achilles ,Great Alexander, and many others!
I wont hide i mentioned them cause they are from our(Greek) history!
Never the less my point is why the companies release such figures depending on the movie!!
Also the Gladiator Maximus from the movie!
Why don't release many other legends from history??
What's your opinion in this?
Show the legend and not the actor to the figure you're making!!
That's my point!!!
Cheers to all!

"Keep Working,Keep Building and Keep Having Fun
Cheers to all, George"

WWW
HeavyArty (Gino P. Quintiliani) said
Simple marketing. The movies are fresh in people's minds and the actor in the movie is who they associate the historical character to look like. So the model companies give them what they expect and sell figures, hence making money.

The market for actual historical figures isn't that great. Just the way it is.

PROFILE
Blade26 (George) said
You're right Gino that's why the do it!
Marketing is the answer!
But what do you think off all this!
What's your opinion and what would all of you modelers would like to see more from the companies refering to History???


"Keep Working,Keep Building and Keep Having Fun
Cheers to all, George"

PROFILE
Sabot said
Be grateful that Hollywood movies glamourize the historical figures and companies decide to make them into models.

Either that or start your own model making company that produces the historcal figures you wish to see.

PROFILE
auburn (Phil Walden) said
Guys,...
I tend to feel the same as George,..l started figures some thirty yrs. ago, because of a love of art and history, research then was what it was all about..
Now I sculpt my own stuff, sure Holywood gets the juices flowing,but that is where it ends, Ive watch all the above mentioned films, great stuff but actors and hollywood dont cut ice....its interest in a period and the research that is the enjoyment...
Sadly to-day I see blokes taking about figures on the sites whos knowledge of history is thin as is the history their hobby, perhaps this is brought about by the influence of film..I understand all about the marketing aspect, have to handle it myself but dose it colour history,... I still tend to feel the same as George

PROFILE
spooky6 (David Blacker) said
I think the movie-theme figs are a good way to get kids and other newcomers to the hobby interested. It's the same with all aspects of modelling. Aircraft and vehicles famous in movies are popular. For all the history buffs, there's no shortage of historically accurate figs, are there? So everyone should be happy.

WWW
lestweforget (Dave Brown) said
Well for the most part the Figures are usually fairly accurate, uniforms and gear etc... I guess if your going for that ultra historical aspect then the only downside to these figs are the faces of Brad Pitt and Russel Crowe on them, spose you can always get a different head hey, but it is true about the marketing side, if the film was popular, then why not make a figure to try and cash in on it.
Cheers

Well for the most part the Figures are usually fairly accurate, uniforms and gear etc...


I can see both sides of the arguement here.
In many cases there is no accurate portrait of ancient historical figures, so Russell Crowe is as good as anything(?). However if anyone models William Wallace as depicted by Mel Gibson, I think they are seriously at odds with the facts, & need to go & look @ the statue near Stirling!
If you really want an accuracy nightmare look @ Capt. John Smith as depicted by Disney (in Pocahontas). I know it's only a cartoon, but the blond square-jawed hunk as depicted by Disney was actually a short, tubby, ginger bloke! I think you'd notice the difference in 54mm!!! :-) :-)

"Lord Raglan wishes the cavalry to advance rapidly to the front, follow the enemy, and try to prevent the enemy carrying away the guns. Troops of Horse Artillery may accompany. French cavalry is on your left. Immediate. Airey."

WWW
kiwibelg (Shay) said
Interesting thread.To be honest it is great to see more Greek legends appearing figure wise.Greeks have played an important part in our past.However,i think the model industry is fair when it comes to producing models from various figures and time periods.If Hollywood can get more people interested in our past,then we could see more model companies coming out with more of a variety of figures .Maybe i haven't looked hard enough but it would be great if a ANZAC(Australia and NewZealand Army Corps) 1:35 was on the market.Great for a WW1 dio with trenches etc.
I personally think that would be good for us Kiwis and Aussies as i think we are neglected.We always get lumped in with Commonwealth figures!!
ANZACS played an important part in every phase of WW1,it should be respected.
Maybe also some 1:35 Maori figures.Rommel had enormous respect for them in WW2.Good for a desert scene with a couple of Maori charging the enemy.
I guess George there will always be two sides to the knife.
Cheers,Shay

PROFILE
Halfyank (Rodger Cole) said
I'm just curious, are the figures being marketed as depicting the actor from the movie? If that is how they are sold then you're getting what you pay for. If they are portraying the figure to be an accurate representation of the historical character then it should look like they might have looked in history. Hardly like Brad Pitt or Russle Crowe. If nothing else I doubt the hair styles, and facial hair, or lack of it, would be accurate.

Crowe's Maximus is figure of pure fiction as is his confrontation with Commodus in the arena. "On 31 December {192 AD} an athlete named Narcissus strangled him in his bath."
From Roman Emperors dot com
Therefore, any Gladiator/Crowe based figures are completely accurate. For that matter, Commodus looked nothing like the actore who portrayed him. 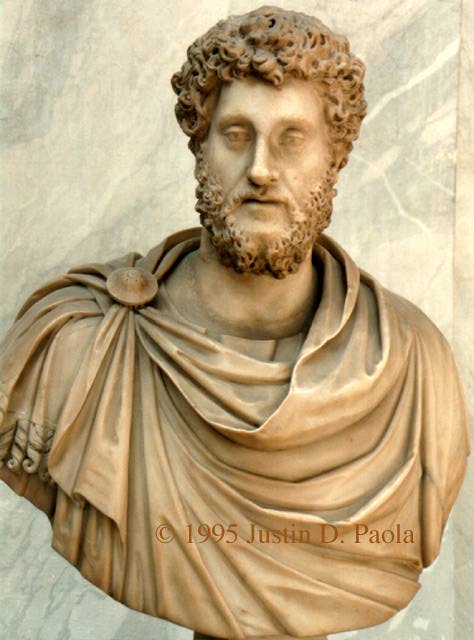 The emphasis should be on historical accuracy. Are the weapons correct, the clothing / uniforms accurately depicted. Coloring correct for the era. Who cares about faces. You can always add a beard to the Pitt figure if that is how Achilles looked. Me, I don't do figures...quite frankly I suck at them. Can't get eyes that look realistic and my lips look like they belong on a pouting Chimp.

Not quite, Al. Maximus was a Roman general of that period. He was a British-born Roman citizen and served at Hadrian's Wall as a junior officer. He later commanded a legion in Germania, being the last general on the Rhine before it fell to the northern tribes. He was also in command during the retreat to Trier. And like Crowe's character was accused of treason. The rest is all fiction of course. The book "Eagle in the Snow" gives a good account of Maximus.

I'd like to see Väinämöinen as a figure. He is a loooong bearded dude from finish mythology. He had a Kantele (kind of a guitar) made of pike's jawbone, and he used to... well it's really neat stuff. Find out more: http://en.wikipedia.org/wiki/V%C3%A4in%C3%A4m%C3%B6inen

I think it's quite impossible to make an exact figure of a person who lived hundreds of even thousands of years ago, but on the other hand, it's good to have even somekind of... mmmm. my englishskills are letting me down.

What I'm trying to say is that these moviebased figures are better than nothing at all.

WWW
exer (Pat McGrath) said
Hei Petri
What about a figure of Väinämöinen from the Canine Kalevala my daughter's favourite story book but her favourite caharachter is Ahti Lemminkäinen, he'd make a good figure
Pat
work to become not to acquire

WWW
Sluff (Petri Manninen) said
That too would be nice.
Or maybe one of the irish eurovision songcontest winners?

We finns are notorious for being the last on that one... "Finland, no points!" :-)

PROFILE
Halfyank (Rodger Cole) said
Hey, I actually know what you guys are talking about! A friend of mine, Richard Worth, who has forgotten more about naval history than I'll ever know, wrote a book years ago called Return to Kalevala. Väinämöinen, or Vaino, and Lemminkäinen, Lempi, are both characters in it.

WWW
Sluff (Petri Manninen) said
Hey Halfyank, last friday I finally received my copy of your friends book, Return to Kalevala. Have only read about 40 pages, but seems to an interesting book.