PROFILE
johnstone (John R Stonesypher) said
What is best way to secure an armor diorama (10" x 11") to the bottom of the shipping box?? Blue Tack??
Thanks in advance

PROFILE
RobinNilsson (Robin Nilsson) said
I don't think that blue tack will be able to hold it in place.

How is the diorama constructed?

If the bottom is solid enough to accept screws I would attach it to a slightly larger board or some pieces of wood and then secure those to the bottom of the box. 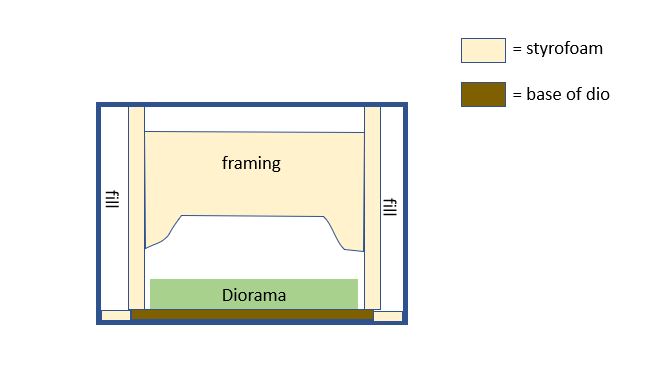 Cut the long sides to match the inside of the box and cut the short sides to fit inside the long sides, similar to the framing piece in the middle.
The design can be developed by cutting tabs and slots to make the whole thing self-locking. Depends on how much time you want to spend on it and if it will be re-used later.