Scratchbuilders!
Built a model or part from your own materials lately?
Hosted by Mike Kirchoff
1st ID Vietnam

PROFILE
captfue (Anthony Fuentes) said
Here are a few shots of a 1/10th figure I've been working on. The figure represents a US Army radio operator(RTO) sometime during the Vietnam war. The piece is totally made from discarded plastics such as: sprure, disposable razor handles, and plastic flatware. If I did this write here is a link to the how to. https://forum.ipmsusa3.org/topic/20356-110th-figure-start/ I'm not sure when I'll paint or even if I will paint it, but if I do I'll post the finished photos. 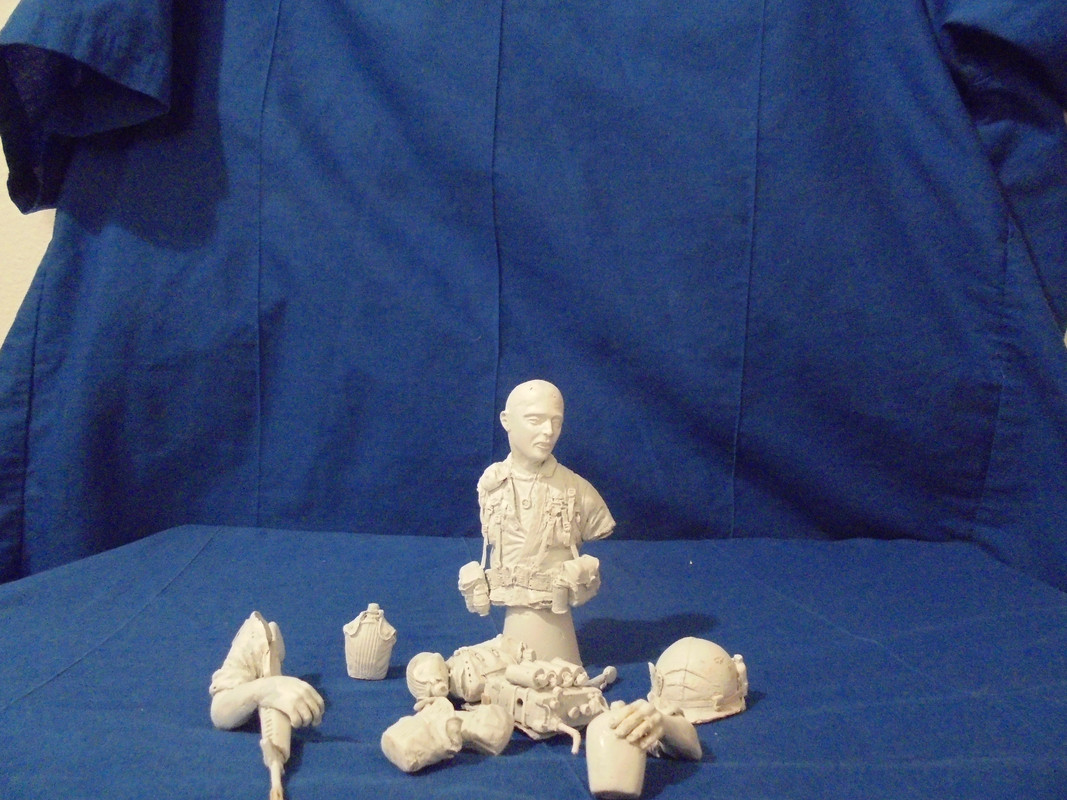 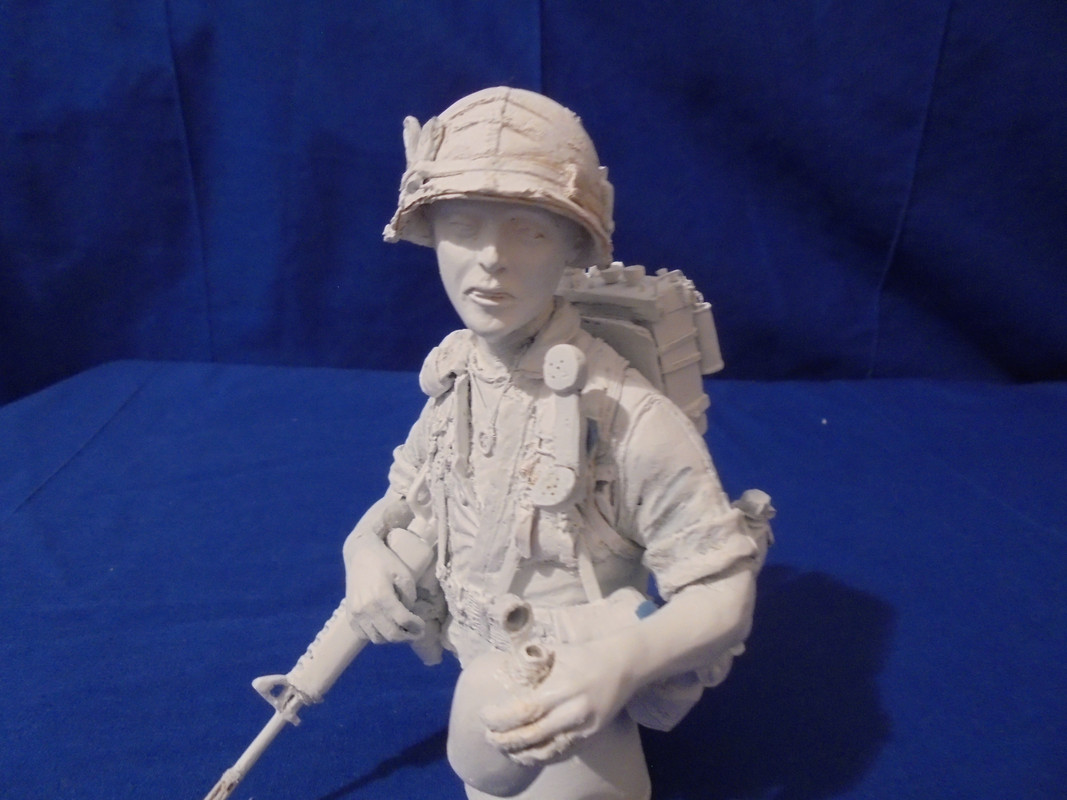 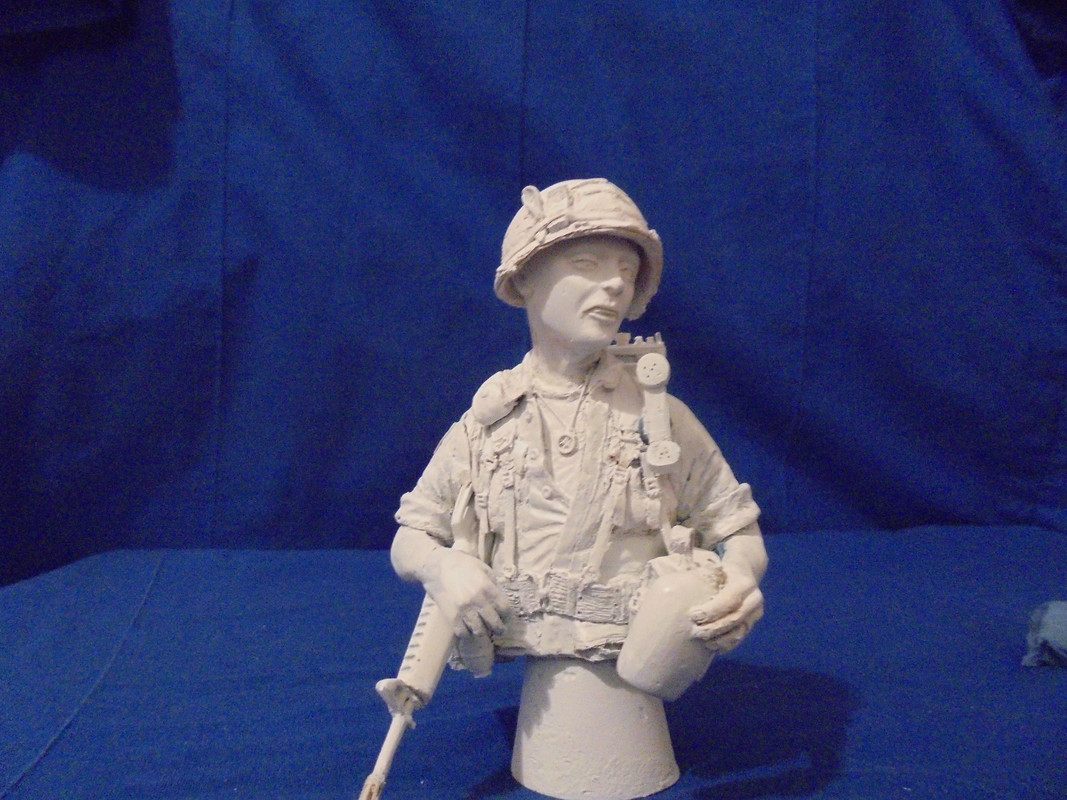 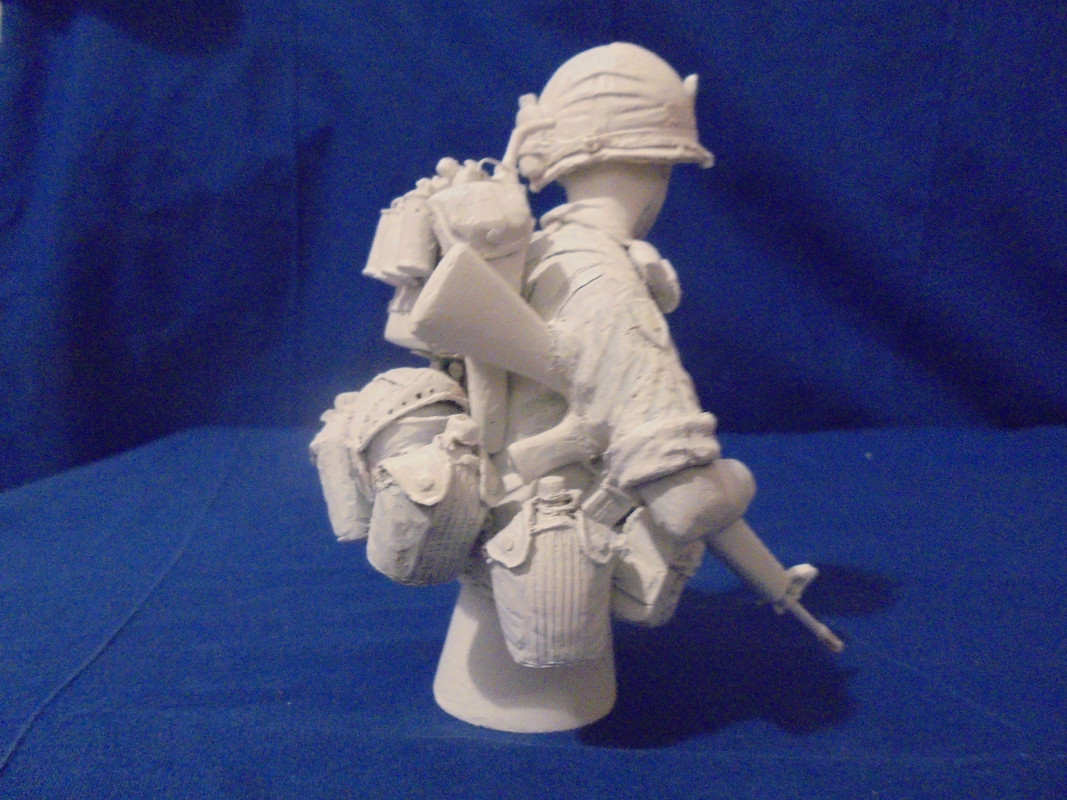 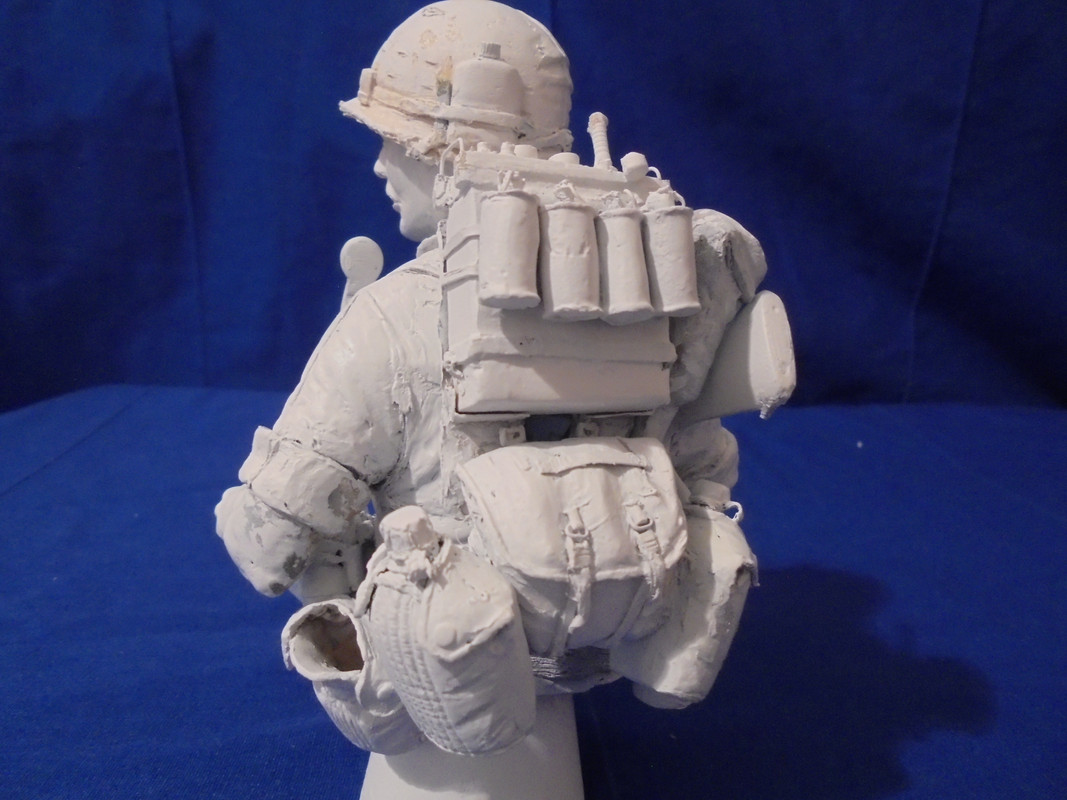 It doesn't take much to be better than nothing.

PROFILE
ReconTL3-1 (James O'Leary) said
That's some incredible work and even more so because you created it out of recycled plastics instead of using a putty like Magic Sculpt. Awesome job getting the fine details taken care of. Being that I served as an RTO for a while, I really like this figure.

PROFILE
timmyp (Timothy E Parker) said
No one would ever - could ever! - think that the figure is made from recycled plastics. It's simply fantastic work - even down to the buckles on the Alice pack.

I just noticed, that there is a medallion around the figure's neck, but I can't make out what's inside the circle of the medallion. What is it?

PROFILE
captfue (Anthony Fuentes) said
It is the old 60's piece symbol over a dog tag. Oddly enough that was the hardest peace to get right. Took seven tries to get it.
It doesn't take much to be better than nothing.

PROFILE
Scarred (Patrick Bowers) said
That is amazing, not just the figure but how you made it. This gives new meaning to the term scratch build.

PROFILE
Owengate (Owen Stevens) said
Indeed, this was well-made. Kudos to you sir!

PROFILE
captfue (Anthony Fuentes) said
Thank you for the kind words.
It doesn't take much to be better than nothing.