WWW
TimReynaga (Tim Reynaga) said
Mussolini's only aircraft carrier, Aquila (Eagle), was nearing completion when Italy surrendered to the Allies on 8 September 1943. Germany then seized the ship and placed it under guard. Aquila was later damaged on 16 June 1944 during an Allied air attack, and on 19 April 1945 Italian "co-belligerent" government sent divers from the former Decima Flottiglia MAS, who partially scuttled Aquila to prevent the ship being used by the Germans. The ship was never completed, and the hulk was broken up after the war.

I thought I'd build the ship as she might have appeared in service, so here is GHQs all-metal 1/2400 scale Italian Aircraft Carrier Aquila ! 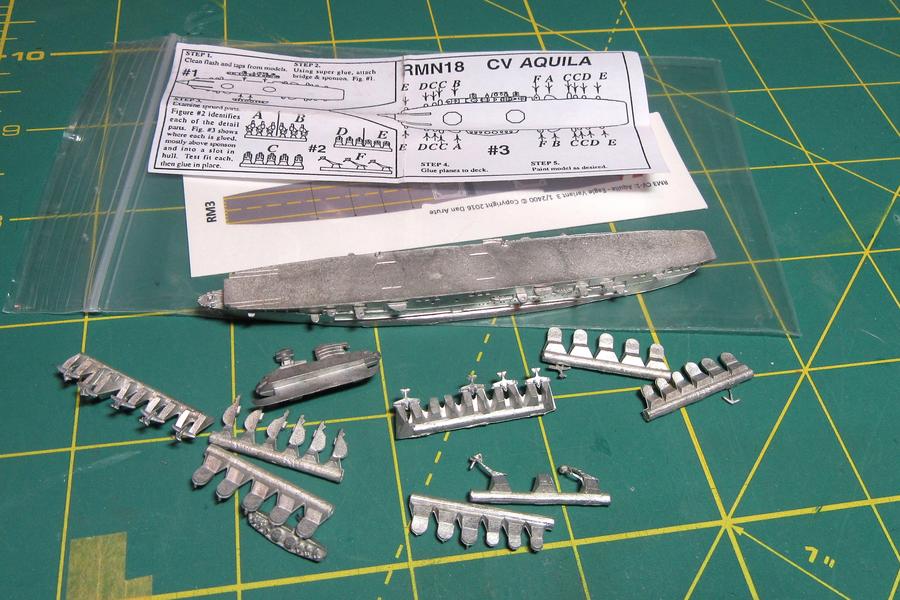 This one is slightly more complicated than some of their others with 25 parts for the ship itself (hull, island, 2 cranes and 21 weapons sponsons) plus 10 aircraft, but the parts fit is excellent and things go together pretty quickly. 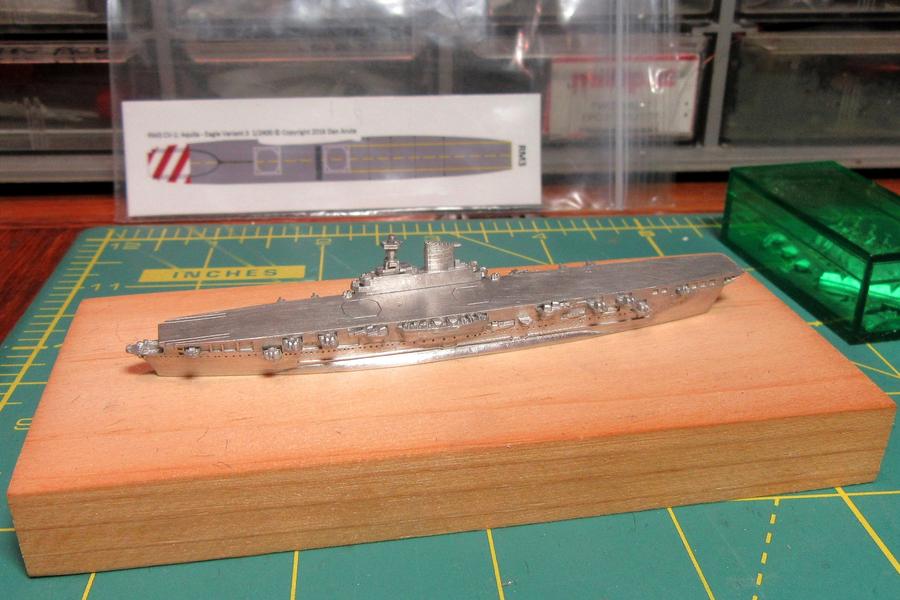 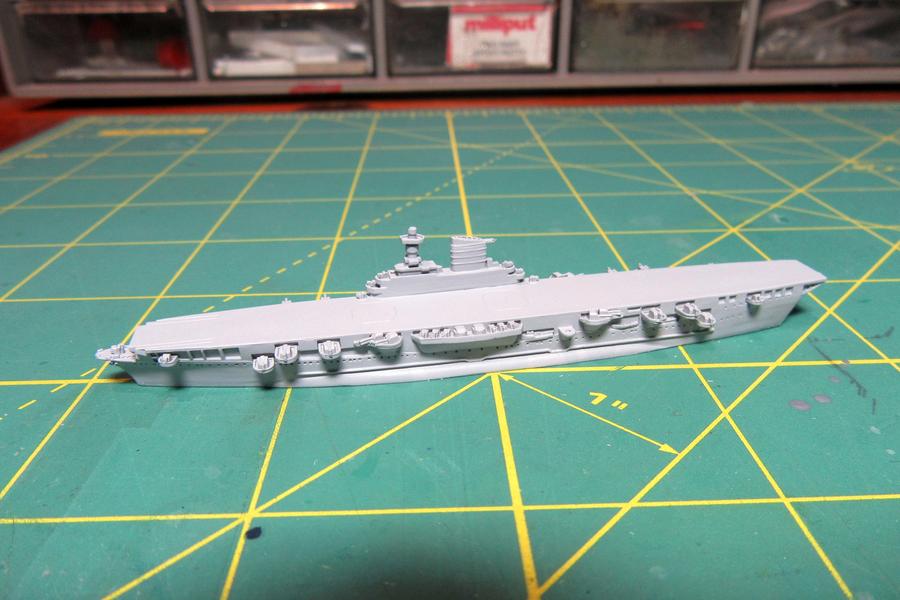 Assembled and primed, shes ready for paint in no time!