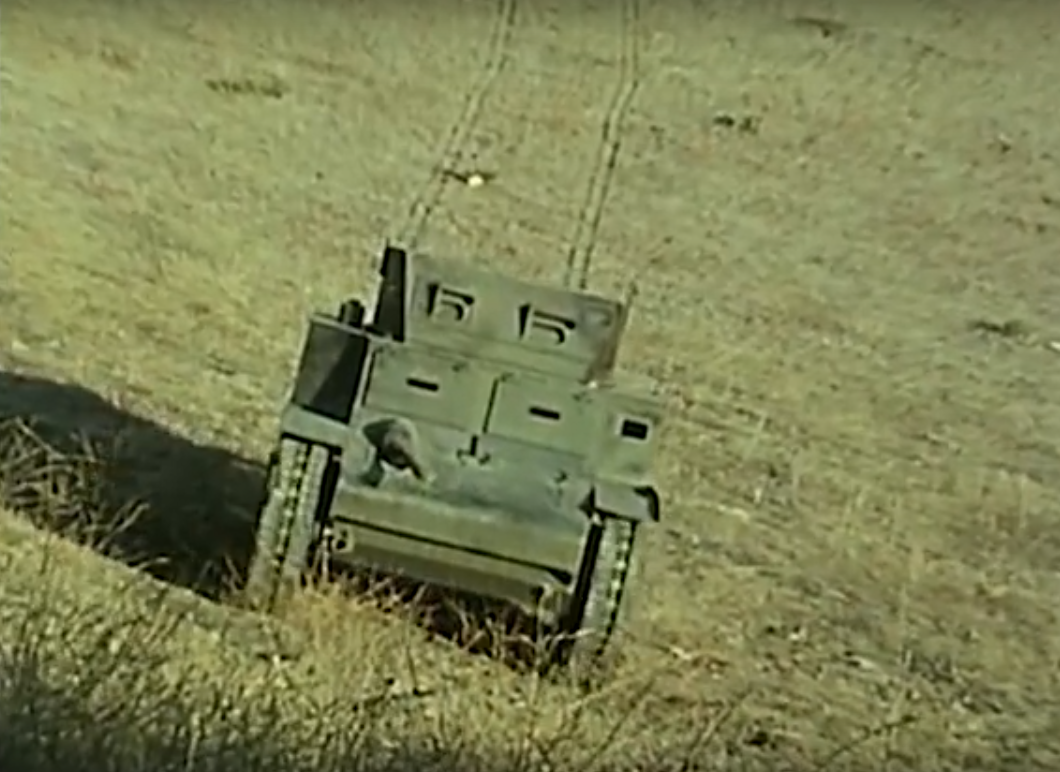 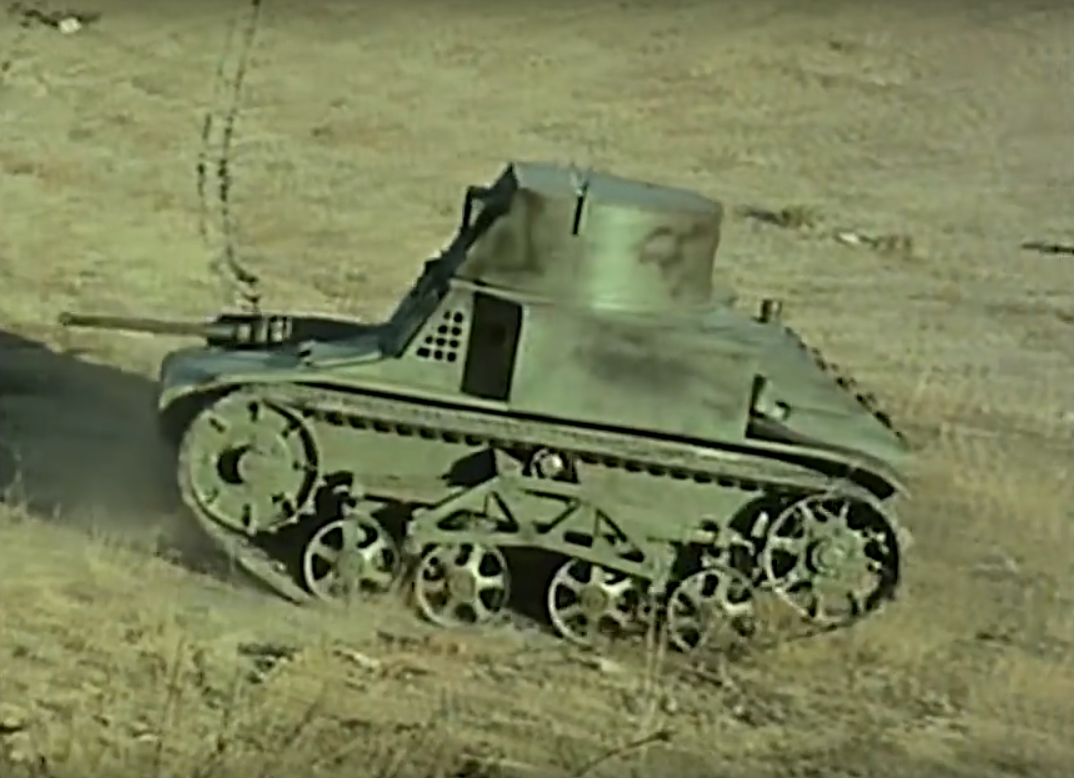 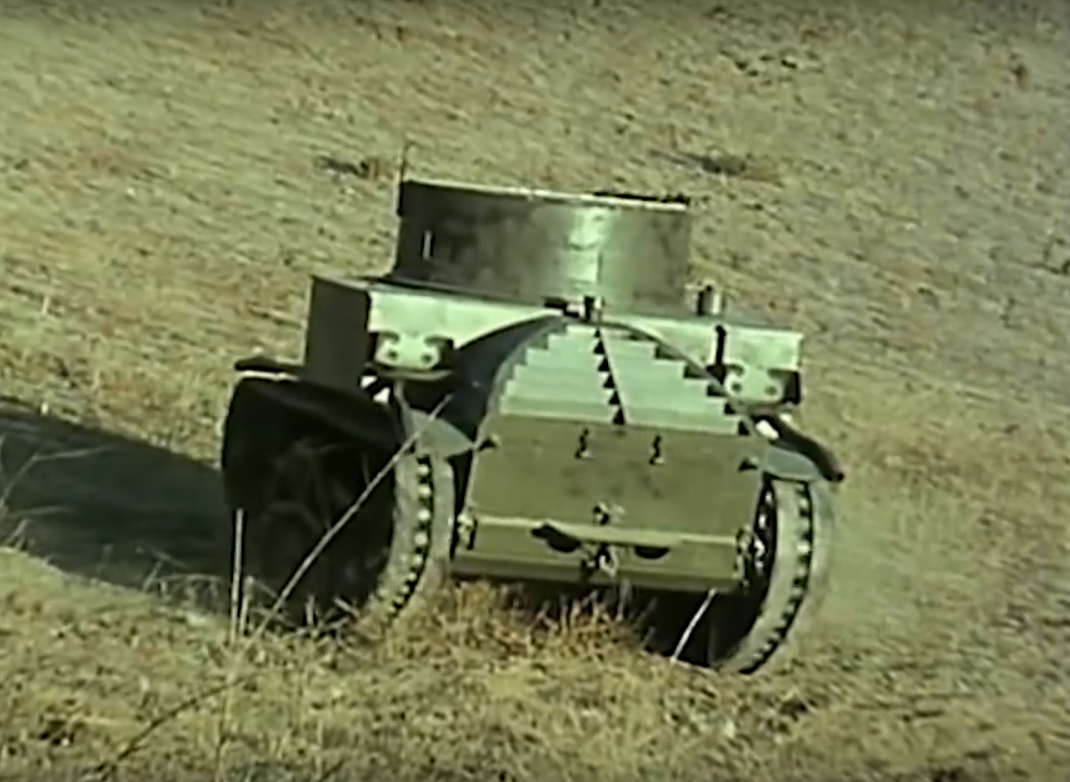 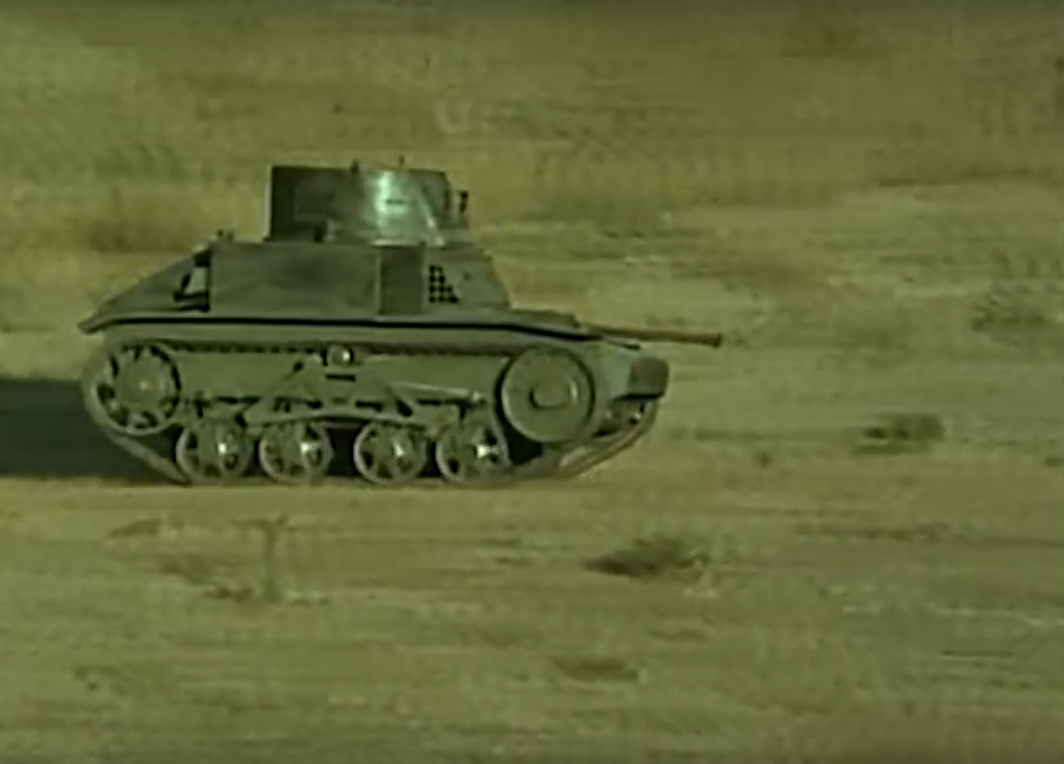 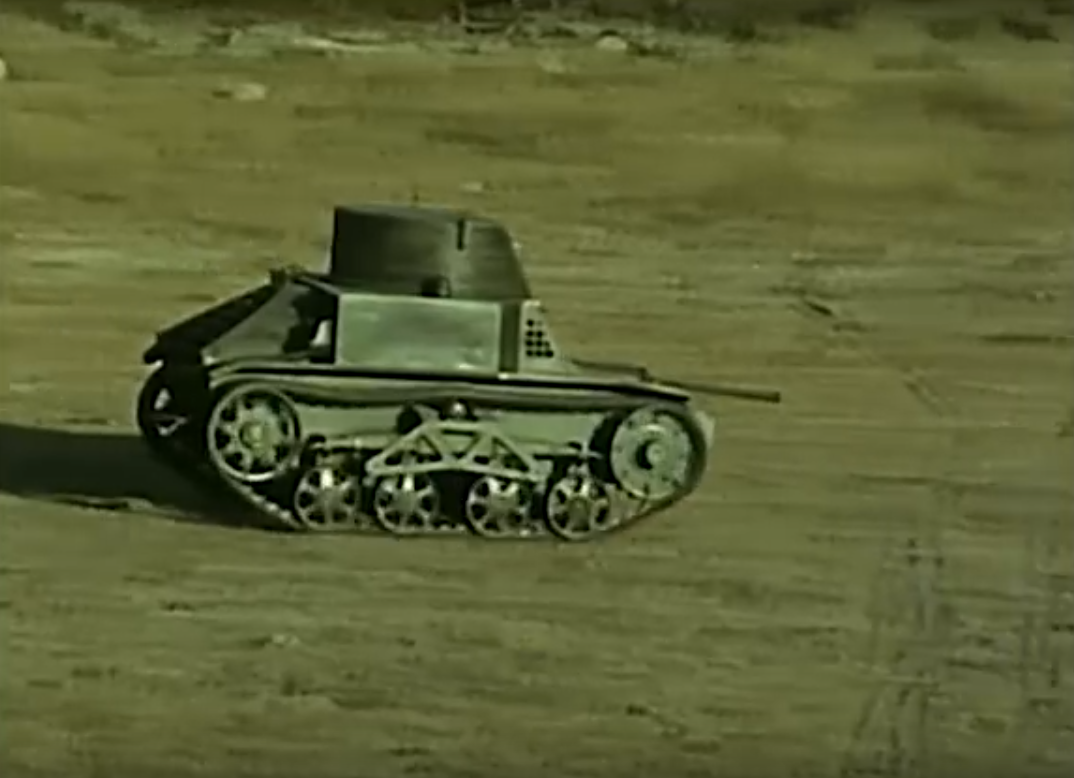 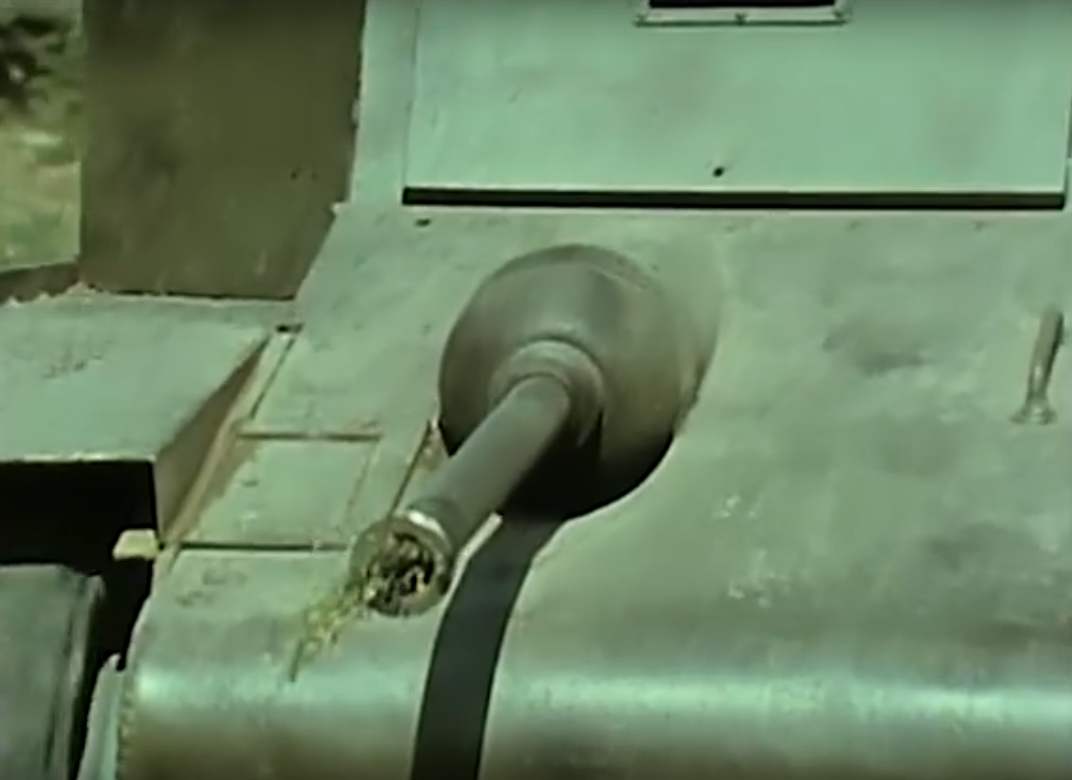 The barrel had a plant growing out of it. That was pointed out by one of the characters to show that the gun wouldn't work since the tank was a relic of the past. 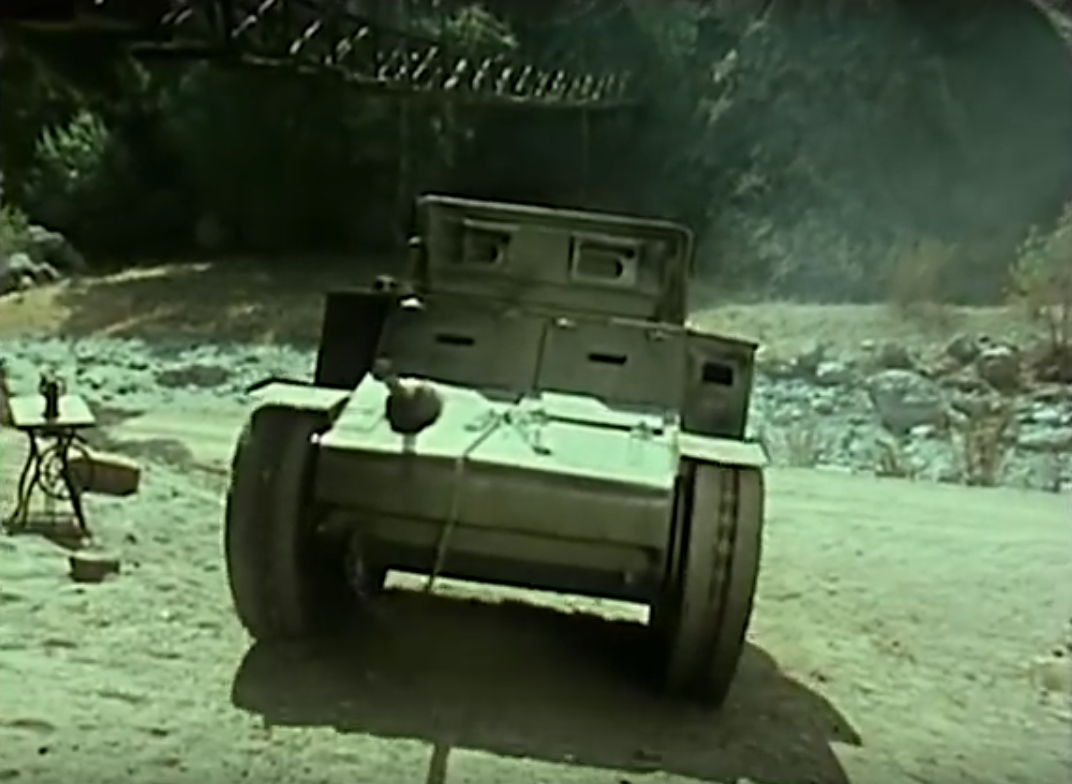 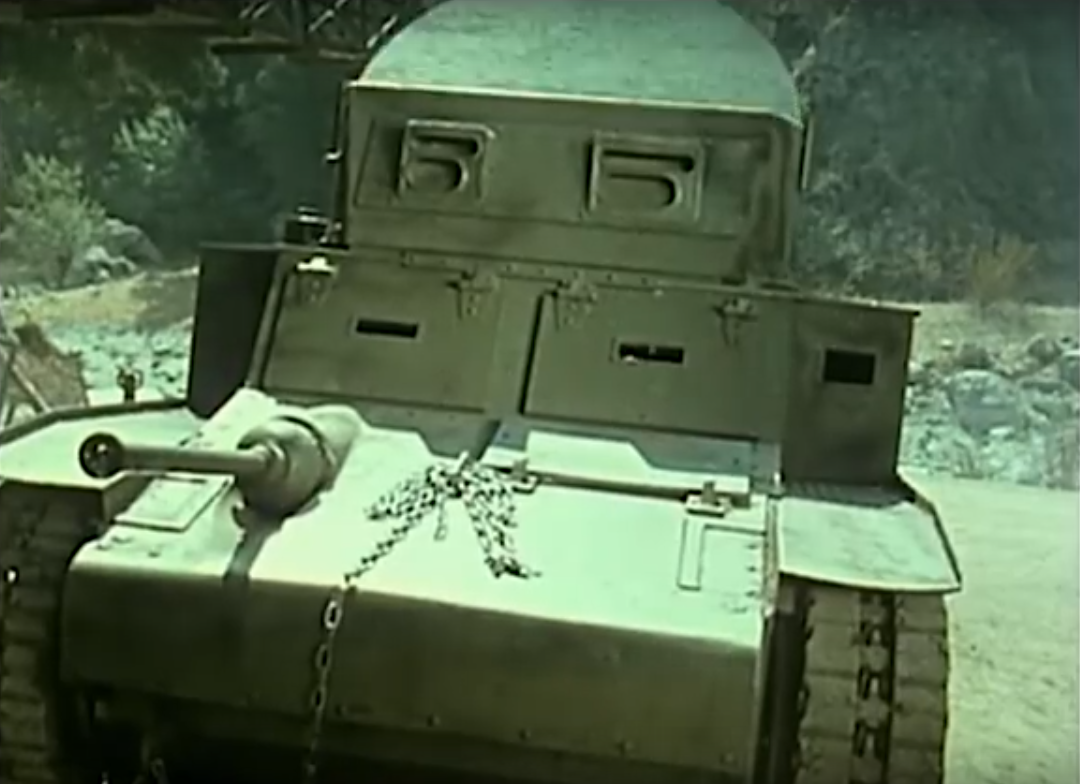 The whole roof also served as a hatch. Here it is being opened. 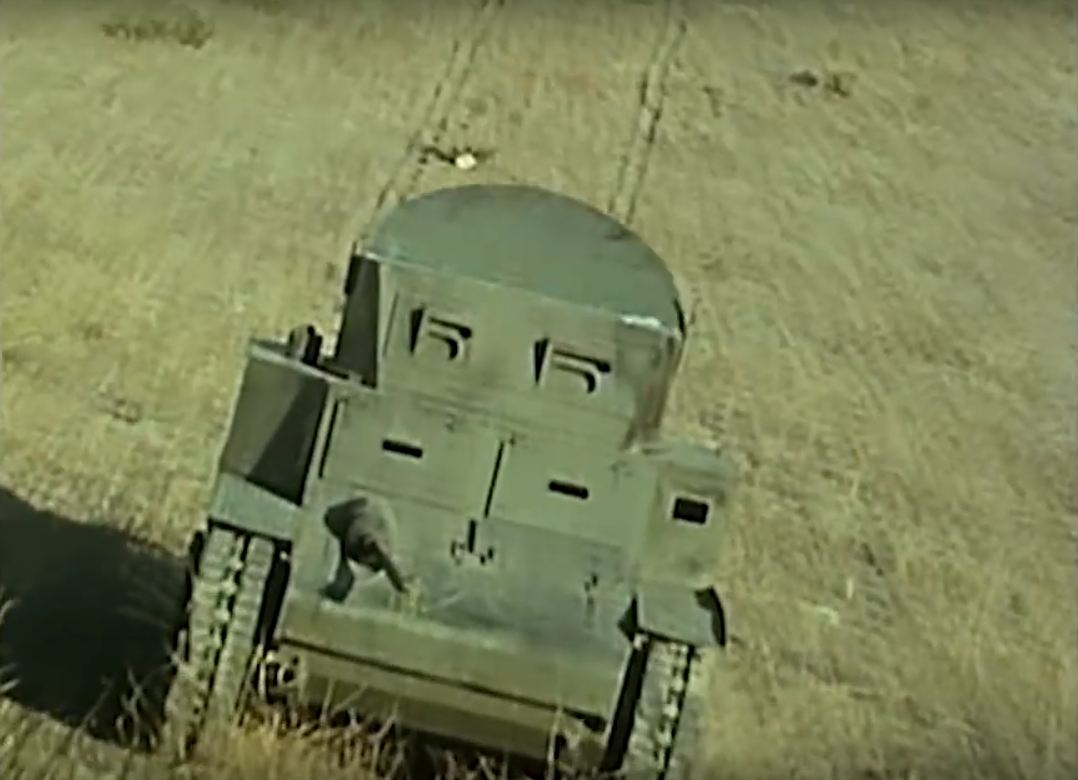 Another scene with the hatch being opened. 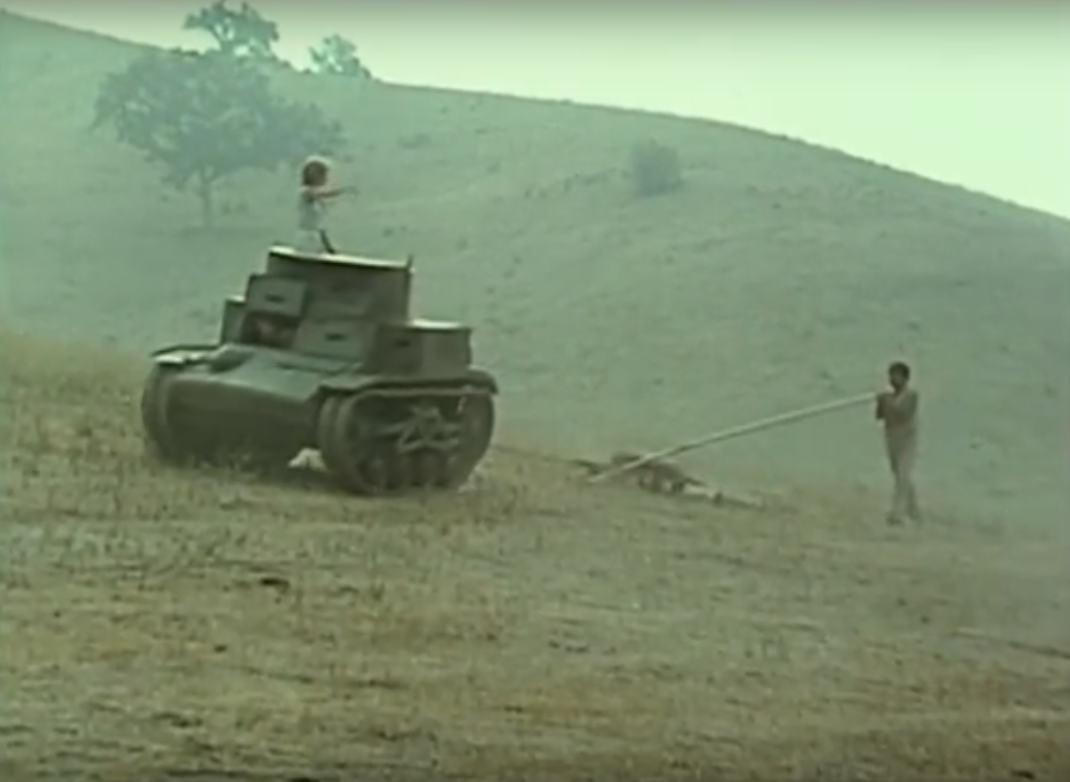 Final scene and the tank being used as a tractor to pull a plow.

Hope you enjoy them.

PROFILE
HARV (Randy L Harvey) said
Thanks to a link provided by Frenchy I went and found the same tank being used in the "No Man's Land" episode of the 1993 TV series "The Adventures of Brisco County, Jr." and decided to show some pictures of it from that show as well. In addition to having a turret added it also has smoke stacks added to make it look like it is steam driven and it is pulling a wagon. 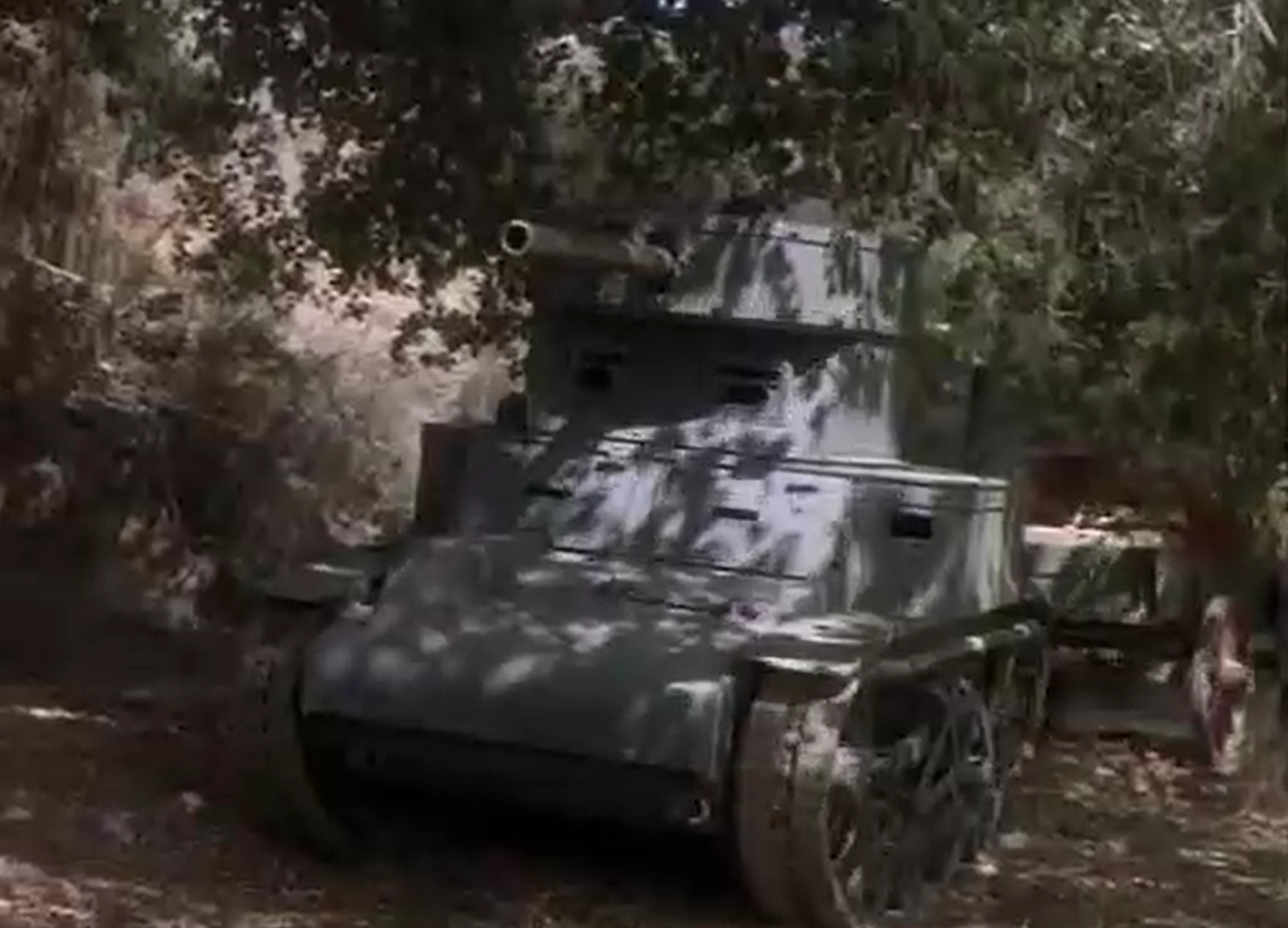 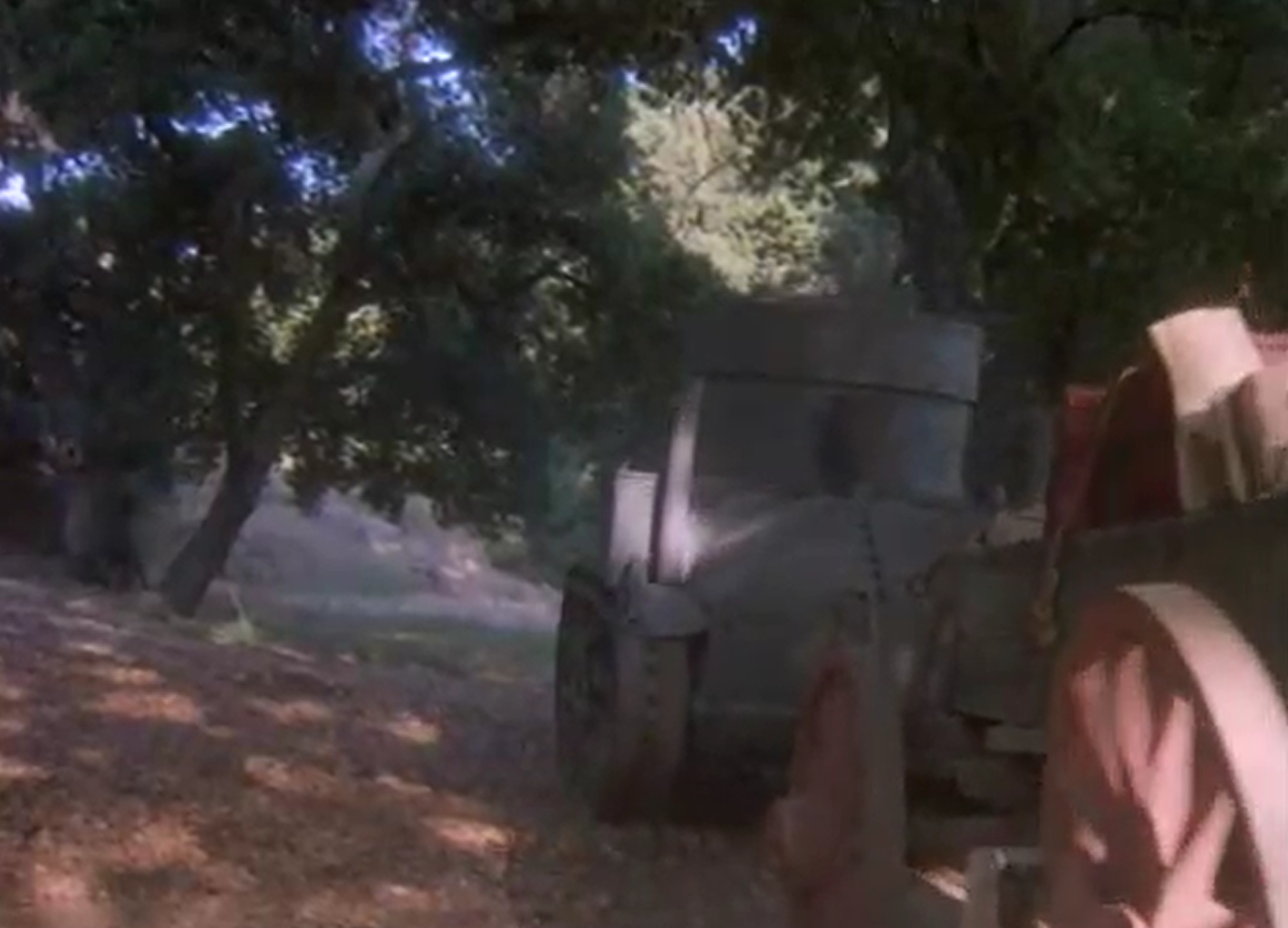 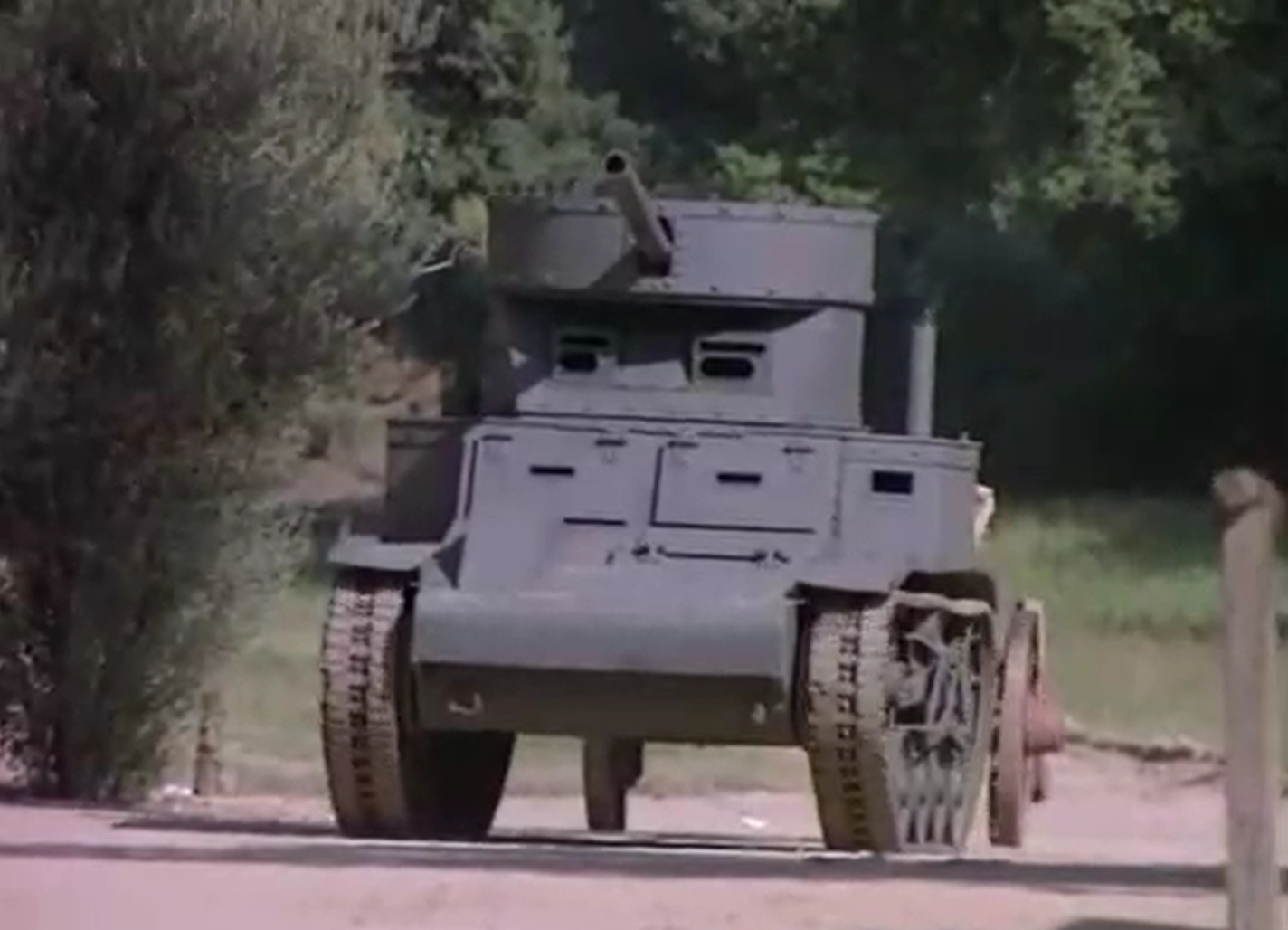 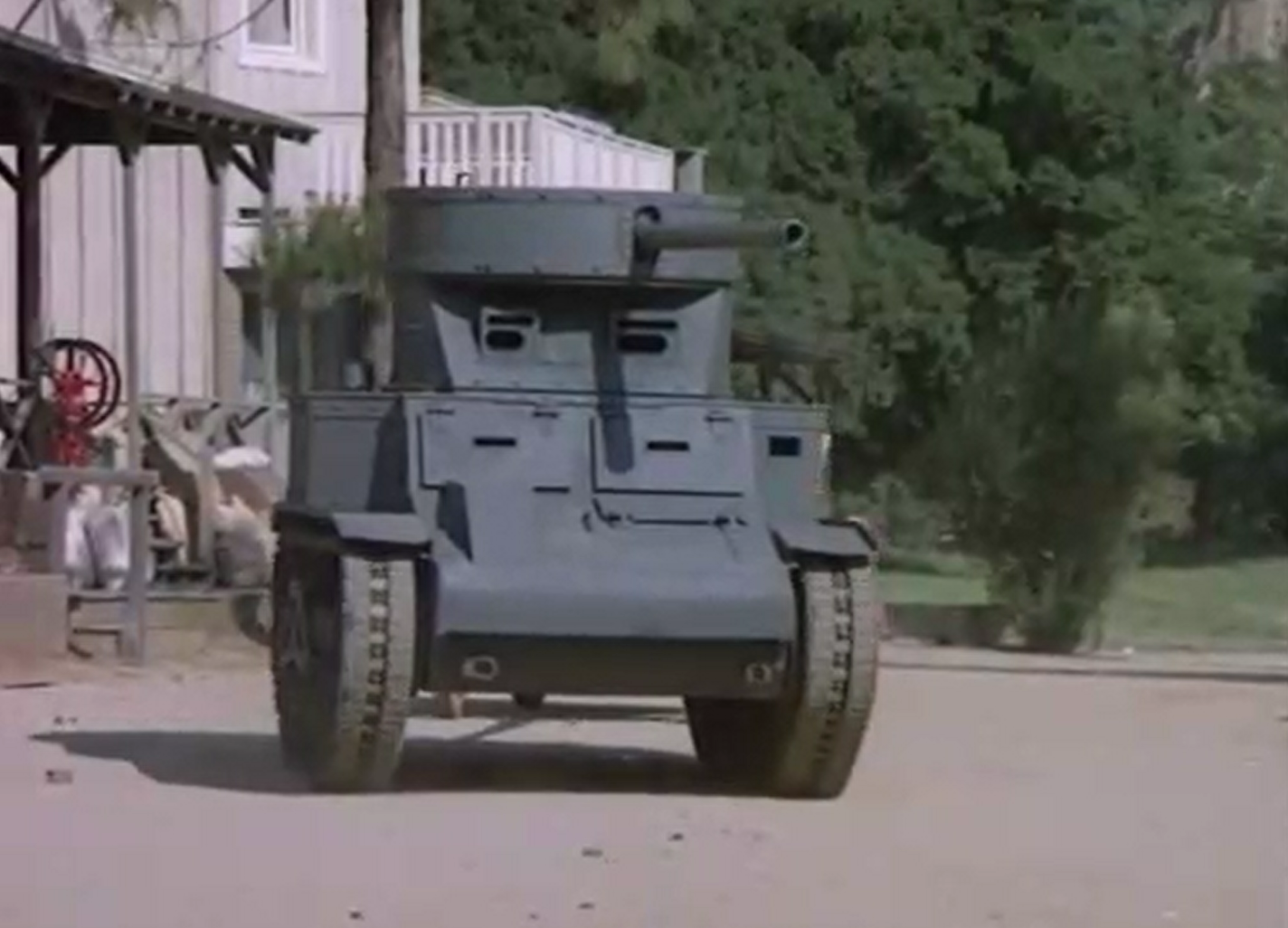 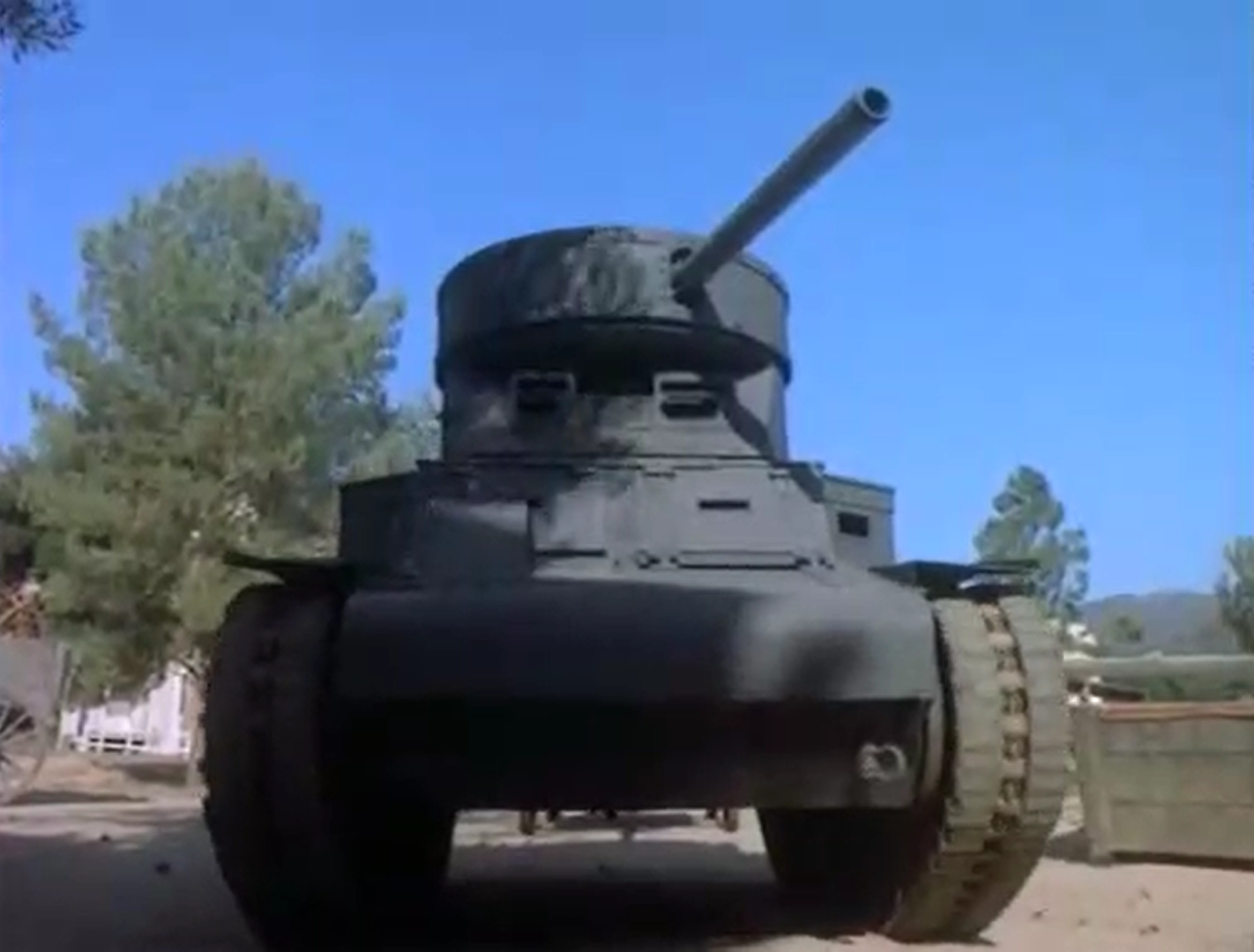 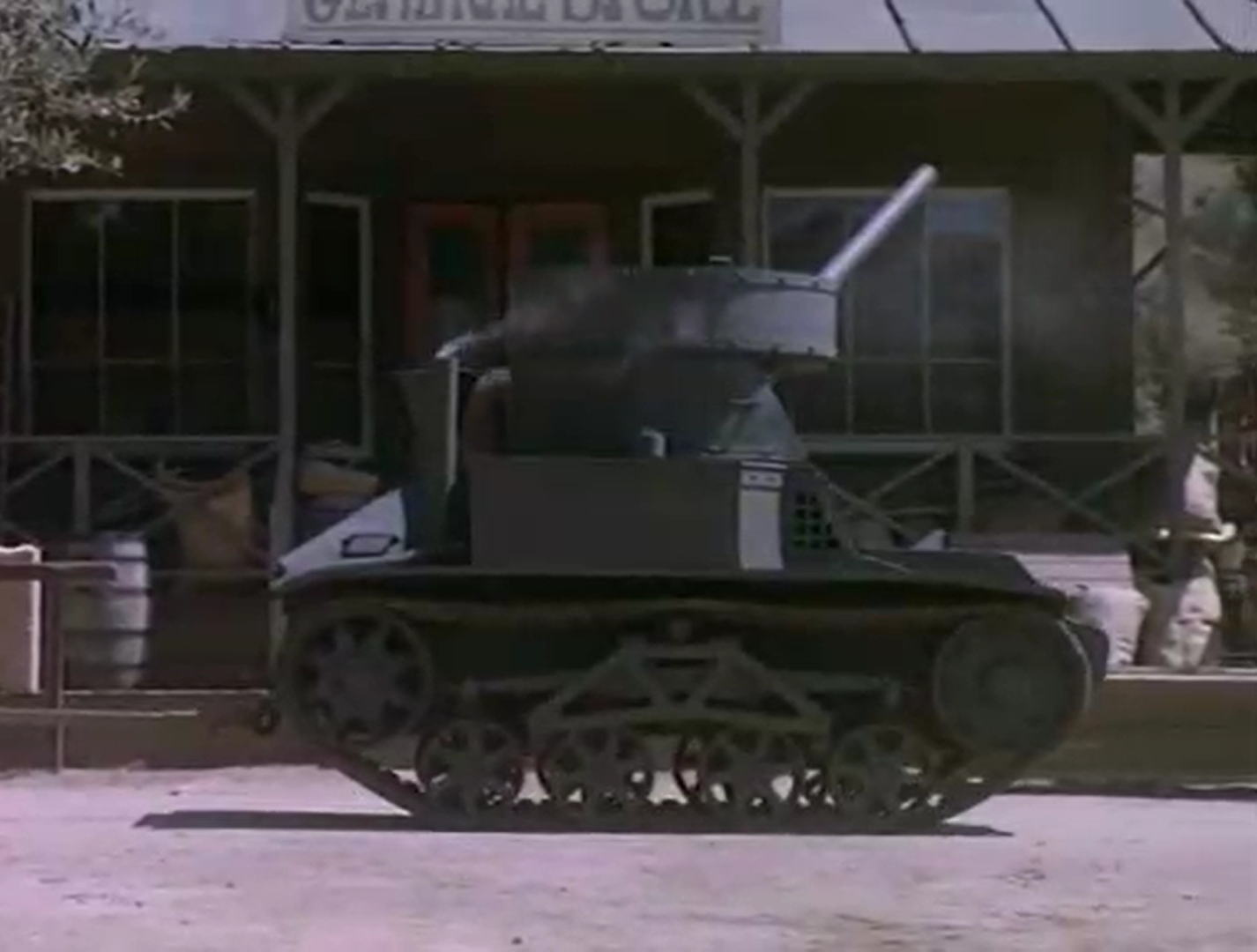