PROFILE
pathfinder14 said
Here's a random species of pine or fir in 1/35th next to a Mk Iv.

I like how everything came out I'm concerned they might be a bit large? I took the height from figuring how tall trees in the Ardennes grow and finding a good middle height to work with, then I eyed the length of the branches.

Thanks in advanced.
Tree 1 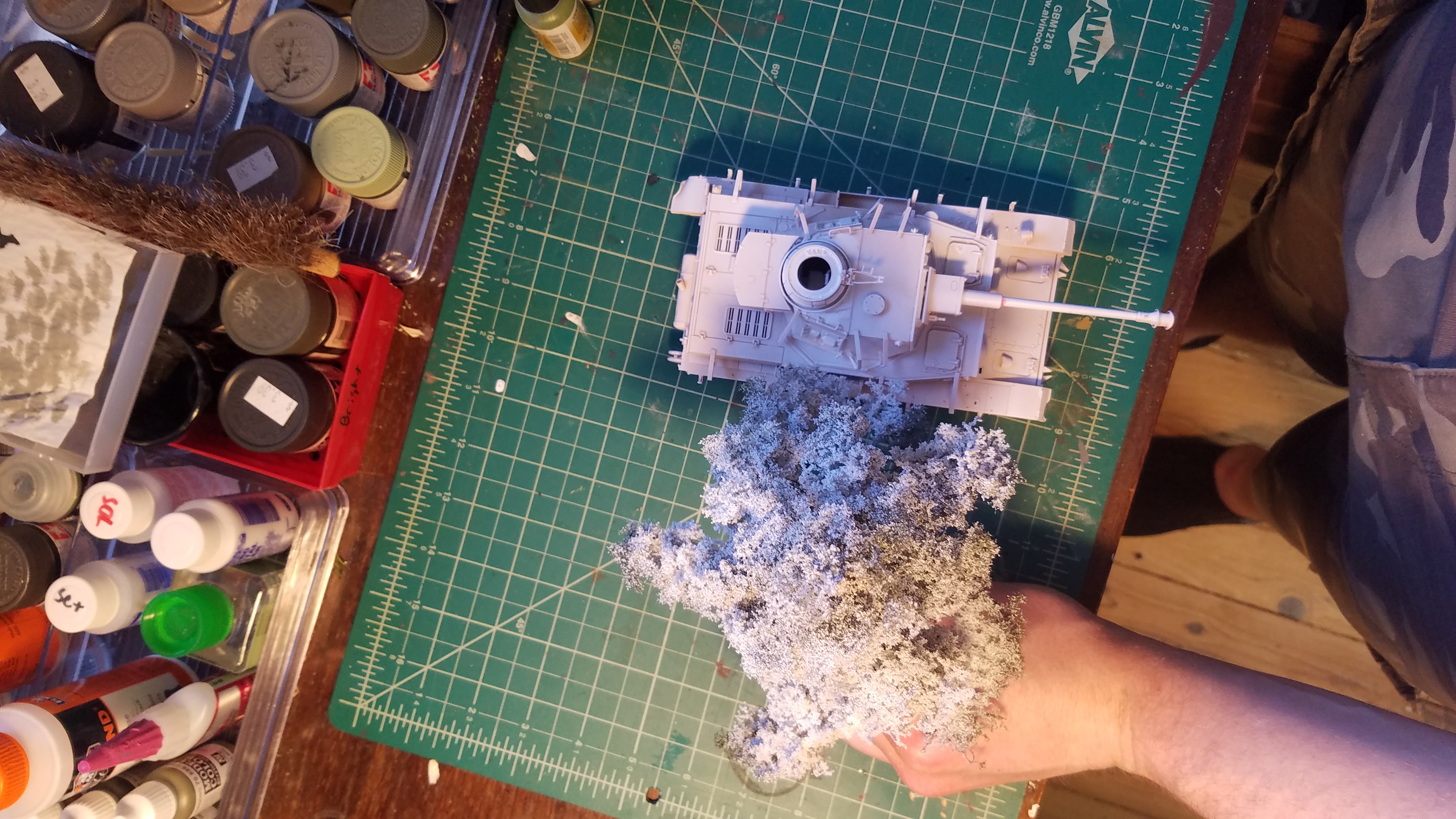 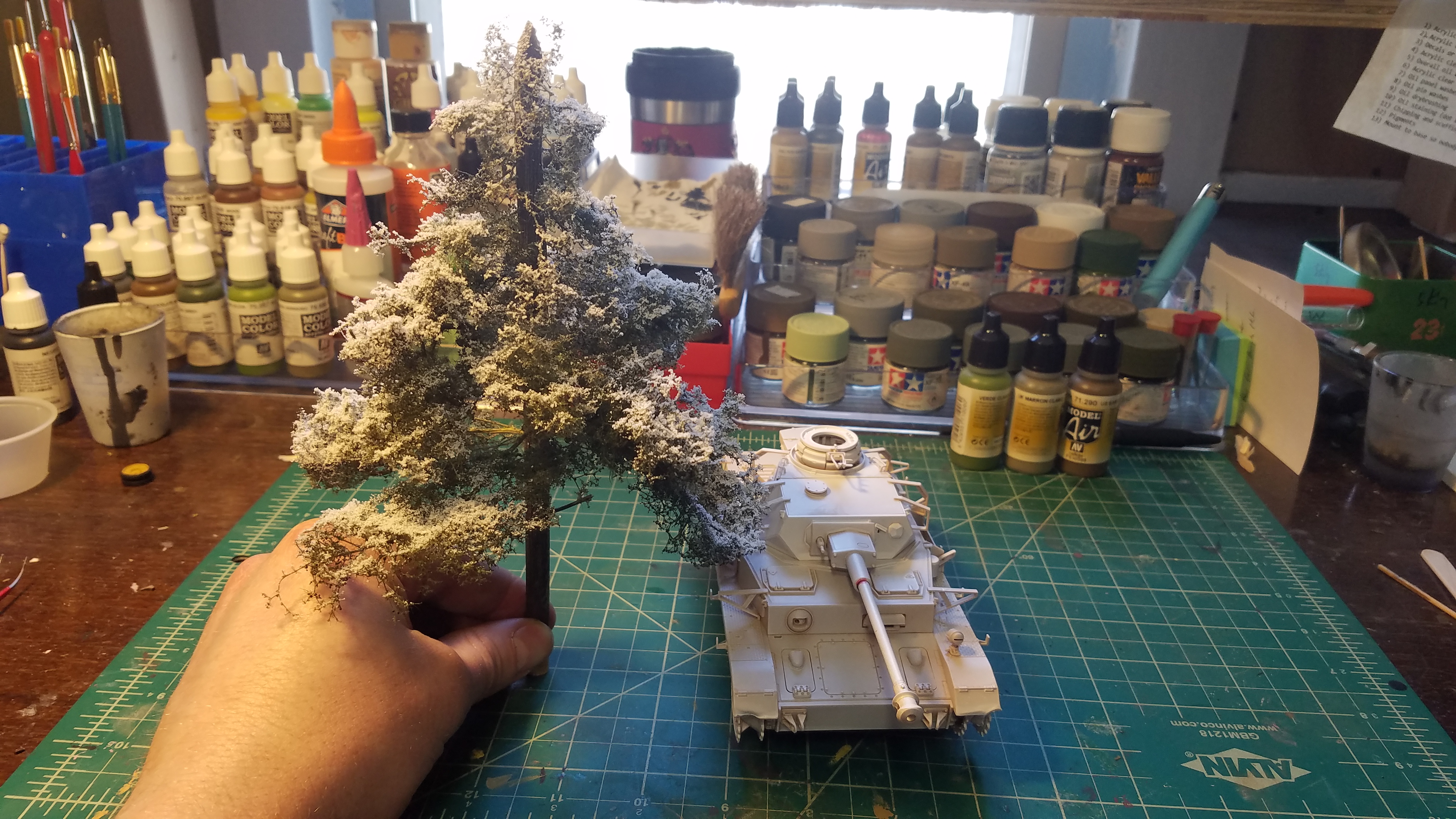 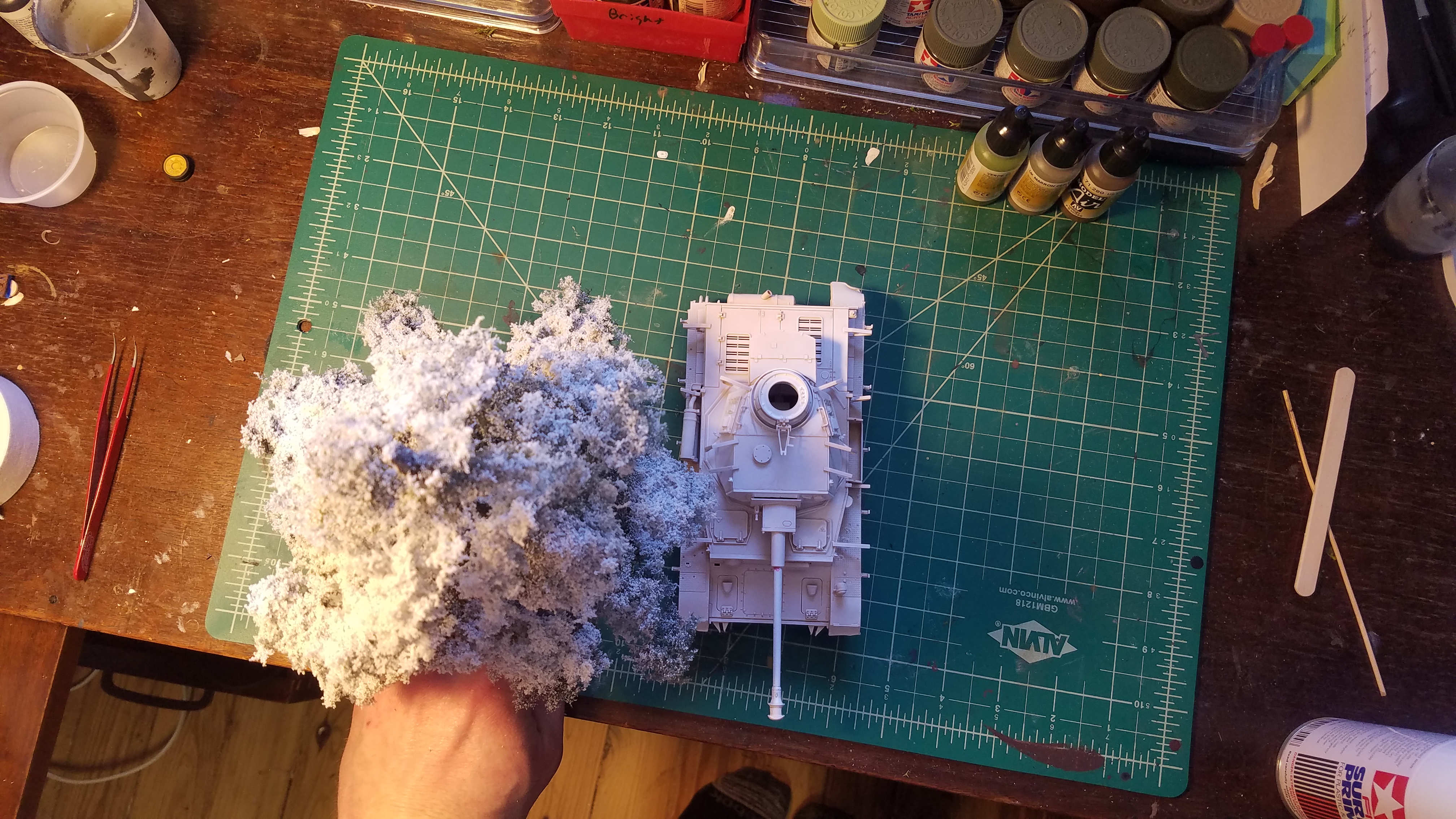 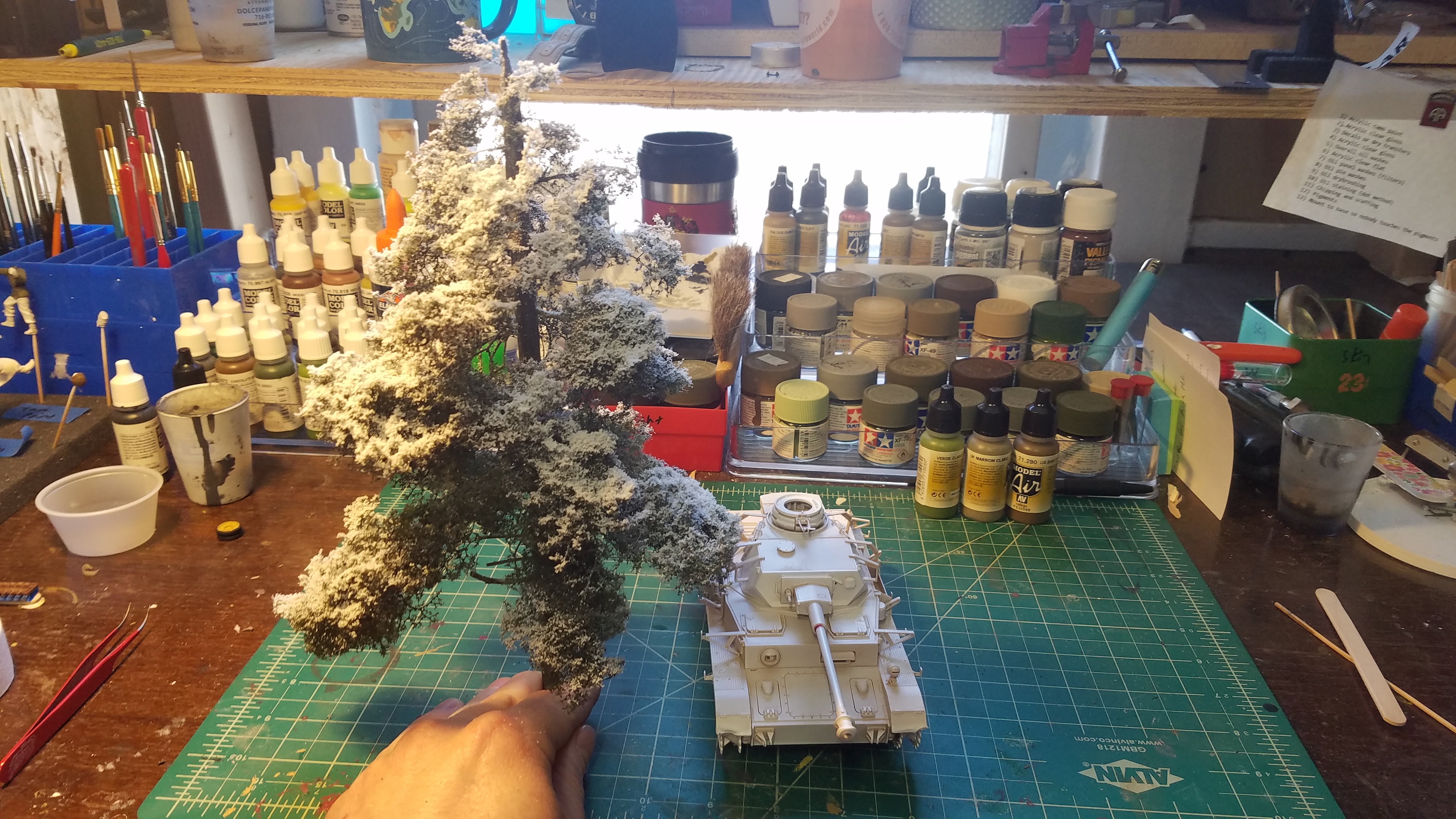 Edit: I'm OK if they are exactly to scale, however if they definitely need adjusted then I'll take care of it.

Having worked on them I became blind to how they look in scale. ..

PROFILE
ivanhoe6 said
Looking pretty good ! What's your technique for making them ? Deciduous trees are semi easy but a good looking fir is tough and you pulled it off ! Thanks for sharing and welcome to Armorama !
On the bench :
A whole bunch of figures, Too many half built kits and a (gasp) wing thing

If anything your tree could easily be a bit taller.

Have always wanted to do a dio using a Blitz radio truck with its' telescoping antenna fully extended while disguising itself in a stand of several tall trees such as yours.

However my "experimental" tall pine trees never looked as good as yours!

Looking pretty good ! What's your technique for making them ? Deciduous trees are semi easy but a good looking fir is tough and you pulled it off ! Thanks for sharing and welcome to Armorama !

PROFILE
pathfinder14 said
Thanks for the replies everyone.

If I made these any larger I'd have to raise the ceilings in my apartment!

I used an 8mm wide dowel, trimmed it from the middle point to the top to give in the tapered appearance as well as to make it not perfectly circular.

Then I took some pliers that had serrations and pulled the dowel through the pliers as I gripped it to give it the "bark" appearance.

Painted the trunk a dark brown (I can find the exact color later), then drybrushed it multiple times with a light gray color and a buff color, going back and forth to give it multiple layers.

For the branches I used seafoam ordered from Amazon. I couldn't find anything I liked anywhere else. I know asparagus fern is a popular options but I liked the sea foam more because it gives the branches more "body" where as asp. fern has a more flat appearance in it's branches. So you'll end up having to put a lot more on the trunk which means more holes to be drilled.

Before placing the branches in the drilled holes, I sprayed it with photo adhesive, then sprinkled a healthy dose of static grass to mimic pine needles, let dry 24 hours, then sprayed it a dark pine green color, let dry. Then I randomly placed the branches into the drilled holes, switching them if it didn't look right. Then once the glue was dried sprayed from the top down some more photo adhesive, then gave a moderate to healthy dose of powdered snow (woodland scenic)

Very easy process, and I very much like the way it came out. I can post more pics of the trees if there's interest.

PROFILE
ivanhoe6 said
Thanks for sharing your "How To" on pine trees. And yes, I'd like to see some close ups of your branches. Pre and post static grass applications if possible.
Thanks again for sharing !
On the bench :
A whole bunch of figures, Too many half built kits and a (gasp) wing thing

PROFILE
165thspc (Michael Koenig) said
My attempts were mostly all using the asparagus fern which, as you say, seemed unsatisfactory.

Also tried a 6-8" tapered wooden pole with a Woodland Scenics pine tree installed at the top. (Some pine trees get quite tall with no branches at the lower levels.) This was somewhat better but still seemed to fall short.