I am in the process of building the Amusing Hobby 1/35th FV214 Conqueror MKII British Heavy Tank, kit number 35A027. The build log is entitled 'My first build in 40 years...so here goes...'

I have already asked the following question in the above log, however, it was kindly suggested to me by Robin Nilsson that i ask the question in a stand alone post.

Is anyone able to help me determine what figures might be acceptable to crew the vehicle?

Any suggestions would be greatly appreciated.

PROFILE
Bravo1102 (Stephen C. Willoughby) said
This question has been asked before and the consensus was that pixie suits lasted well into the 1960s.
"The only thing a man should take seriously is the fact that nothing should be taken seriously."
Samuel Butler, Victorian satirist

Try this website for pics that may help you
https://www.how-amps.org/fv-214-conqueror-mki/

You could probably get away with the Miniart British Tank Crew sans the helmets. Ones with a beret would be needed. 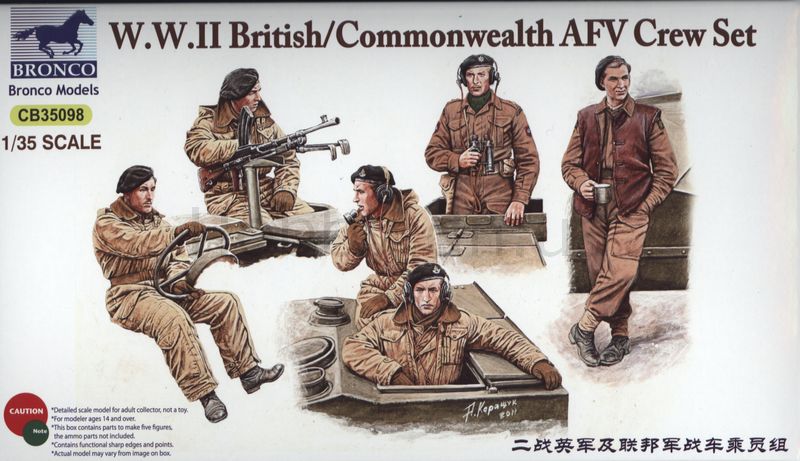 Alpine also does a couple of excellent figures as well, but designed for outside the vehicle 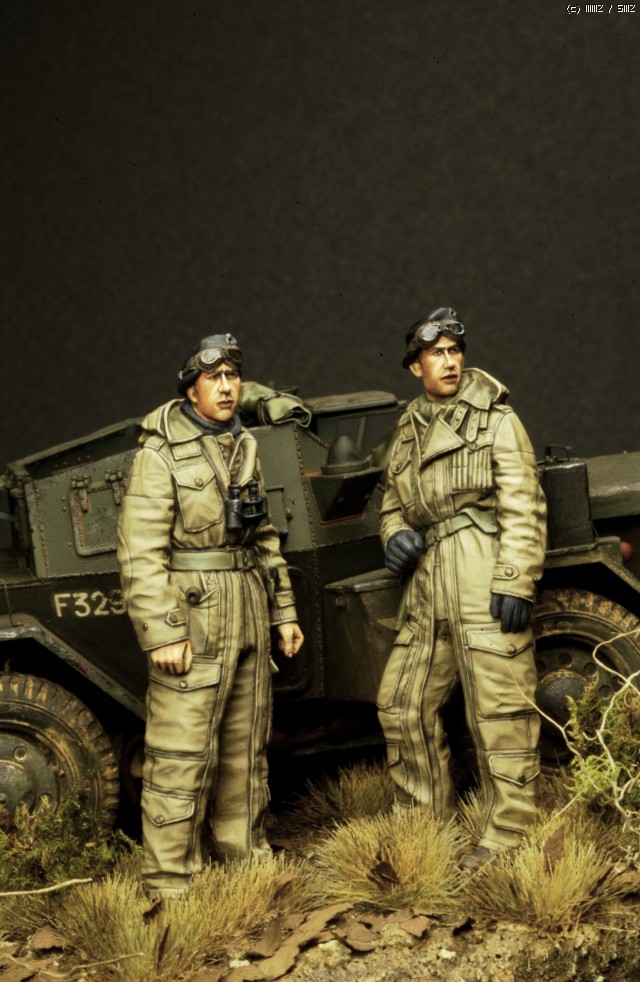 On the Bench:
Dust, styrene scraps, paint splotches and tears.

Sorry if Im being a pain, but Im new to this posting specific questions.

Thanks for the suggestion, I am more than happy to go with your recommendation if you could please move the post to Armorama: Armour/AFV, thank you.

Apologies for repeating a question and thanks for the answers.

The Miniart Figures are readily available but will also see if i can get a set of the Bronco figures.

Again, thanks for the quick response and the info relating to helmets.

Sorry if Im being a pain, but Im new to this posting specific questions.

Thanks for the suggestion, I am more than happy to go with your recommendation if you could please move the post to Armorama: Armour/AFV, thank you.


Maybe there is no need to move it, the replies and suggestions have been coming in anyway

/ Robin
In memory of Al Superczynski:
"Build what YOU want, the way YOU want to....
and the critics will flame you every time"

Apologies for repeating a question and thanks for the answers.

No apologies needed. The forums are all about helping others with questions, and it does not matter where they are posted as long as the person posting gets what they need. Even if a question has been posted before, often new info comes up to.

Good luck with the build.

I have managed to order the Bronco figures at a reasonable, in my opinion, price.

Thanks for the vote of confidence, i'm looking forward to constructing them...though not so much painting them,


An optimist is a pessimist without all the facts.

The WW2 era Pixie Suits are indeed fine for Conqueror crews (and Centurions come to that); the Olive Green Combat Suit though would have been around for some time so you could depict your figures wearing at least the smocks (jackets) over the coveralls as well. It depends of course how much of the figure you wish to depict. If you wish for say, a non tactical vignette, you could just have the crew heads poking out, and with only the shoulders to worry about, any figure with a bereted head (and headset) would then suffice and all you'd have to do would be to paint the visible part an appropriate colour for the green smock. Don't forget to add wire for the headsets.

Conqueror does lend itself to displaying figures as all 4 crew members have their own hatch so you can populate your tank and make it look suitably "busy".

If you're going for the Pixie suit option, don't overlook Ultracast - their figures are really good and the poses are excellent too. Available in UK via Accurate Armour.

One last thing, the AFV Crewman's steel helmet was used up to and including Chieftain, so although I haven't stumbled across any pictures of Conqueror crews wearing it, you could always ring the changes.

Good luck with whatever you decide.

Thank you for the information regarding the figures to use and information relating to the uniforms, it is much appreciated. I have, today, received both Miniart and Bronco figures of WWII tank crews and armoured car crews to work with.

I agree with you regarding the Conqueror being an ideal tank to display with the crew.

Just have to see which figures work best.