TV, Movies, and Games
Talk about TV, Movies, Gaming or anything entertainment related.
Hosted by Jim Starkweather
The Steel Lady (1953)

PROFILE
HARV (Randy L Harvey) said
Had a bout with my insomnia last night so I turned on the TV to pass the time. I saw that a movie called "The Steel Lady", that was released in 1953, was going to be coming on. I like old movies and I had never heard of it so I decided to watch it to see what it was about.

Here is a synopsis I found online.

"Surviving a plane crash in the Sahara, four oilmen find and manage to repair a German Afrika Corps tank which had been buried in the sand since WWII. Heading toward a French Foreign Legion outpost, they encounter a nomadic Arab tribe who believe the oilmen have found the treasure of Calipha, a rival Arab leader. If trying to acquire the jewels by guile doesn't work, the Arabs are prepared to kill the oilmen to get the stolen treasure". 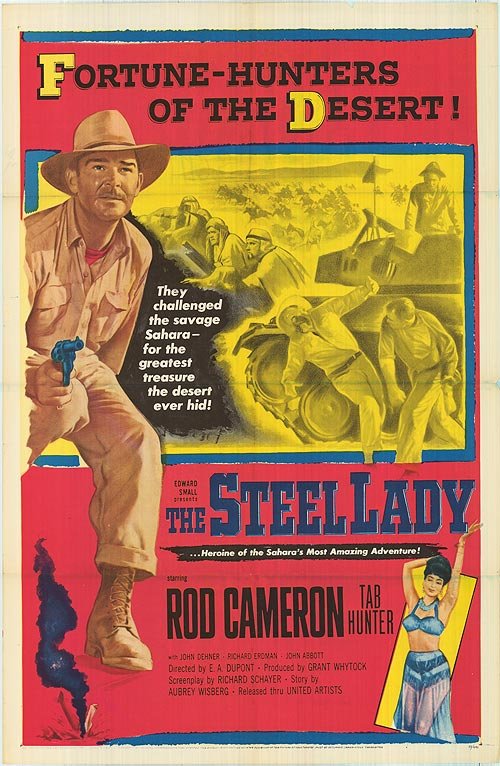 Pretty cheesy by todays standards but you can't be too picky at 4:00am when you can't sleep I guess.

PROFILE
Bravo1102 (Stephen C. Willoughby) said
Amazing for a movie like this that someone thought enough to put sheetmetal around the sloped hull armor of the Chaffee to make it look sort of Panzer III ish.
"The only thing a man should take seriously is the fact that nothing should be taken seriously."
Samuel Butler, Victorian satirist

Amazing for a movie like this that someone thought enough to put sheetmetal around the sloped hull armor of the Chaffee to make it look sort of Panzer III ish.


Yeah, they did a decent job considering how old the movie is and everything.