PROFILE
Weebles (David Waples) said
Another release from the Nuremberg Toy Fair. Revell Germany makeover of the 80 Elco, PT-109. I think this is their prototype. Interesting that they provided interiors for the Chart House and Day Cabin. Would have liked to see an engine room but could be an opportunity for the aftermarket world. That said they did their homework. Release is scheduled for this month. 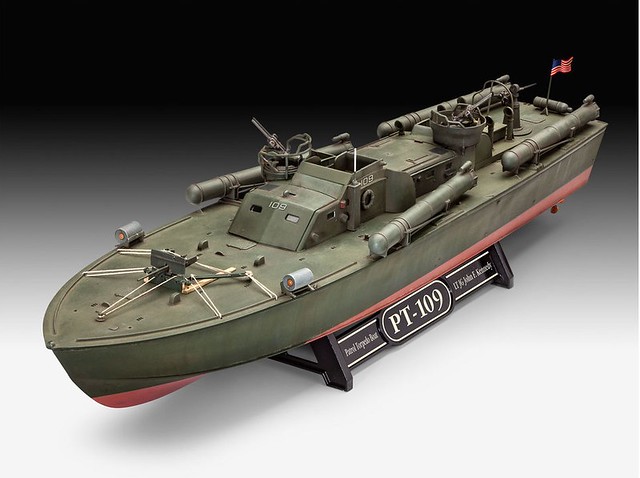 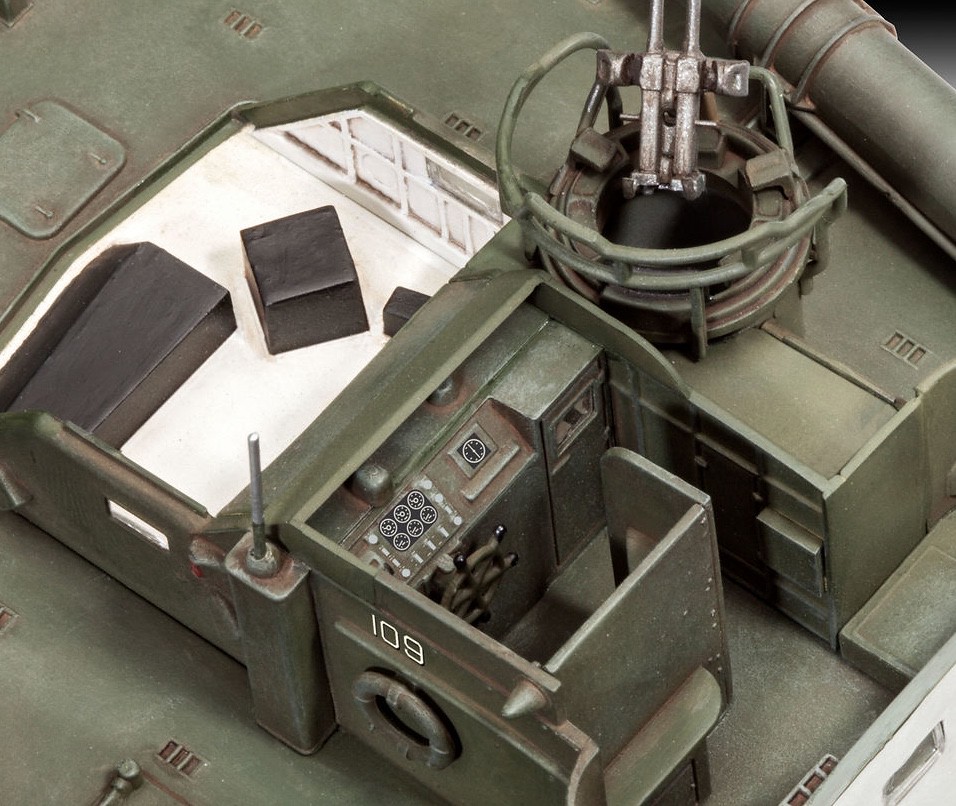 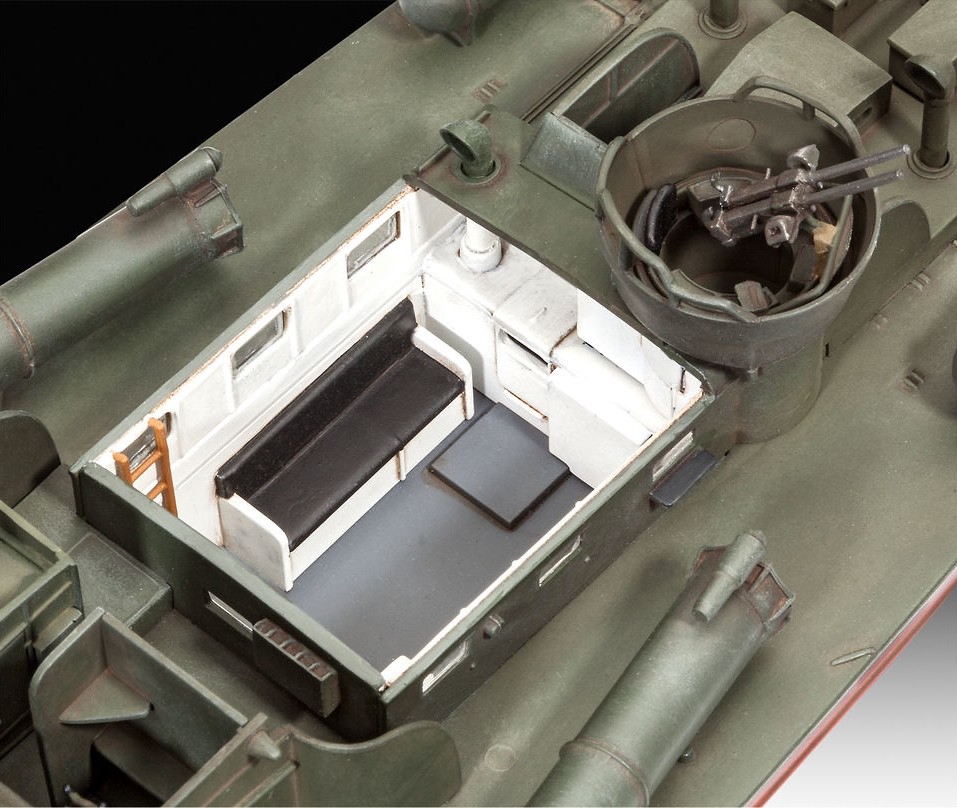 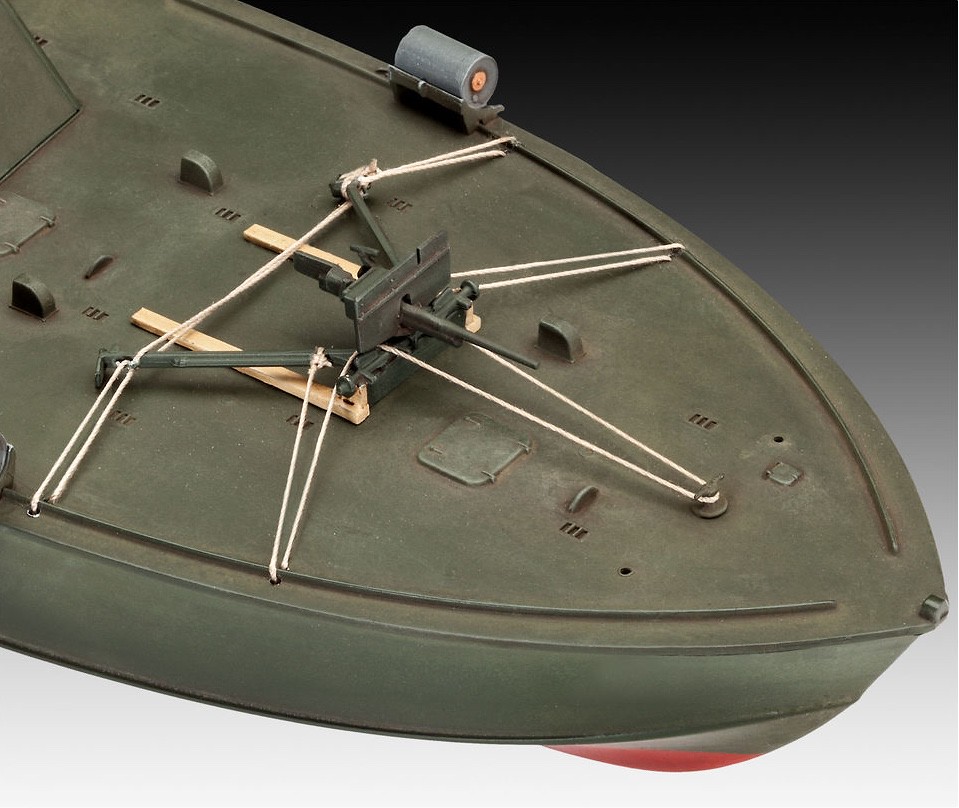 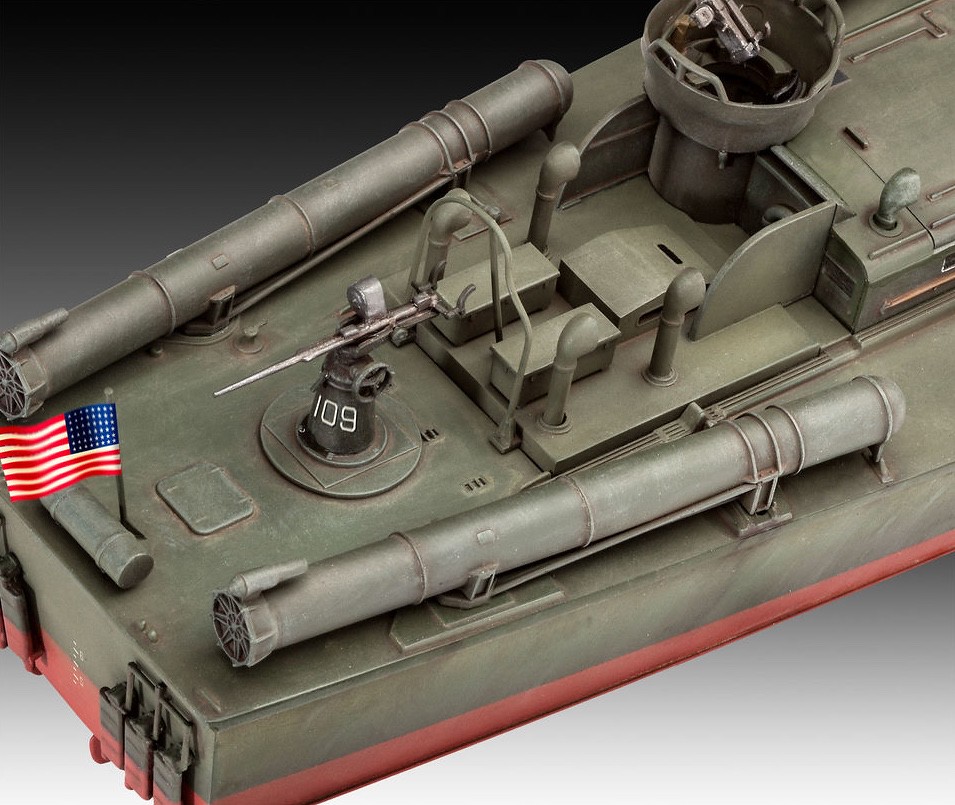 PROFILE
Jmarles (Julian Marles) said
Are you sure it's not a rebox of Italeri? the details look identical.

Are you sure it's not a rebox of Italeri? the details look identical.

That said, I was expecting a little more...it is going to
need a lot of work to make it a good model...much of the
detail is really oversimplified.

PROFILE
armyguy (David Miller) said
Built a few of the 109 in my time. The first one when Kennedy became president.
The retooling and the configuration of the 109 as it was for it's last patrol is interesting May have to build me another one. I can afford the 1/72 scale one more than the 1/48 and 1/35 one's They are on my wish list.

PROFILE
Kevlar06 (Russ Bucy) said
Hopefully the price point on this one will be just a little higher than the old kit. I've pulled out my old Revell PT 109 kit, and except for the 37mm gun and interior, the detail isn't that much of a change. The new kit looks a bit more crisp in many areas, but with the addittion of the White Ensign detail for the old kit, I think it would be a toss up if you built the old one. I sure don't like the way they drilled the holes in the deck around the rails to anchor the 37mm gun in the new kit, that just doesn't make sense. And look at the feed chutes on those twin .50s-- not sure they were ever made that way. The 20mm looks good though, and the interior detail is nice, you might be able to see it through the window ports.
VR, Russ

PROFILE
armyguy (David Miller) said
In doing a little research and looking at the pictures of the new tooled kit more I can see some of the other changes in the kit
Starting with the deck its smooth no planking the horn, search light,mast,and heater are eliminated .
To make this an out standing model the White Ensign detail set is a must.
Definitely going to get 2 or 3 of the new kit's Maybe a PT109 group build could be launched

that looks the same as the kit built years ago ,but if is a new one I want one .