PROFILE
Das_Abteilung (Peter Smith) said
I have discovered a new range of products - new to me, at least. I've long been a fan of Grandt Line injection-moulded styrene products for their simplicity of use. But of late they've become harder to find in the UK. I used to get mine from SB Models, who used to keep pretty much the whole range, but he's sadly closed down. Historex Agents are theoretical agents but their stock has typically been poor. The best source in the UK is now the 7mm Narrow Gauge Society: Grandt Line are still essentially a model railway company.

However, there's now a New Kid On The Block in the UK, NG Trains. He markets an own-brand range of injection moulded styrene nuts, bolts and rivets under the EDM Models banner. And I think they're excellent. The proprietor, Paul, has worked wonders with his website e-commerce package in the last couple of months and hasn't been well. So hats off to him and I think he deserves our support.

The concept is the same as Grandt Line, and there's nothing wrong with that at all. Each nut, bolt or rivet has a tail holding it to the sprue which is inserted into a drilled hole on the model with a drop of liquid solvent. The tails on the larger sizes are a bit thicker than GL's, but that isn't a problem. There's no faffing with punches and dies, slices of hexagonal rod, candles and plastic rod, nipping the tags off etched parts, cyano, and losing etched parts in the carpet monster. You can of course slice the heads off the tails and apply them flush where required, such as on etched brass parts. But where it is possible to drill the brass into the plastic underneath it makes a stronger join. The brass parts really are bolted or riveted on!

Price in the UK is comparable to Grandt line, cheaper for some sizes, and the smaller the size the more you get in a pack - same as with GL. The range of shapes and sizes is actually more useful for AFV modelers than Grandt Line, IMHO. None of these are designed for military modelling scales, although O and OO gauges are close to 1/48 and 1/72-1/76. But the beauty of nuts, bolts and rivets is that their sizes remain directly proportional in all scales, so a large nut or rivet in 1/72 may be a small one in 1/35 and will not look out of place. I think the parts are actually more crisply moulded than Grant Line, obviously being newer moulds and probably made by more modern methods.

Here are some photos I took of some of the products I bought. Smallest and largest rivets, plain and washered bolts. 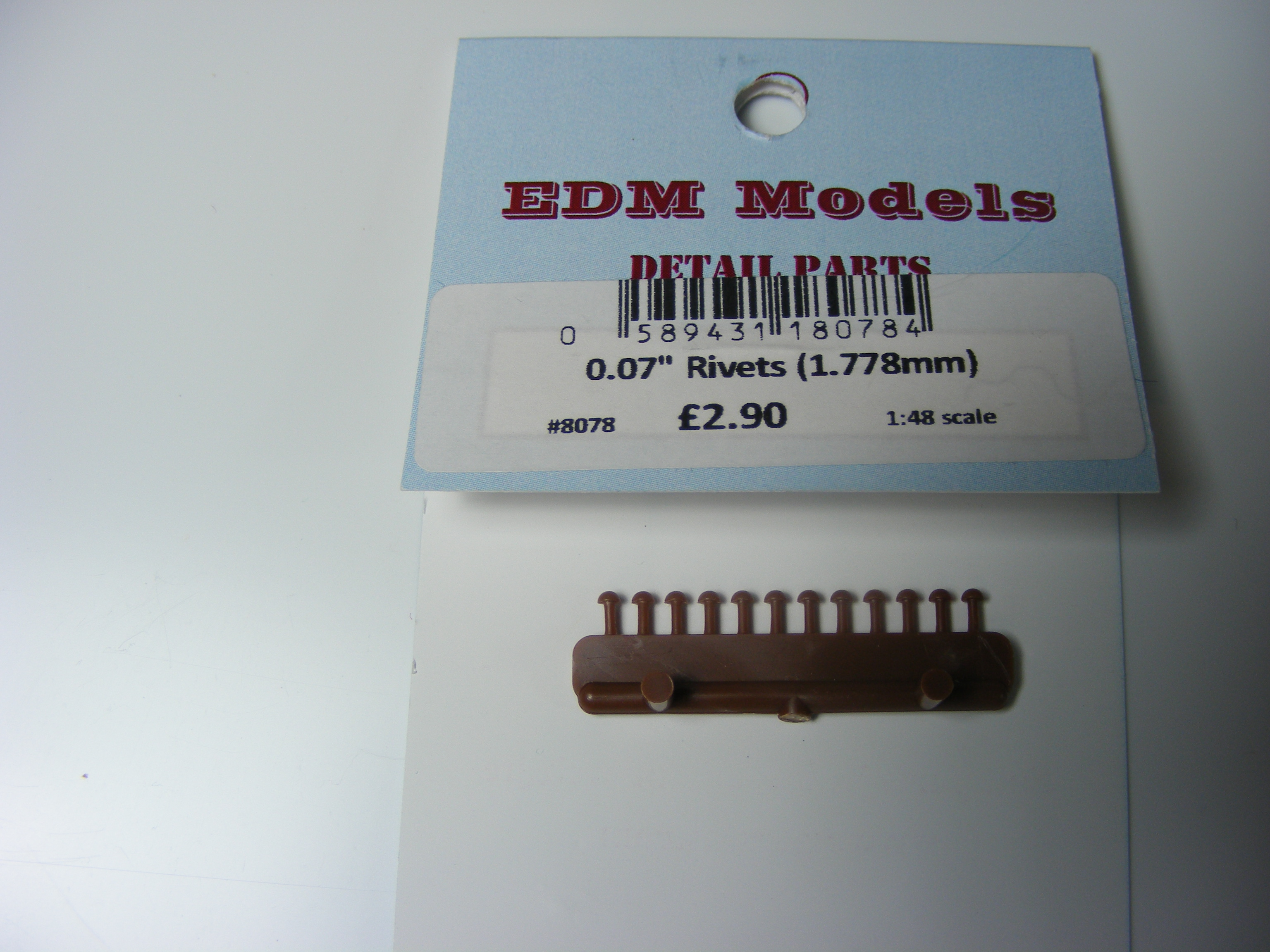 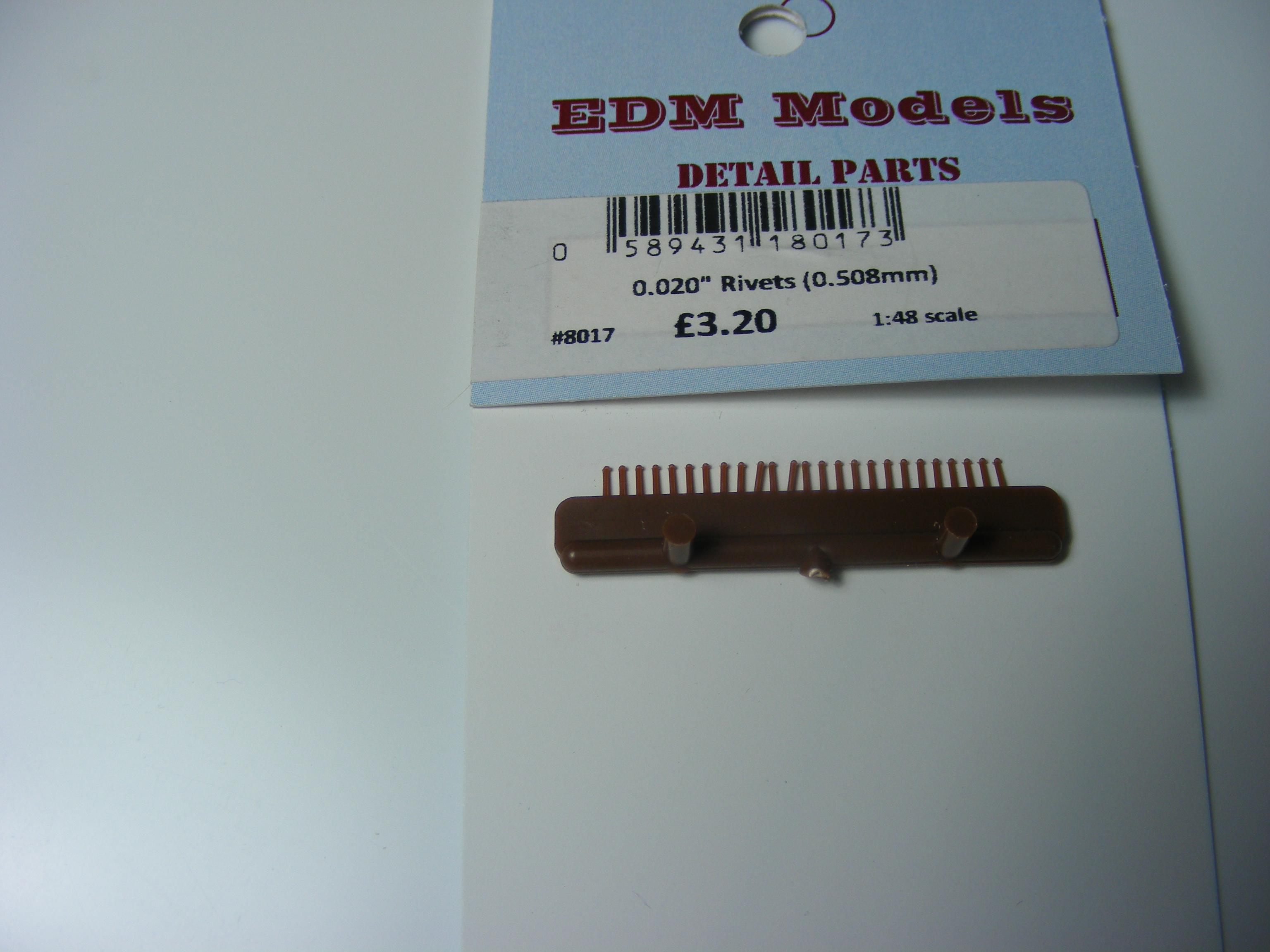 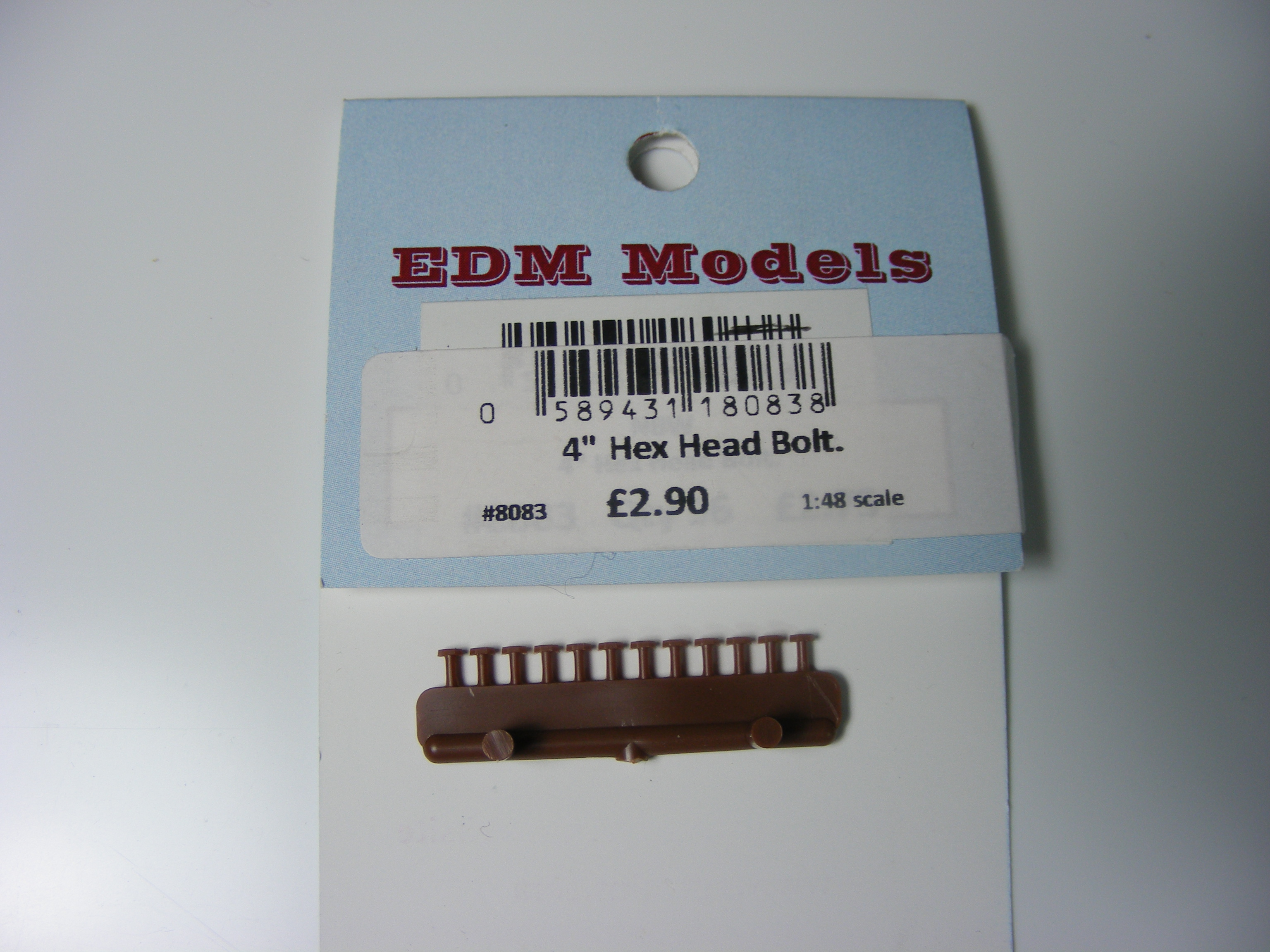 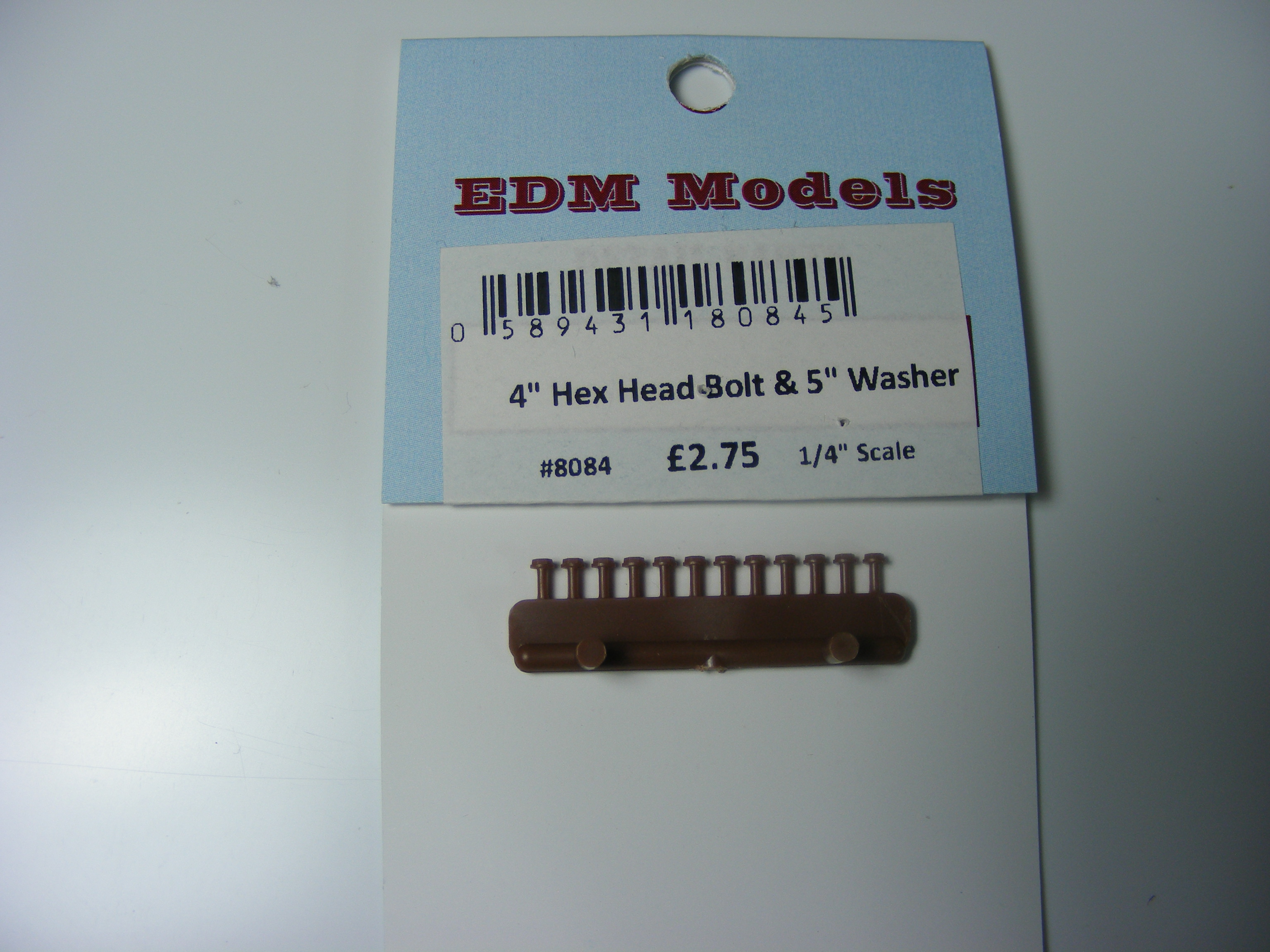 PROFILE
RobinNilsson (Robin Nilsson) said
Thanks for the links!
:)
/ Robin