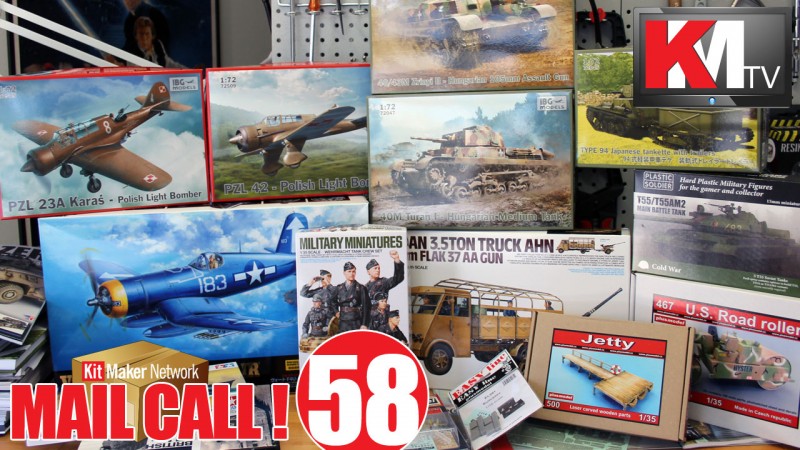 A bevy of new samples from the likes of Tamiya, Plus Model, IBG Models, and others. Tamiya's new Corsair D is present as well as the new Brummbär (white box).

If you have comments or questions please post them here.

PROFILE
russamotto (Russ Amott) said
My son is a tech type and keeps telling me the Samsung was always better than the Iphone. Good luck with the dogs. Lots of good things to look over here. The 15mm scale appears to be wargaming specific, similar in size to HO which is about 18mm according to the gaming boards.
Great nations do not fall because of external aggression; they first erode and decay inwardly, so that, like rotten fruit, they fall of themselves. The strength of a country is the sum total of the moral strength of the individuals in that country.
Ezr

About those comments on the 7K+ pages of regs for hiring ppl. You forget what state you live in

Ever thought of moving to the free world ? I did (former citizen of Ventura CA.)

All derogatory comments are mine and mine alone. Added this in case CA has some reg/law about not saying nice things... about CA. Also in CA this post could cause cancer.

PROFILE
VintageRPM (Mike Stucker) said
MM scales usually are used with figures. It refers to the height of the figure in millimeters. So, those 15mm tanks would go with soldiers that are 15mm tall.

WWW
MikeyBugs95 (Michael Goldberg) said
If you got a Samsung Galaxy phone, they are actually very, very nice phones. I think better than the iPhone. If you wanted to get ready advanced with audio recording, you could have gotten the LG V20 which has very high quality microphones and an extensive suite of audio recording controls (and a manual video recording mode where you can also tune the audio recording).
I do some 3D design work. Message me for more info on what I'm doing or have done. Inquire about a product catalog.

MM scales usually are used with figures. It refers to the height of the figure in millimeters. So, those 15mm tanks would go with soldiers that are 15mm tall.

Which is usually estimated from about 1/96 to 1/100 scale to as small as 1/144. Just like 25mm figures are supposed to be 1/72 But usually scale out to 1/64.
"The only thing a man should take seriously is the fact that nothing should be taken seriously."
Samuel Butler, Victorian satirist