Modeling in General: Other Sites
Place your announcements here please.
Hosted by Jim Starkweather
Another site on German weaponry

PROFILE
Savage (Eric Bass) said
Don’t know whether anybody has come across this site before, but here goes, the site is in German at:
www.lexikon-der-wehrmacht.de/inhaltsverzeichnis1.htm

Google’s translation helps out for the English minded, with this url:
http://216.239.37.104/translate_c?hl=en&u=http://www.lexikon-der-wehrmacht.de/inhaltsverzeichnis1.htm

The site translates as “Encyclopaedia of the Armed Forces” and in my opinion is very good indeed, to say the least. Just remember that it is a translation so Waffen SS translates to Weapon S, Panzer to Tank as in Tank I / II / III etc….. 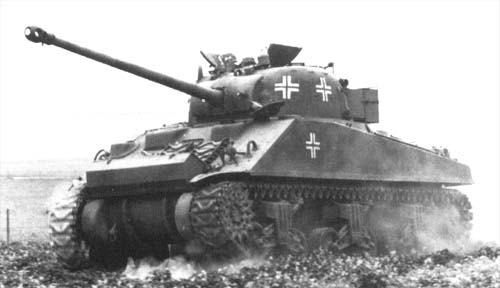 PROFILE
MEBM (Matthew) said
Thanks for posting that! It helps with every site there is! Thanks for your time.

If stocks always go up in wartime, then how come my Gestapo stocks aren't worth anything?

PROFILE
SonOfAVet (Sean Callaghan) said
Thanks for the link!