WWW
JPTRR (Frederick Boucher) said
I found it! Circa 1968 I built my second kit: Revell Apollo 11 Columbia and Eagle, 1/96, kit H1862. All that remains is this base and some parts from the LEM and Command Module.

Thanks to OldModelKits.com I have this box art:

PROFILE
JClapp (Jonathan) said
Nice artifact! It is amusing that the LEM feet are still stuck to the surface.
I have no models from that time, but I did recently come across this item Ive had since Christmas 1969.

It's staggering to think that was almost 50 years ago.

That is a wonderful memento!

Yeah, I did not do well with glue control back then, did I?

PROFILE
RobinNilsson (Robin Nilsson) said
http://www.snopes.com/quotes/mrgorsky.asp
Completely untrue, still funny though ....
In memory of Al Superczynski:
"Build what YOU want, the way YOU want to....
and the critics will flame you every time"

so much untruth has been generated around that event, it boggles the mind.

In 1969, my family lived on a remote military base with no television, (imagine that). we listened to the NBC news report over the base's one AM radio station. Black and white new paper photos must have followed in "The Hourglass" a few days later, but sadly none of those were kept.

This MATS aircraft supported the manned missions in that era from Kwajalein. One on my long list of models to build. 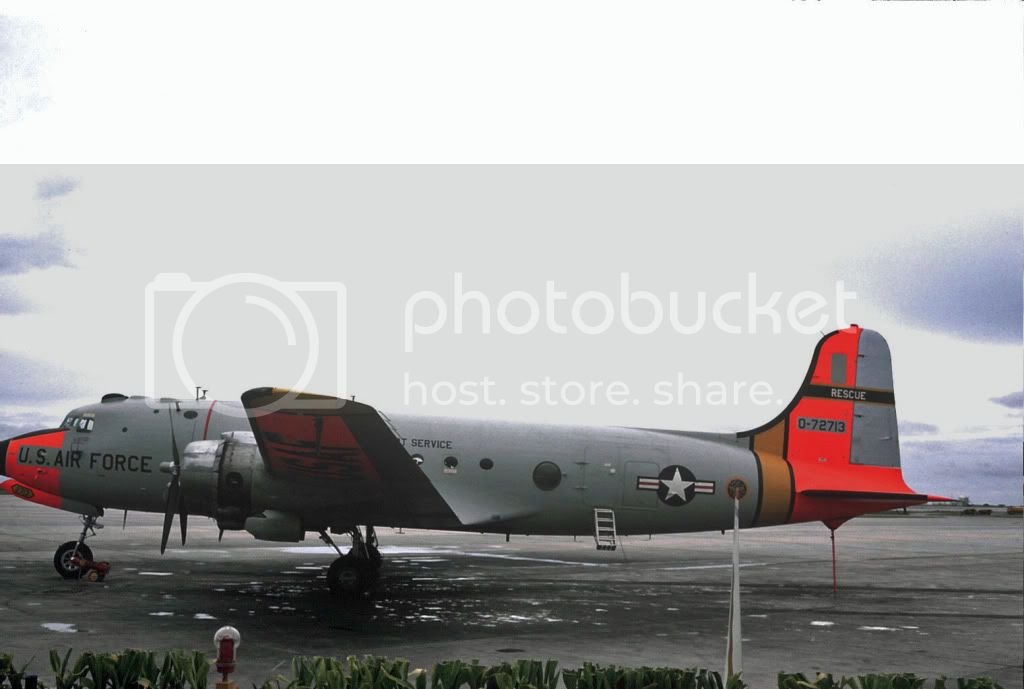 PROFILE
ahandykindaguy (Dave Clark) said
Conspirist's will have a field day if they find this post!!!

I have a picture somewhere, that my mom took of me in the living room of our PMQ, of me watching the landing on our black and white TV....

Do what you love, and love what you do... then everything else is simply an extension of that which drives your heart.

Conspirist's will have a field day if they find this post!!!

For Christmas 1968, seven months before Neil Armstrong's famous walk, my parents gave me the complete Revell Lunar Mission stack consisting of the LEM, Orbiter, Service module and a plastic base in 1/48 scale. The date on the instructions and box was 1967. This was a full two years before the LEM landed. It wasn't until much later (like 2004) I realized the model in the box was a Block I prototype-- and the Apollo program used a Block II capsule and service module for the mission. I still had that un-built model in the original box until about three years ago when I sold it and bought the more Accurate Dragon set in 1/72 scale, which correctly depicts the Block II for the mission. Conspiracy theories aside, I think Revell was definitely in "cahoots" with NASA to make sure every kid in America had a model of something in the space program. I suspect this was as much free advertising for NASA as it was an unwritten agreement to raise a new generation of scientists and engineers. I still remember what I was doing in July 1969 when that first famous step occurred-- I was in my parent's detached garage on a warm sunny day building a Revell 1/28 Sopwith Camel, a Revell 1/72 scale Nakajima Ki-43, and another Revell model that I can't recall now, in a marathon model building session. My Dad came out to the garage and told me there was something on TV I shouldn't miss-- to clean up and get into the house. A few minutes later I watched in awe as Neil Armstrong took that historic step on our grainy oval-ended TV picture tube--and stayed glued to the TV for 4 more hours. Why I never built that Revell 1/48 Apollo Lunar Landing kit, I don't know-- perhaps it was too complicated, then later I was holding onto it for nostalgia. I did build several other of their space kits, including the LEM on the moon base. A few months ago though, I began building the 1962 edition of the Revell "Salute to John Glen Everything is Go" Mercury capsule and Atlas booster with LC14 kit my parents gave me for Christmas 1962--an interesting kit to say the least. To us "old timers" I think these were more than just model kits-- they were a reflection of the experience of discovery we had in the 1960s--something I suspect today's youth take for granted just a little bit.
VR, Russ