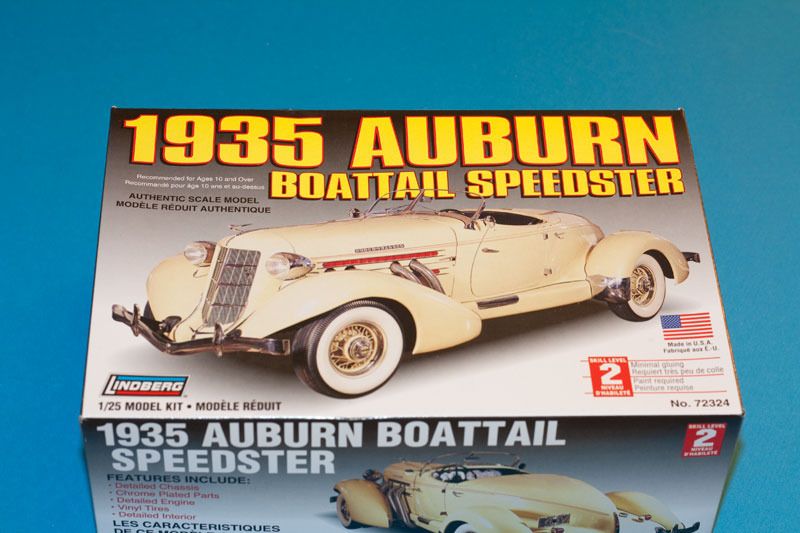 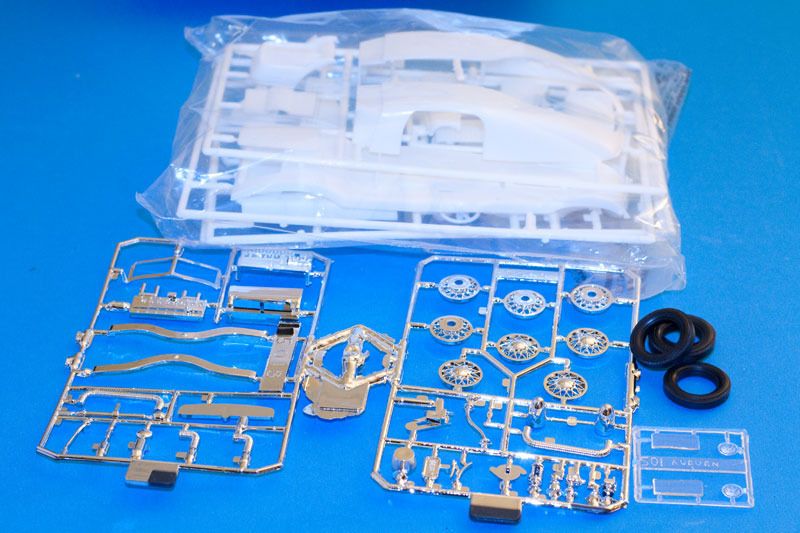 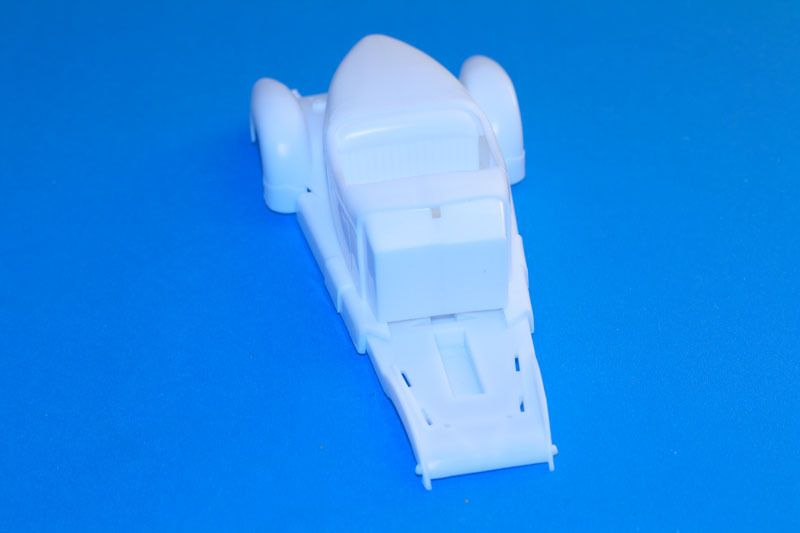 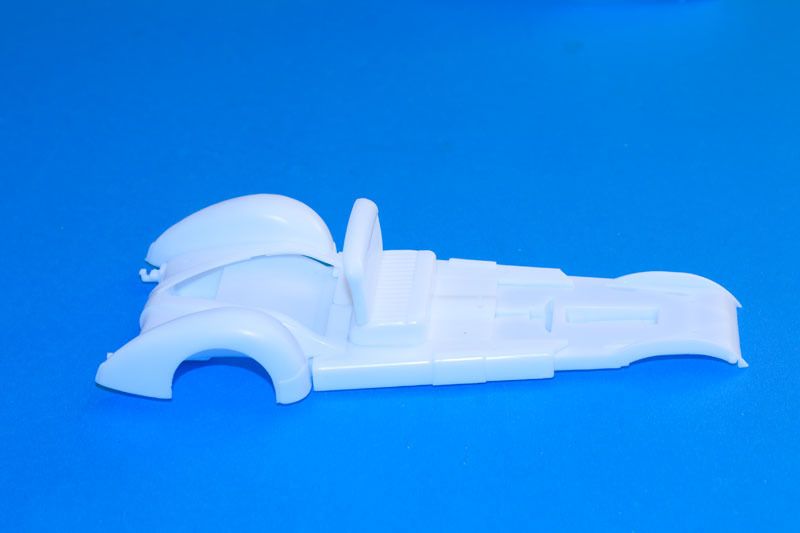 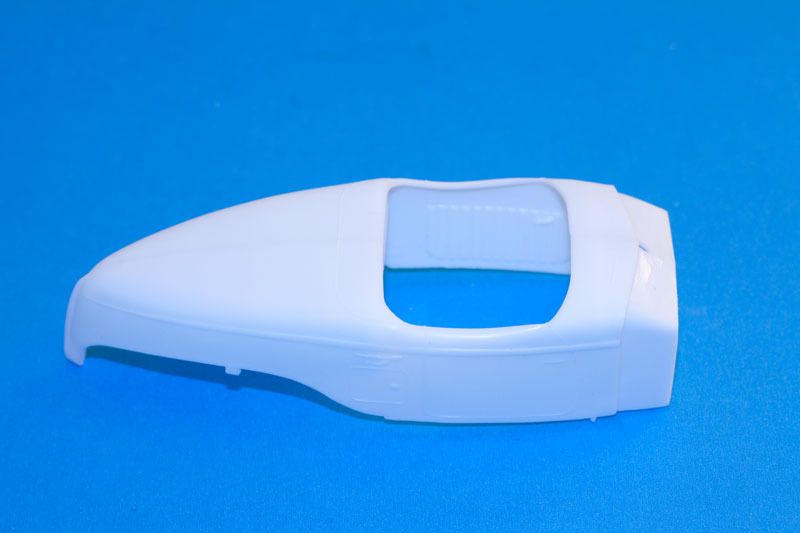 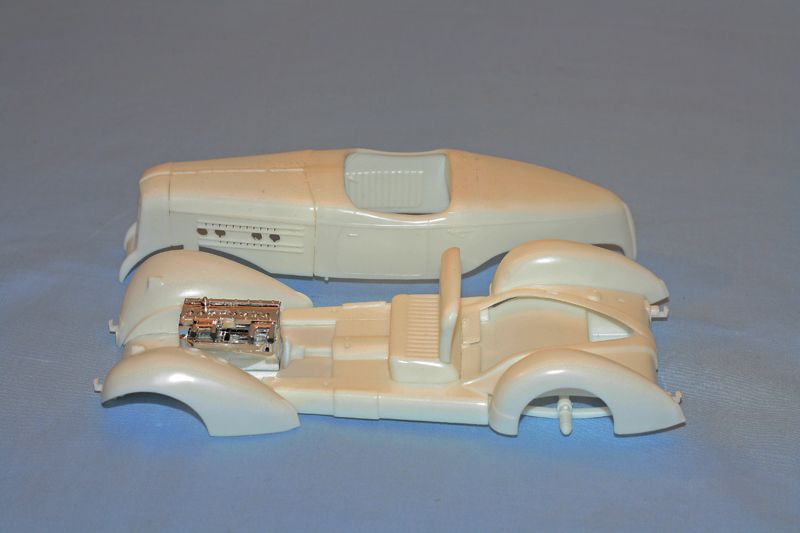 The motor will not be seen in the finished model, here is is used to locate the exhaust pipes through the hood.

PROFILE
Kevlar06 (Russ Bucy) said
Gotta be one of my all-time favorites-- the Auburn Boattail speedster. As far as I know, this is the only game in town for a 1/24 / 1/25 plastic kit of this classic. I have one in my stash I've been eying for a while now, thinking about ways I can improve the frame, doors and hood. I'll be watching your build for sure. Keep it up!
VR Russ

PROFILE
tinbanger (Richard Tonge) said
Thanks Russ
The model needs door hinges. And some work on the door handles.
I will be removing the chrome and using BMF.
I have found some photos on the net of a red and black one that I like so may well go with those colours

PROFILE
Kevlar06 (Russ Bucy) said
Yes, I've seen the black one with red trim-- there's also a light green one with yellow trim-- too many beautiful variations to choose from!! I had the privledge of seeing one first hand at a hotel parking lot in Provo, Utah back in 1997 while I was passing through on a cross crountry trip. It had just been at the concors in California and it too was passing through. The owner saw me eying it, came out, and seeing me drooling, offered me a ride around the block-- it was an incredible feeling riding in that high wheeled car with all that sheet metal surrounding you. It was the same color as the one on the kit box (which is a photo of the real thing, not the kit inside). This is as basic a kit as they come, but it's not bad for a curbside model either. I've thought of scratch building a frame, improving the interior, and thinning out some of the heavier parts for a more scale effect, but I do have to admit I'm also tempted to build it as is.
VR Russ

PROFILE
tinbanger (Richard Tonge) said
Shaved off the over size hood hinge and used filler.
I will use strip to replace hinge.