WWW
MGS_Polla (Luis Javier) said
Hi everybody! i just want to know if ever existed a katyusha with a 20mm flak... i have a katyusha truck and want to experiment by adding it the 20 mm flak... but i don't want to be an historical mess... :-) thanks!
:::----::::
Check more of my models:
http://xmartifacts.com

PROFILE
YellowHammer (John McDaniel) said
Hi Luis,
I took a look around the web but did not come up with any photos of German AA artillery mounted on Russian trucks. The Germans mounted the 20mm Flak 38 on many different trucks, included foreign/captured trucks, but I didn't find any Russian examples. I even found a photo of a Flak 38 mounted on the back of a schwimmwagen. The Russians had their own truck mounted AA guns, including several types of MGs, and 25mm and 37mm autocannon. I'm sure others here have better access to photo evidence than I do so I hope they can help you out.

One thing I did notice is that the trucks the Germans used generally had cargo beds where the AA gun could be mounted and secured. If I remember correctly, the Katyusha trucks usually had their beds removed to allow mounting the rocket launcher framework. If your kit does not include the cargo bed for the truck I think mounting the gun will be very difficult. If you want to be historically accurate or at least plausible, you might want to keep looking to find some photos of what you want to build. Also keep in mind that a lot of field modifications occurred without ever being photographed so if it makes sense to you, go for it.
Good luck
John

WWW
MGS_Polla (Luis Javier) said
hey john, thank you for your explanation, indeed, i couldn't find any image of this mixed vehicle. im sure a lot of things happened being without a picture, i just don't want to cause a real mess... anyway, this hobby gives you the chance to play as you like... i will continue searching for something accurate, and if not, its ok... i will build my Katyusha anyways :-D thanks!!!
:::----::::
Check more of my models:
http://xmartifacts.com

PROFILE
varanusk (Carlos Martin) said
If you have a zis-5 you will hardly find a more original cargo than this: 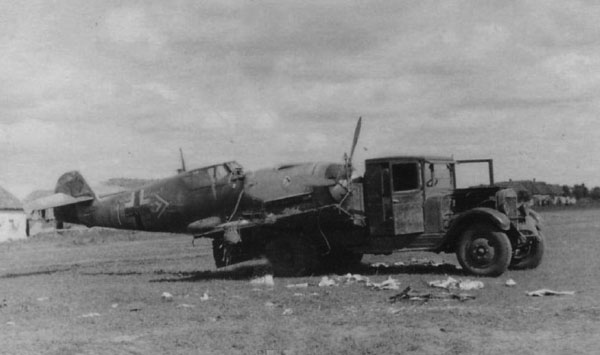 WWW
MGS_Polla (Luis Javier) said
hey Carlos thats a great finding! in fact yes, i have the truck and the Katyusha...
:::----::::
Check more of my models:
http://xmartifacts.com