Modeling in General: Other Sites
Place your announcements here please.
Hosted by Jim Starkweather
Pilots involved in the Battle of Britain

An enlightening infographic produced by the RAF Benevolent Fund showing the many nationalities who fought alongside the Brits in the RAF during the Battle of Britain. ‪#‎BoB75‬ ‪#‎BoBPoles 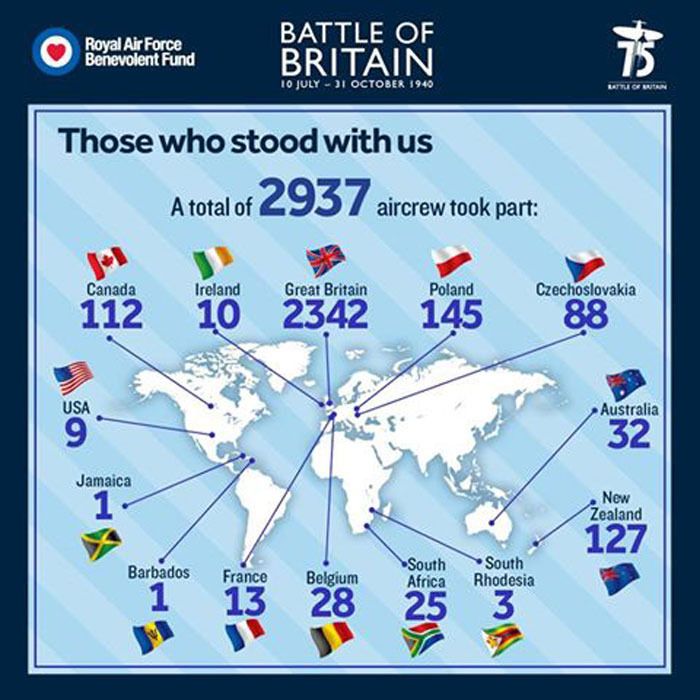 PROFILE
edmund (Edmund forsythe) said
Who was the one from Barbados ?