WWW
PanzerKarl (Karl) said
New film out 2014 staring Brad Pitt and Shia Labeouf about a sherman tank crew that go on a deadly mission towards the final days of the war.
Think its based around the tank that is called Fury. 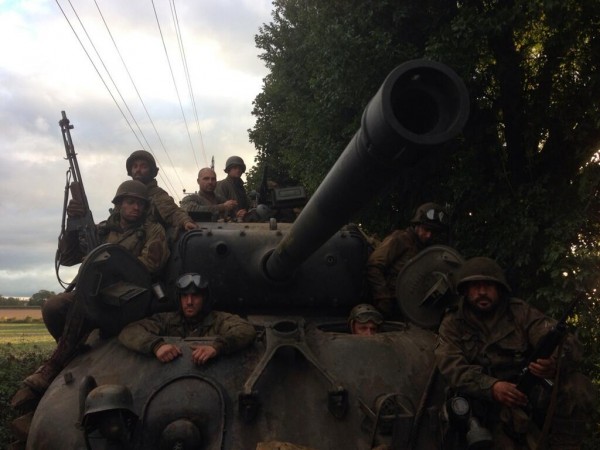 Hope they have done a good job on this movie and not another over-hyped Hollywood garbage.

Never in the field of scale modelling was so much owed by so many to so few.

PROFILE
Ironmike (Mike McQuade) said
Hi Karl,
I must apologize for posting another post on this very subject. I did not mean to steal your thunder.
I, too, hope it isn't a summer blow up that is forgotten by August. It sure looks good and that Tiger from Bovington is the last known working Tiger that was captured in Tunisia back in 1943 and salted away.
Ironmike

PROFILE
Ironmike (Mike McQuade) said
Karl,
I forgot to mention that I hadn't scrolled down far enough to see your post.
Ironmike

PROFILE
retiredyank (Matthew Nethery) said
It looks like they will have Shermans. This is something I don't understand. Why have modern movies strayed from using the actual tanks? Armor from the Axis powers of WWII is understandable. But, the US produced thousands of Shermans. These can be seen in older movies, but not newer ones. Patton is an exception. Why not use Shermans? I don't mean for this to be a rant, but rather a query.
Ideals are peaceful. History is violent.