Tools & Supplies
Discussions on the latest and greatest tools, glues, and gadgets.
Hosted by Matt Leese
Why would I need a set of Calipers?

PROFILE
didgeboy (Damon) said
Trying to figure out why I would need a set of calipers? Do many of you use them, if so what do you use them mostly on? I do some scratch building, but not a ton, although I do have high hopes of making a few tank transporter trailers in the future. I mostly work with modern armour, some planes and ships. . ..cheers.
On the workbench:
Trumpeter Faun SLT 56
Tamiya A- 10 1/48
Academy 1/700 USS KITTY HAWK

PROFILE
wonktnodi (R.J. Carlson) said
Hey Damon, I use a set of 6" dial calipers and a 1" micrometer all the time when I build. I do some scratch building as well but calipers are great for measuring various items and are a great help when marking a layout for complex scratch builds. For example I'm currently doing a build log "Death by Panzer IV" and I had to re-build one of the Verlinden interior parts. I used the my calipers to measure the part, the interior of the panzer iv hull, and get all the dimensions for the three ammo racks on the right hand side og the part. I then measured the diameter of the brass ammo Dragon added to the Panzer IV Ausf.E so that when I got the ammo rack built I coould then fit the brass ammo if I wanted along with setting up the holes where the ammo would fit. I've also run into points on other builds where alignment pins in the kits were either too big or too small and I was able to comensate for that by knowing what the diameter needed to be. Like all tools they're very handy to have. Here's a couple pics.

I find that the digital calipers are fantastic for transferring scale measurements to plastic as you can set the measurement and lock them. That way you get a consistent dimension marked either by scratching as an arc, pressing the point or scribing using one edge to follow on the side of the plastic and the other end to scribe a line in the plastic to mark out thin or thick strips.

Once marked it is easy to find the line with the edge of a craft knife to scribe a cutting line for snapping the plastic.

I never used to get the same dimension twice with a ruler no matter how I tried before. At least with the digital calipers you can repeat a fine measurement even after you have worked on a different measurement before.

I have two that I use, about 160mm and 100mm long and I use one for taking a measurement of a drawing or detail sketch (say 1/6 scale) to calculate up to the real dimension, and then use the other to mark the plastic when I have the 1/24 scale that I am tending to use now. That way I can regularly recheck the dimensions on the drawings or the model without mixing up.

Well that is the theory anyway.

I would not be without them now.


"Procrastination is the art of keeping up with yesterday."
Don Marquis

Procrastination isn't the problem, it's the solution. So procrastinate now, don't put it off.
Ellen DeGeneres

PROFILE
didgeboy (Damon) said
Thanks boys, I knew that someone could provide some insight here. Cheers.
On the workbench:
Trumpeter Faun SLT 56
Tamiya A- 10 1/48
Academy 1/700 USS KITTY HAWK

PROFILE
18Bravo (Robert Skipper) said
I've only had mine for about a year, but now I still usually "eyeball" most things. Still, when a critical measurement is needed, you can't beat them. Plus, you can use them to end persistent rumors of a kit's turret being too high, or make the coolest foot controls ever. 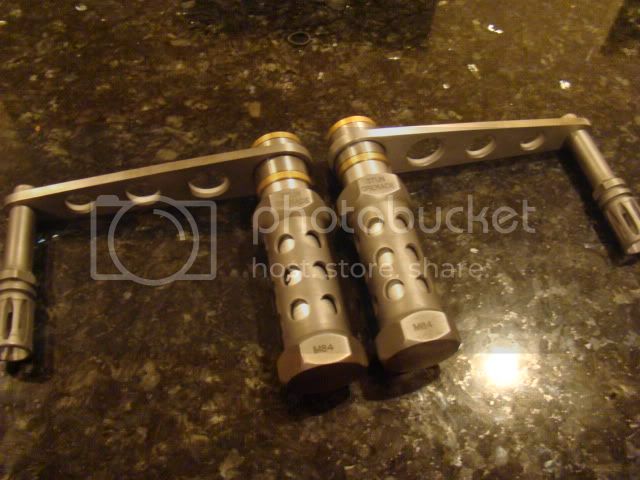 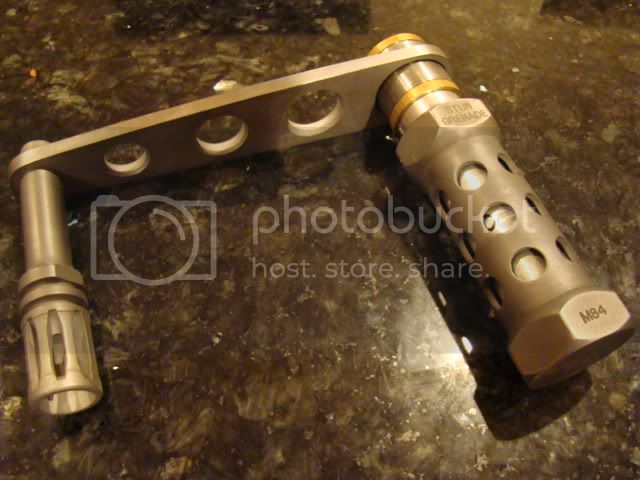 PROFILE
old-dragon (Bob Chawgo) said
Damon, I've used them everyday at work for the last 24 years, so using them at home for modeling is a no brainer for me.....they're great for checking thickness of a car's rear fender tail when adding length for a custom build, or simply checking out how thick that piece of sheet stock laying on the table is. I use a digi caliper so I can convert any metric specs I find to standard too. A good compass and cirlce/elipse template are always handy things to have aound as well. I also have my old 0-1" point mic here as well...it's out of spec in the mid range area from too frequent use in that range, but I know she's good on the low end and top end....
...here's a tip for anyone looking to buy a used micrometer of any type since a nice new starrett will run you about a hundred{and that's non carbide tiped}......mics getting used in a certain range for a long time...say .380 to .530....will eventually get worn threads in that range and get sloppy. Now you can remove the thimble{rotating end} and tighten the ring alittle on the anvil{main body} but you'll still have wear in that range and it'll now be tight anywhere else in the read{0-.379 / .531-1.000}....I suggest borrowing a set of gauge blocks that offer you mulitple reads for the mic in question...these blocks are roughly 6 to 8 different thicknesses for being measured off of to check a mics accuracy at that read/range. Now mind you, this can all be taken with a grain of salt{mic it if you wish}, because my old point mic for reading the depth of a punched hole in a rivet{head to point-not sidewall which is getting more common now} was 1 1/2 thousand off after 14yrs...gee, go figure.....so if you don't mind the mic in question being that far off, it's ok, but in my line of work where some parts are +/- .002 spec{most are +/- .005}, I have to pony up for a new mic. My use is 10hrs a day x 4-5{or 6} days a week.
It simply comes down to how accurate do you want/need when it comes to a used mic...food for thought...because sometimes there's a reason the person is getting rid of it aside from it just doesn't get used anymore.
I've used Starrett's for years{$$$} but there's plenty of others out there that will do the job fine for less money... we've been using alot of the harbor freight depth gauges at work simply because they're cheap at $35ish a piece compared to mitutoyo and Starrett being over a hundred. Yearly certified accuracy checks have shown the cheapies to still be good!

-I say I have two kids- one son & one daughter...my wife says she has three- one son ,one daughter and one husband.