PROFILE
Sqrootof5 (Caleb ) said
After being done with my exam today and I've found time to do some building, i switched on my air compressor and to my horror i found it has sprung a leak. It does not auto-cut when it reaches the preset pressure and keeps running on and on and is at risk of overheating.

After some tracing, I have found the source of the leak. A plastic box seems to have cracked. I have tried contacting the shop and they only suggested that I could bring it down and see if anyone has any ideas. Can this be fixed? Would it still spring a leak if I seal it back with say epoxy glue? 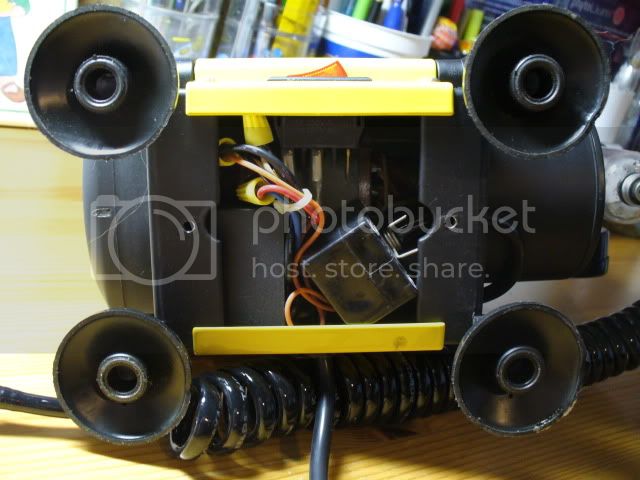 The following two images show the plastic box i was mentioning and the cracks. Does anyone know what is that box called? 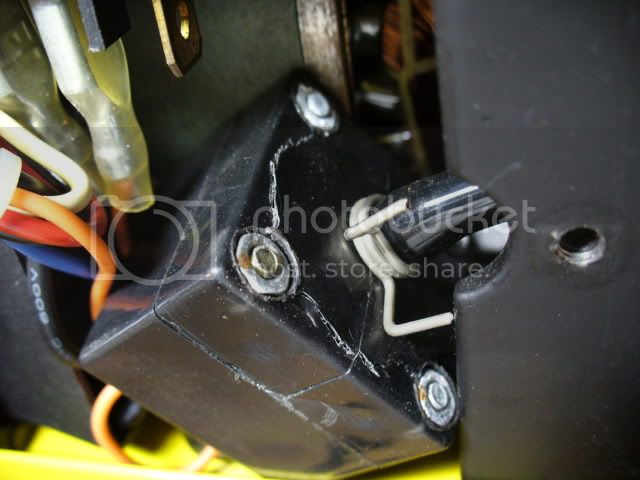 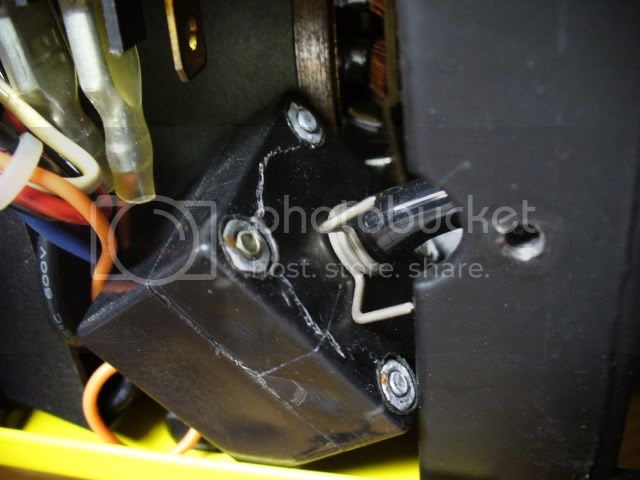 Specs of the compressor in case its needed. 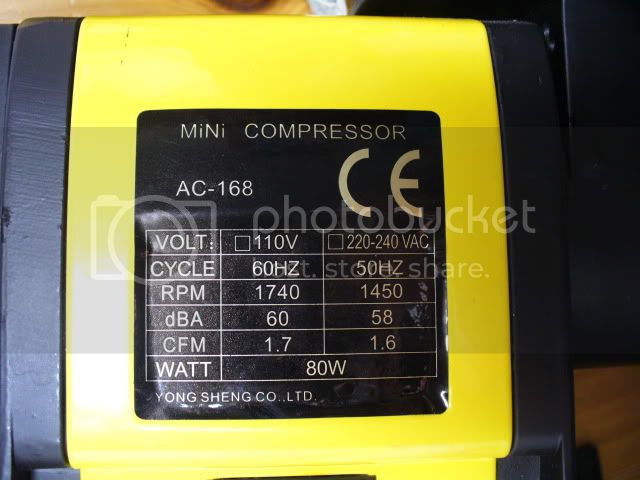 PROFILE
retiredyank (Matthew Nethery) said
If it isn't under some sort of warranty, it does seem that epoxy would be your best bet.
Ideals are peaceful. History is violent.

PROFILE
old-dragon (Bob Chawgo) said
Like Matt said...see if you've got any warranty from the compressor maker or if the compresssor maker can sell you another replacement part cheaply since your a "loyal customer". I've never seen that type before to be honest.

That "box" is most likely your "pressure cut off switch"...does that tube "T" from the outgoing supply line?...I bet it does.

Failing the above, try 30min epoxy on and around that tube, then make up a soapy water mix {one drop dish soap to a small cup - 3oz - and brush the liquid on looking for leaks....re apply epoxy where needed if you find a leak and cross your fingers. you may have to find another pressure c/o switch elsewhere and adapt it...hopefully not.


-I say I have two kids- one son & one daughter...my wife says she has three- one son ,one daughter and one husband.

PROFILE
Sqrootof5 (Caleb ) said
Thanks for the replies guys.

Bob: Yup. that tube is the outgoing supply line. So I guess that box is a "pressure cut-off switch".

There's no warranty on it. Going to remind myself not to get this again in case its a problem with this particular brand and that it was not my "luck" that I got a bad piece. The compressor is only around maybe 2 years old max but I think its less, around 1year+.

I'll think about it, might just epoxy it back or just use this excuse and get a new one.