PROFILE
Adamskii (Adam Lehmann) said
OK bit of a rant here ..
But I will park the rant for later - first I need information to find out if this is an isolated situation or common. I have a question about table loayouts for competitions.

Model competitions in general have many sections, and in pretty much all of them excet dioramas and figures, Can be displayed with a front on viewing angle. A car, plane, boat, tank, truck etc usually has two sides that are pretty much the same. So when laying out the tables for a competition, I guess its not critical that all 4 sides are seen, the front back and one side ( as well as top down veiweing ) are appropriate. Essentially one side of the left or right will be a mirror image of the other.

In the instances above, arranging the trestle tables in large sqaure patterns probably would'nt interfere with what the modeller was trying to achieve in displaying something to the audience. Of course I would always prefer the model be able to be veiwed in as many was as possible.

Dioramas and figures generally dont have a symetrical appearance and probably have different details when viewed from all sides. Especially dioramas where there are forests or buildings, bridges and landscapes - often the diorama is planned to have small details revealled by changing perspective on the diorama, and not viewing it from a scope of angles biased to the "front" of it.

So in this case, I would argue why would you restrict viewing of the dioramas/ figures with a trestle table arrangement that would mean for a person to observe the back of a diorama, they would be veiweing it across several meters?

From he comps I have seen either in person or on photos, generally tables are lined up in a long lines that are 1 table deep so people can see both sides as they walk up and down. It is unusual to see "round table" formats where several tables are arrangewd in a square pattern so that there is a large void area in the middle which no one can access. If this is even an option you would think that the display room for the entries is generous and not tight.

I understand if its a small room and the tables must line walls and only see a front viewing angle - thats just common sense.

So my question is, what format do the tables take in your larger regional competitions? where there may be several hundred entries? Long corrdors of tables? or some other format ?

Atach3ed two pictures of what I mean - long tables viwed from both sides or the square type with no internal viewing.

I am especially curious about IPMS or such organisations that seek to standardise judging between comps as sure such things also would be a factor.

I ask all this as obviously I want to display a diorama, but am dissapointed if the public will only see 3 sides of a 4 sided work, and would question why make the effort to attend such a competition that didnt take this into consideration. 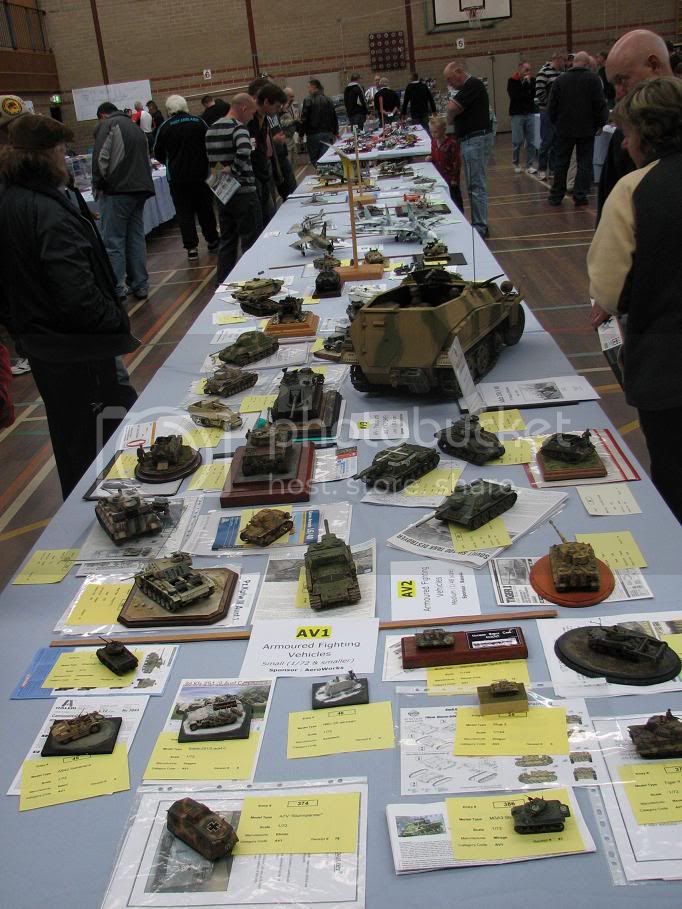 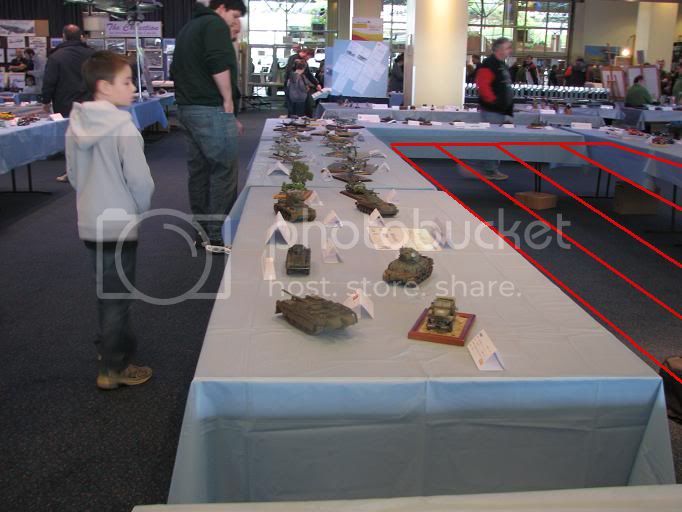 PROFILE
grayghost666 (Bruce Miller) said
Hello Adam.
I know a builder that only does static build with with or no Grass, tree, Buildings. ETC and he uses 3 a part mirror to show the back of his build. It is right behind the the model and and the othe 2 on at 90 degree angle.
I am not sure it is O.K. with all of the riles, But ti will show the build from all side.
I hope the helps and you need to make sure it is O.K. with the Judges and the rules and the organization you have joined to enter you build
Cheers,
'Bruce

Fair Winds and Following Sea's, Always.
To my Friends, Death is as Light as a Feather, Duty is as Heavy as a Mountain.
I will all have my Hand on your Shoulder. Do not grieve for me I will allways be there for You.