PROFILE
AJLaFleche (Al LaFleche) said
Here is Smart Maxs resin Cyclomaton Mk II in 1/35 scale.
According to their website, Following the explosion of the protoplasmic capacitor and the lynching of several members of the Mekazylum, most Steamlords have felt the need for a dissuasive personal support. Heavily armed and very mobile, Cyclomatons reliably fulfil that purpose. At least as long as the parameters of their mission are not too numerous. Thus, Cyclomatons love simplicity  in a very mechanical way, of course -, so make sure they never regard you as « superfluous data » !
Source: Smart Max.
Kit is built oob with a Plus Models dead rat in the street. 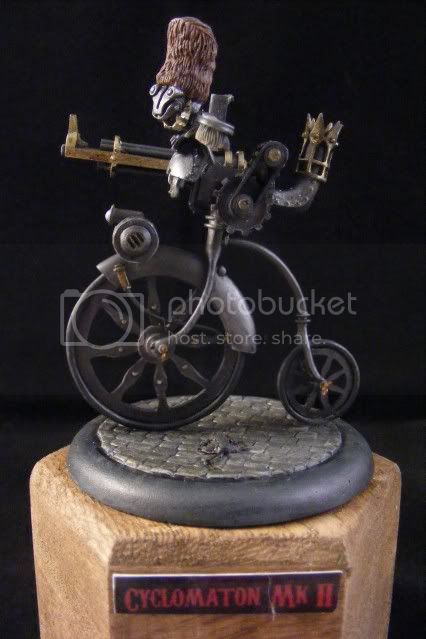 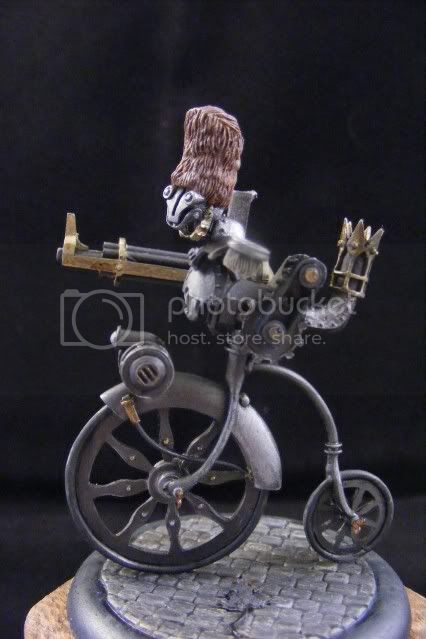 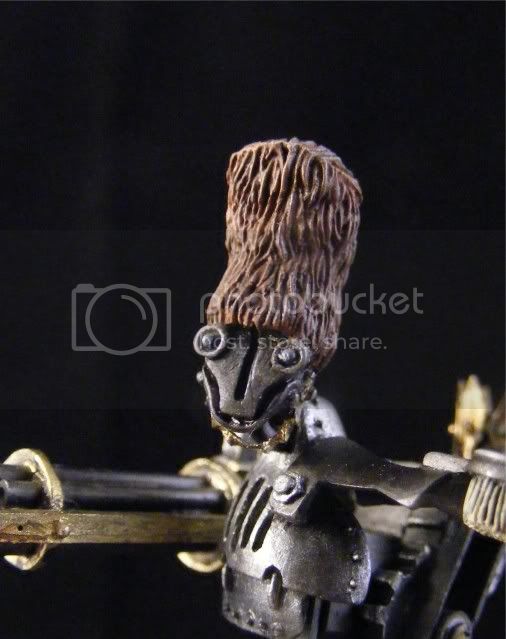 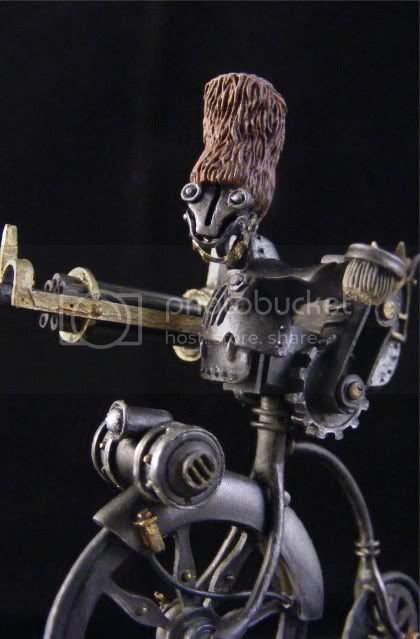 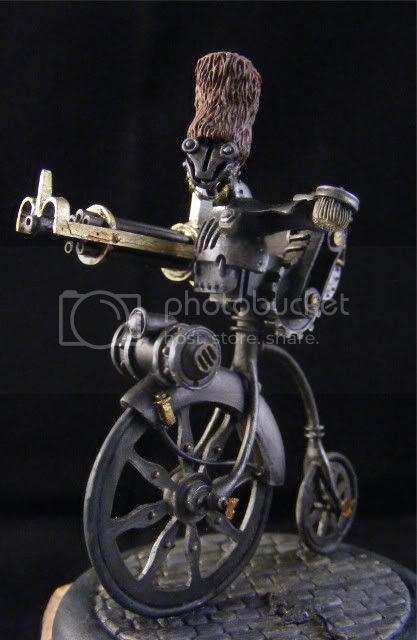 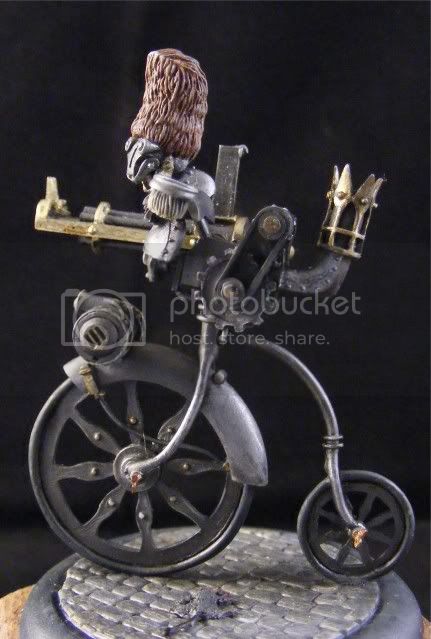 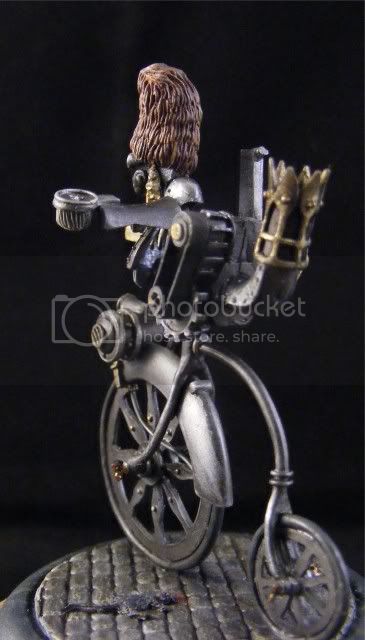 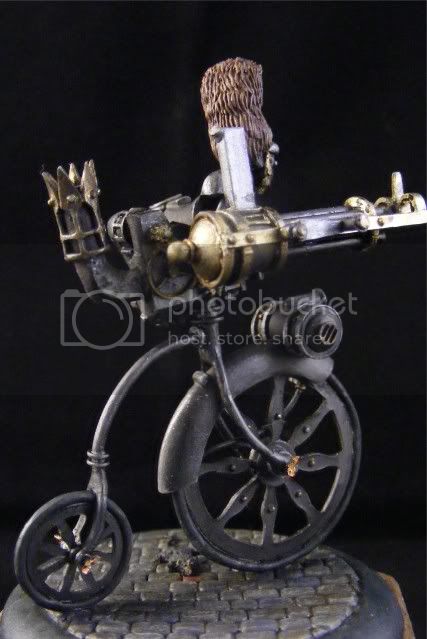 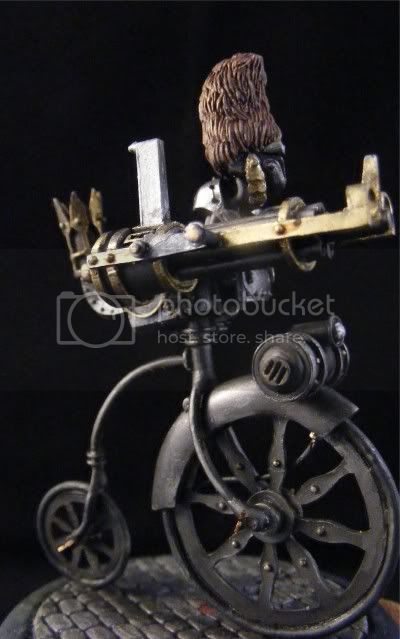 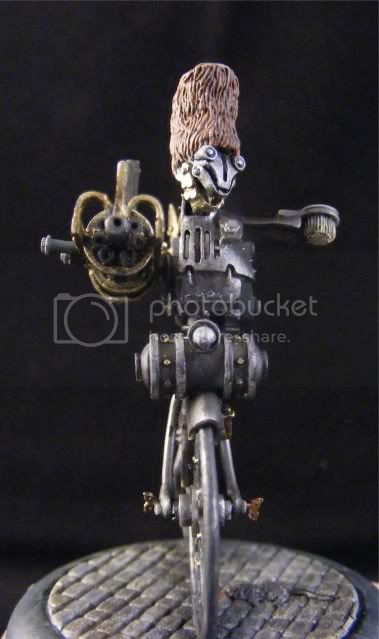 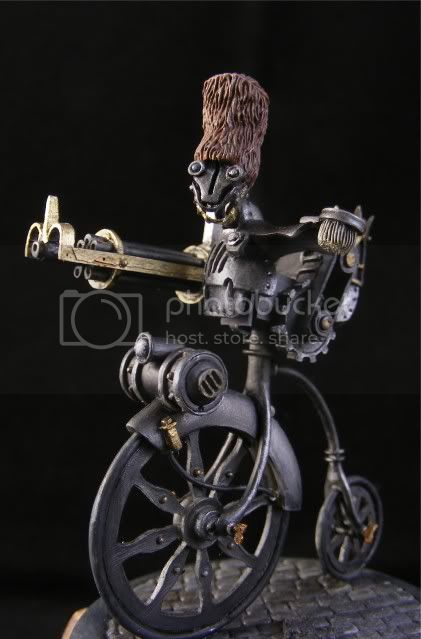 PROFILE
18Bravo (Robert Skipper) said
I'm a big fan of steampunk myself (and to a lesser extent dieselpunk. One of my projects is a nice brass/wood steampunk keyboard.

Anyway, the MK II you have pictured here, while heavily armed, fell out of favor rather quickly. The short wheel base, although highly maneuverable, was not very stable. (I think the front wheel exhibits almost negative trail) To top it off, it just didn't look aggressive enough.

It was eventually replaced in front line service by the MK III shown here during R&D, but is still used in second and third echelon units.

Note .50 cal. charging handle and mysterious tubes in the rear of the machine: 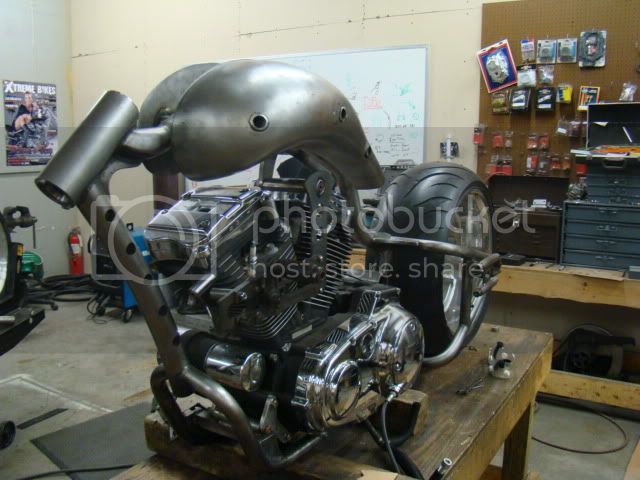 Note this lever on the right. Now THAT is steampunk. Pretty ominous looking too. Wonder what it does? 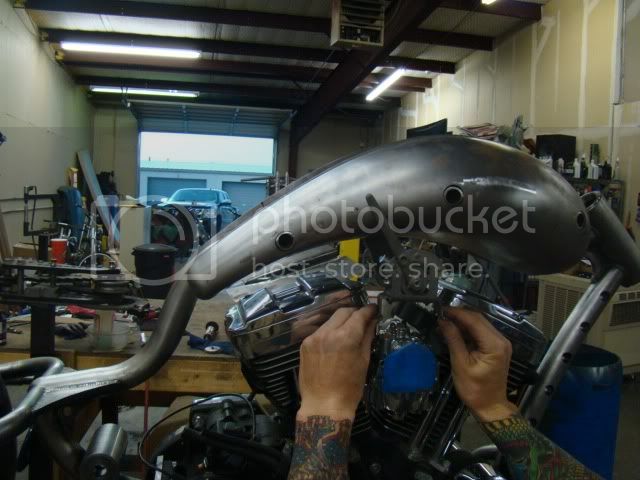 PROFILE
18Bravo (Robert Skipper) said
Henk and others: THIS is steampunk. And lethal. 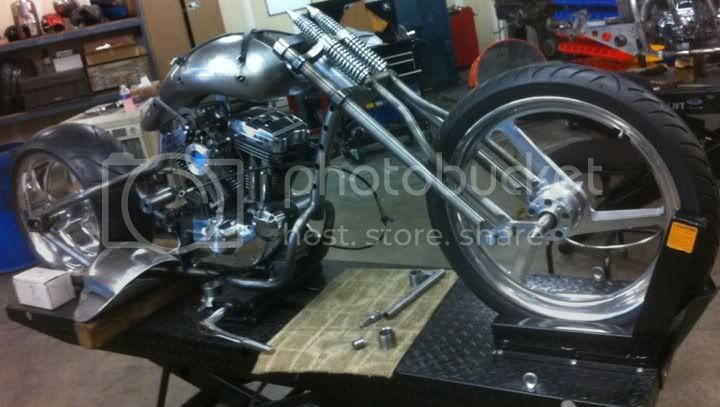