PROFILE
lespauljames (James Cann) said
Me and willow like to game of an evening, lately its been Men of war, by best way. singleplayer is great, but as i have finished that, im now playing MP quite intenseley.
and last night i got fed up of sending out advance parties just to be mown down by MG fire,
So i securely blocked off my left flank with Hedgehogs, AT mines and a AT gun at the end of the pass, and on my left flank a built up an encirlement holding a LARGE amount of AT guns. usually, one of these AT guns (i was British Willow was German) would not penetrate the front of a sturmtiger, but 15+ at guns at once totally anhilated it. okay it was onyl a sturmtiger, but ant tank wouldnt have stood a chance from multiple guns firing from multiple angles 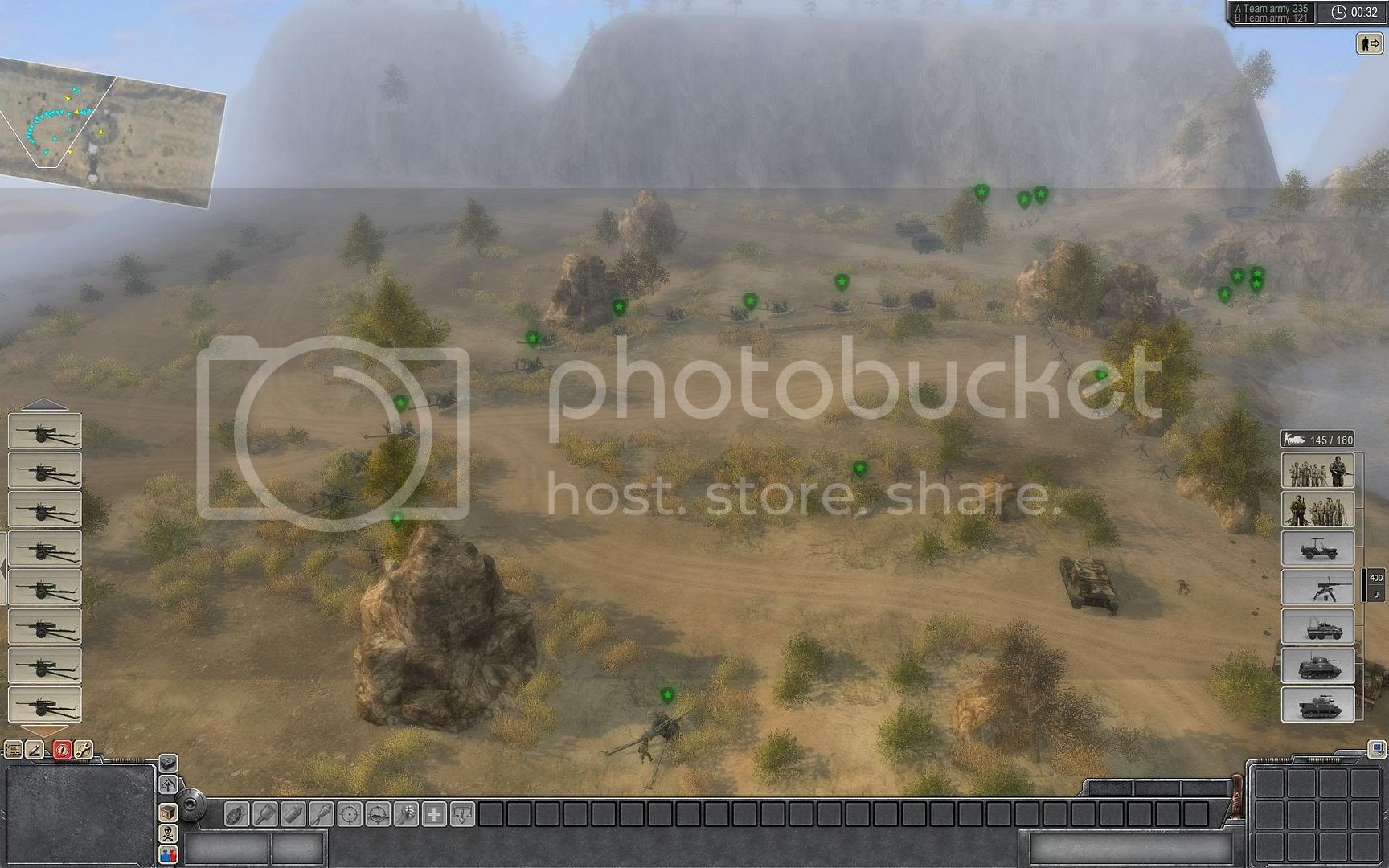 PROFILE
modelmaidenwillow (Willow Stancombe) said
That was harsh, you tricked me!

PROFILE
calvin_ng said
james looks like a great game, i just got started with company of heroes and i must say it is addicting

. but men of war looks to be just as fun.

PROFILE
lespauljames (James Cann) said
Hey Calvin , i used to be a COH follower, but turned to this after completeing the campaign just too many times.
on Men Of War or even Faces of war(its predecessor) the gameplay is less arcadey, and much more in depth, for instance, everything has an inventory, there are 10 times as many units as on COH, and you can Direct controll then if you wish. Press End, and your driving a King tiger, or a Kv1 through buildings, shooting with AP and HE rounds, you can control men also, in the newer one, you can constuct defences, sandbags hedgehogs, wire.
one of the most addictive and still refreshing ( after about a year of playing FOW 1st)
the campaigns are very difficult at points, making you really think. in Fow the campaigns are longer and more varied, MOW focuses on the russian front and northa africa (the only europe we have is in the Bonus missions)

wow i could really go on and on.

PROFILE
calvin_ng said
man, james your really pushing me to go get this game. does men of war let you use the major countries involved in WWII? it looks like men of war is more realistic and graphicly better. in COH you had to upgrade each sherman tank individually to a 76 mm gun tank, when i upgraded it, it had the same 75mm turret and a 76mm gun. the AP and HE rounds in MOW is really interesting IMO 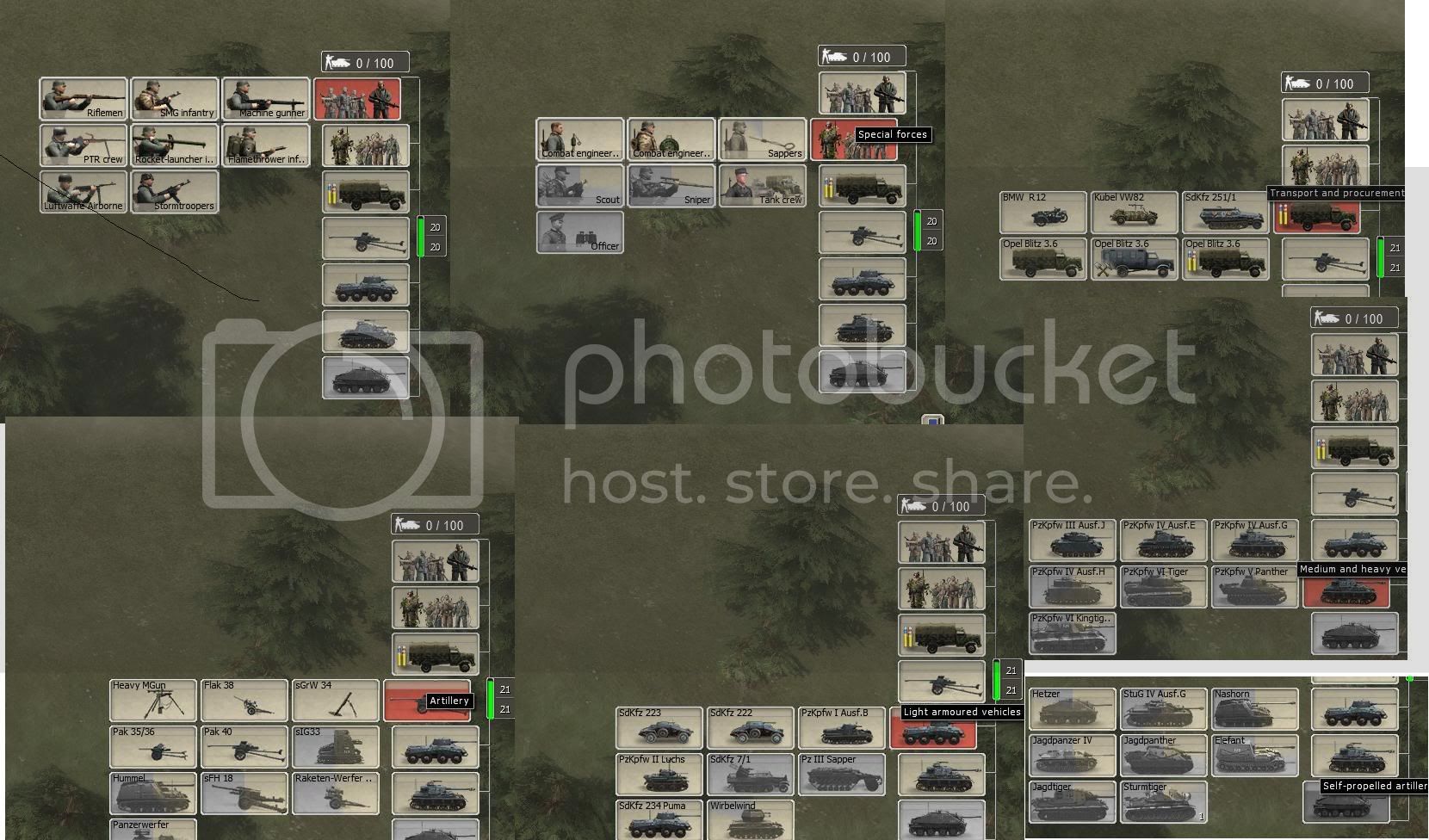 . im dont considering this game, its definetly on the wants now

PROFILE
lespauljames (James Cann) said
i think you will enjoy it, !
Support Our Troops! Hit the Yes button If you find reviews or features helpful.

noone plays Combat Mission any more

it's my favourite WWII based game but it's SOOO old now


I might give this a try and see how it measures up... it certainly looks nice

Visit my blog at scalemodelmedic.blogspot.com

PROFILE
lespauljames (James Cann) said
Hey Jon, id say give it a go, Single player i a blast, but a lot of people complain about the voice acting.
ill see if i can pop together a few clips from fraps and post em up on youtube
Support Our Troops! Hit the Yes button If you find reviews or features helpful.


Also! Please check this out, ITS AMAZING!!
8 Bit Trip