Scratchbuilders!
Built a model or part from your own materials lately?
Hosted by Mike Kirchoff
E.V WIP

PROFILE
jschleicher (John Schleicher) said
Here are a couple of shots from my current project, a scratchbuilt Fokker E.V in 1/72 scale.

In this composed shot, the fuselage molds are almost finished, just a bit of fine tuning and they'll get split apart and take a trip to the vacformer. Also in the shot are a couple of spare basswood "blanks" that made the fuselage, cutout templates for the basic shape, and a quarter to give a sense of scale. 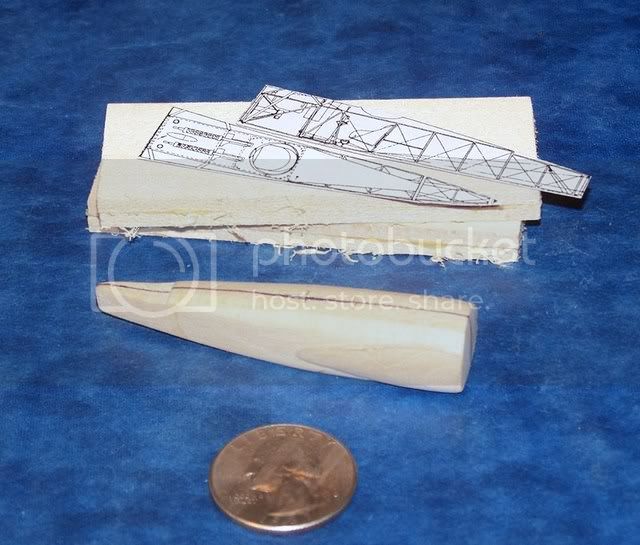 This is a shot of the almost completed wing. It is made up of more laminated basswood, and will get a coat of superglue to seal it, get sanded, painted, and have control surfaces added.

This is my first attempt at an almost totally scratchbuilt aircraft. The plan is to use Copper State Models Spandau's and Ur II engine, with everything else being fabricated. As long as the "work thing" dosen't interfer to much, I'm hoping to get this done in about 4-6 weeks.


Looks great!! Please post pics of your techniques and progress.